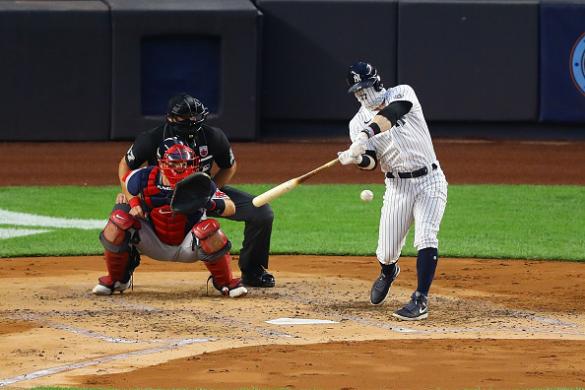 This season has been a complete mess, with constant PPDs due to COVID-19 and players having the ability to opt out at anytime. St. Louis finally just started playing baseball again after going over two weeks without games. They will have to play so many double headers, which really lowers the fantasy value of all their players but especially someone like Flaherty (more on that in a bit). All of these things are making this whacky season very difficult for us as fantasy managers, but all we can do is work around it to the best of our abilities. The Stock Watch and Waiver Wire report will be more important than ever this year with the constant issues that we have to work around. Without further ado, let’s dive in!

Clint Frazier , NYY OF – Frazier started the year at the Yankees alternate camp, for whatever reason, but since being called up he has been on fire. Through five games, he is 8-for-15 with a pair of dingers, three doubles, and eight RBI. Not a bad five game stretch. They even moved him into the third spot in the lineup yesterday. This isn’t the first time the young Yankee has impressed either, let’s remember that he hit .267 with 12 home runs and 38 RBI across 69 games last year. That paces out to 28 home runs and 89 RBI across 162 games. He is only 25-years old and he should finally be locked into playing time. He will be a good source of home runs, RBI, and runs scored. He’s a part of a great lineup and has a great home ballpark, if he continues to hit near the top of the lineup that would be the cherry on top.

Travis d’Arnaud, ATL C – d’Arnaud had a breakout campaign in 2019, hitting .251 with 16 home runs and 69 RBI across 103 games played. He bounced around from the Mets to the Dodgers and then finally to the Rays where he really got into a groove. Despite the strong season (by catcher standards) he was still someone you could get pretty late in drafts as people were unsure what to make of his 2019 season, but he has kept it going right into 2020. He is currently hitting .333 with three home runs and 12 RBI. The Braves had him batting third last night and he should continue to get plenty of RBI chances. His statcast numbers look pretty damn good too as you can see below, ranking in the 89th percentile or above in many key areas, including ranking in the 99th(!) percentile in hard hit percentage. He could possibly be a top-five catcher this season.

Kevin Gausman , SF SP – On the surface his 4.21 ERA and 1.17 WHIP don’t scream “Stock up” but Gausman has looked great and there is a lot to like. He has 34 strikeouts across 25.2 innings pitched, good for an 11.92 K/9. He also has a 3.10 FIP and 3.12 xFIP, which indicate he is pitching better than the surface numbers show. Which leads us to this; of the 60 qualified pitchers, he has the eighth highest BABIP against with a .328 mark. Considering his average exit velocity against is better than league average, he shouldn’t have one of the worst BABIPs against in baseball. On top of that, he is 50th in LOB%  of those 60 qualified pitchers, which is another thing that could improve. Lastly, he gets to pitch his home games in the best pitchers park in baseball, which is always a good thing. I watched his last start against the A’s and he looked incredible, I believe positive things are coming for the veteran right-hander.

Jack Flaherty , STL SP – “But Vreeland, he hasn’t even pitched, how can his stock be dropping?” You may be asking something along those lines, and I totally understand, but hear me out. Flaherty is an elite pitcher and if you can sell high on him in your league you 100% need to go ahead and do that. The Cardinals are scheduled to play a ton of double headers, which means Flaherty is going to miss out on a ton of starts. You normally think of a starting pitcher as someone who pitches every fifth game, but that’s because it gives them enough rest in between starts. He is not going to get the starts back that he lost with the COVID down time; he is still going to get four days in between starts, which means he’s only going to get a small percentage of their remaining games. This goes for all of the Cardinals pitchers. On the flip side of this, trading FOR a Cardinals hitter could be a good strategic play as they will play more games than other hitters will.

David Dahl , COL OF – “If he could just stay healthy, he would produce really nice numbers and be a great fantasy asset.” That’s basically what everyone, including myself, has said about Dahl over the years. Well, he’s been healthy for the first 21 games of the Rockies season, but he is not producing. Not even remotely close to it, in fact. He is currently hitting just .194 with ZERO home runs and one stolen base. He has seven RBI and eight runs scored. To make matters worse, he has gone from the leadoff spot in the Rockies lineup to the eighth spot. He hasn’t been unlucky either, he’s just been bad. Below you can see his statcast numbers, courtesy of baseball savant. They are not pretty. He is tough to roster right now, especially in shallow leagues. If he doesn’t turn it around quickly, he will be a drop candidate. 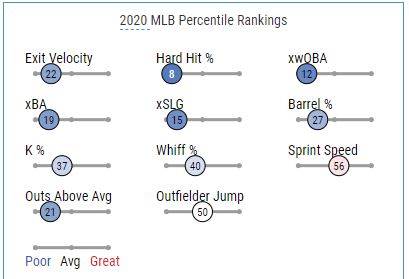 Tyler Glasnow , TB SP – Glasnow had a mini breakout season last year before it was cut short by injury, posting a 1.78 ERA, 0.89 WHIP, and 11.3 K/9 across 60.2 innings of work (12 starts). Those numbers made him a very enticing target in draft for fantasy baseball players. And while the strikeouts are still strong this year (27 strikeouts in 15.1 innings), everything else is a disaster. He currently has a 7.04 ERA and 1.76 WHIP. He’s nearly matched his walk total and home rums given up total from last year already (10 walks and three home runs, had 14 walks and four home runs given up last year). He hasn’t pitched five innings in any of his four starts and he’s done nothing but kill your ratios to this point. I wouldn’t recommend dropping him yet, but I think you need to start seeing better results before using him in your lineups.

Justus Sheffield, SEA SP – It’s easy to forget that Sheffield was a top-30 prospect prior to the 2019 season dude to his struggles at the big leagues. Last year, he had a 5.50 ERA and 1.72 WHIP across 36.0 innings of work. He started this year rocky as well, giving up eight runs through two starts (just 7.2 innings pitched), but he has rebounded in a big way; over his last two starts he has given up zero and one earned run, while tossing six innings in both outings. They came against two good offenses too in the Rockies and Astros. He has done a good job of avoiding barrels, ranking in the 80th percentile in barrel percentage. I am not ready to jump all in for Sheffield, but he has me interested to see if he can continue this and I think he’s someone to watch. Deeper leagues can add him if he is available.