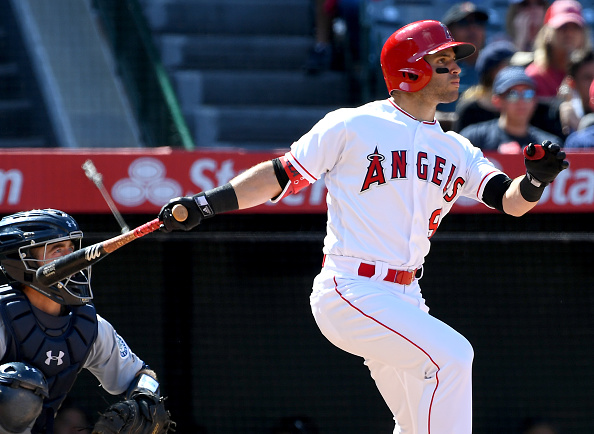 Welcome to the first edition of the second base position previews. This position might be the deepest position of any this season. So, to kick things off, let’s take a look at guys that are going post pick-200 (according to their February NFBC ADP) and what they can bring to the table. This late in the draft, you may be looking for the last guy in your starting lineup or possibly a bench bat that can potentially help you out in specific ways. Make no mistake about it, there will be players that go this late in the draft that turn into major fantasy assets. We see it every year (Example: Ketel Marte last season).

Nick Madrigal , White Sox (ADP – 259) – The only reason Madrigal goes this late in drafts is because there is no clear debut date for him. That means he is a bench hold right now and in most formats it’s tough to hold a guy on your bench with no clear timetable. With that being said, he has some strong tools that could make him a steal in drafts; he hit .311 with 35 steals across three minor league levels last season (473 total at-bats). That kind of speed is scarce in today’s game and while he doesn’t have much pop (only four home runs in that span), that type of a batting average/speed combo is well worth this ADP. If the White Sox were to announce him as their Opening Day second baseman, his ADP would probably jump at least 75 picks… something to keep in mind if drafting now.

Shed Long , Mariners (ADP – 580) – This ADP seems pretty crazy to me. Really crazy. Long hit leadoff for the majority of his at-bats last season and as of right now it appears that he will continue to do so this season. In his first taste of the big leagues last season, he hit .263 with five home runs and three stolen bases across 152 at-bats. Pretty respectable numbers. In 2018, at the Double-A level, Long hit .261 with 12 home runs and 19 steals. He isn’t a big name prospect and he has never cracked the top-100 list, but he has played well the past few seasons and is penciled in as the Mariners starting second baseman and leadoff hitter. That could change before the season starts, but this is a guy I want to take a chance on late in drafts. He is 24-years old and could provide very nice value this year. 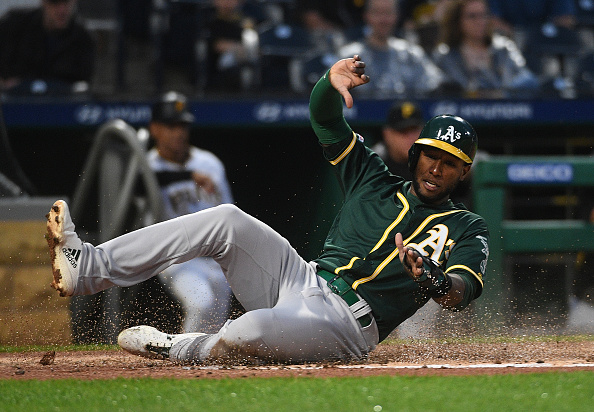 Jurickson Profar , Padres (ADP – 390) – Profar had a breakout 2018 season in which he hit .254 with 20 home runs and 10 stolen bases. There were high hopes for him as he headed into his age-26 season, but he faltered a bit with the A’s last season, hitting just .218 with 20 home runs and nine steals. I find this ADP very interesting because his counting stats were nearly identical with the only difference being his batting average. However, there are some very important things to keep in mind with that. His line drive rate, flyball rate, ground ball rate, hard contact rate, soft contact, and strikeout rate were all nearly identical to his 2018 season. The ONLY difference was that he was very unlucky as he had a career worst .218 BABIP, which was 51 points lower than it was in 2018. That .218 was the lowest BABIP in the entire league and by a wide margin. The next closest was Vogelbach, who came in with a .232 BABIP. He is expected to be the Padres everyday second baseman. Draft him everywhere you can at this ADP.

Robinson Canó , Mets (ADP – 417) – Cano was far from great in his first season with the Mets, hitting .256 with 13 home runs and zero steals across 390 at-bats. He is now 37-years old too, and in a steep decline. However, he can still hit and he is expected to play every day. The last time we saw him play a full season (2017), he hit .280 with 23 home runs and 97 RBI. He is going to hit fourth, fifth, or sixth in a strong Mets lineup that should allow for plenty of RBI and run scoring opportunities. There isn’t a ton of upside with Cano, given his age, but it’s not out of the realm of possibilities for him to hit .280+ with 20 home runs, and with his ADP, there’s value in that.

Tommy La Stella , Angels (ADP – 281) – La Stella was your classic 30-year old breakout player last season (sarcasm). It was borderline silly how good this guy was, in comparison to what we had seen from him in the past. He hit 16 home runs and had 44 RBI while hitting .295 across just 292 at-bats. He even secured a spot on the AL All-Star roster. Nearly all of that production came in the first half before an injury sent him on a lengthy IR trip that limited him to just nine at-bats in the second half. Based on what we saw from him prior to the injury, he would likely be a top-150 pick, but with the Angels adding Anthony Rendon to their roster, it appears that there will be a timeshare at second base between La Stella and David Fletcher . However, La Stella has multiple things working in his favor with this timeshare. For starters, he hit for far more power than Fletcher did last season and for a slightly higher batting average. Secondly, he hits lefty and he crushed righties last season, which would make him on the strong-side of the platoon and give him more chances to secure a full-time role.  Lastly, he can’t play SS, which makes him less of the utility type than it does Fletcher.

The Solid but Boring

Kolten Wong , Cardinals (ADP – 229) – Wong is coming off a career year in which he hit .285 with 11 home runs and 24 stolen bases. Those are some pretty solid numbers and he is locked in as the Cardinals everyday second baseman… so why such a late ADP? He lacks upside. He is now 29-years old, has played seven years in the bigs, and has never topped 12 home runs and last season was only his third time reaching double-digit stolen bases. However, while he lacks upside, he is a nice target for those needing a stolen base boost or for people who play in very deep leagues and need another 2B or MI for their starting lineup at this point in the draft. While he probably won’t do anything exceptional, he is decent across the board and won’t hurt you in anyway. On the flip side, he isn’t a great bench target with his lack of upside and you may be better off targeting someone else for a bench spot.

Luis Arraez, Twins (ADP – 240) – Arraez is a part of a potent Twins lineup and he will hit for a great batting average (he hit .344 as a rookie last season and hit .331 across six minor league seasons), but that’s where the positives end. Across 326 at-bats last season, he hit just four home runs and only swiped two bases. Nothing in his minor league track record tells us to expect more than that either, so there is not a ton of upside here. Really the only reason to take Arraez is to fix batting average issues that your team may have if you selected guys like Gary Sánchez and/or Kyle Schwarber , but there is value in that and you should keep Arraez in mind if your draft does in fact unfold that way. 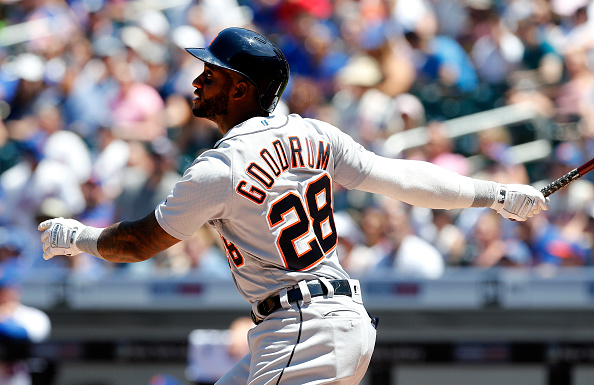 César Hernández , Indians (ADP – 284) – Hernandez is a decent player, but he isn’t overly exciting. His career-high home run total is 15 and his career-high in steals is 19. He has been in the bigs for seven years and has just one 10-10 season to his name. His career batting average is .277. I would almost view him as a poor man’s Kolten Wong , as he will have similar numbers across the board but probably slightly less counting stats in each category. I probably won’t own any shares of Hernandez personally, but he is a solid player that won’t hurt your team in anyway.

Jonathan Schoop , Tigers (ADP – 380) – This ADP is so strange. He has at least 20 home runs in four straight seasons and he has a .266 batting average over the last five years. Sure, power is very easy to find now, but Schoop is a very strong target if you take a different direction early in your draft. Say you load up on stolen bases (grabbing a guy like Villar or Mondesi) and pitching early in your draft, Schoop is the perfect target late to supply you with some power. He is the only player going post-300 that is projected to hit .260+ with at least 25 home runs. The Tigers lineup is pretty awful, but Schoop will probably bat fourth, fifth, or sixth and he should still drive in a decent amount of runs with the pop he has. He will play every day and there is zero risk here.

Dee Gordon , Mariners (ADP – 330) – Gordon is coming off his worst season since 2013, as he hit .275 with three home runs and 22 stolen bases last season, ending a streak of five consecutive seasons with 30+ stolen bases. Not only did his production drop off but he is also expected to fill a bench/utility role this season. He will soon turn 32 years old and his speed is starting to drop off. Selecting Gordon in any format is simply wasting a pick.

Luis Urías , Brewers (APD – 409) – We just haven’t seen it with Urias. He has been a disaster at the MLB level and he is currently expected to fill a bench/utility role for the Brew Crew. All hope isn’t lost with Urias in Dynasty/Keeper leagues yet, but he isn’t worth a spot on your team in Redraft leagues.