Fantasy Baseball Daily Round Up: April 17 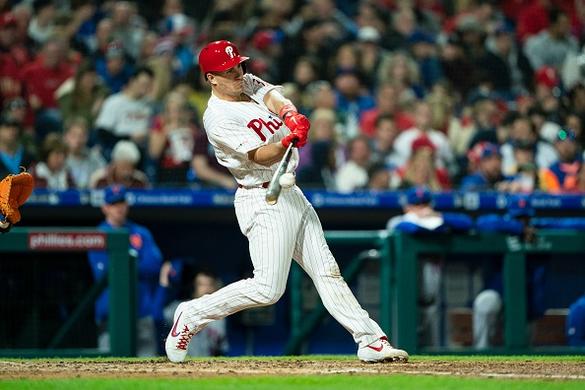 The Phillies had a field day in the first inning against Steven Matz and Drew Gagnon as they put up a TEN spot in the first. The first out of the game didn’t come until the pitcher came up, as the first eight batters reached base via error, double, HBP, double, home run, walk, error, and home run. That was eight runs on the board and with zero outs, which would be the end of Matz’s night. His ERA went from 1.65 to 4.96 on the season without recording an out. Yikes. Enter Gagnon out of the ‘pen. After striking out the pitcher, he gave up a double, ground out, walk, and a double before finally bringing the first inning to a close. In total the Phillies scored 10 runs on six hits, two walks, one HBP, and two errors (both by Amed Rosario ). The Phillies actually only out-hit the Mets 13-10, but the final score was 14-3 and the Mets made four errors. The two standout performers for the Phillies were the 4-5 hitters in J.T. Realmuto and Scott Kingery. Realmuto finished 3-5 with a home run, two doubles, three runs scored, and five RBI. He was the top scoring player on both DraftKings (36.0) and FanDuel (51.1). As for Kingery, he finished the evening 3-4 with a home run, a double, two runs scored, and five RBI. He was the second highest scoring player on both DraftKings (32.0) and FanDuel (44.9). With the win the Phillies improved to 10-6, while the Mets fell to 10-7 with the loss. 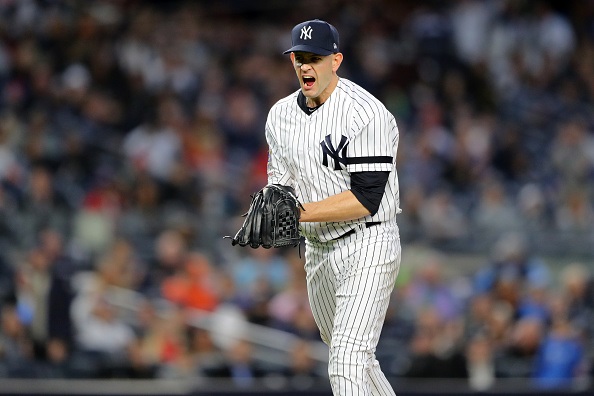 If you only looked at the names, James Paxton vs. Chris Sale sounds like it would be a pitcher’s duel, but both guys entered yesterday game in a rut. Paxton came into the game with a 6.00 ERA across his first three starts, while Sale entered with a 9.00 ERA across his. They both lowered their ERA in yesterday’s game, but it was only Paxton who pitched well. He tossed eight shutout innings and only allowed two hits while striking out 12. This is the type of outing the Yankees need out of Paxton as he needs to step up and be the ace with Severino still out. His best innings were in the second and seventh when he struck out the side. As for Sale, he struggled once again, allowing four runs across five innings of work while striking out six. Sale’s velocity has been a hot topic this year and while it did tick back up a bit in this game (highest it’s been all season – consistently through 94+), he still got hit around for seven knocks and a home run. Not a good sign, especially when considering he was facing a depleted Yankees lineup that only featured four guys who are supposed to be in the lineup. The Yankees improved to 7-9 with the win and the Red Sox fell to 6-12, not exactly how everyone saw the American League going.

Paxton provided the best outing of the day, but plenty of other pitchers had strong performances too: 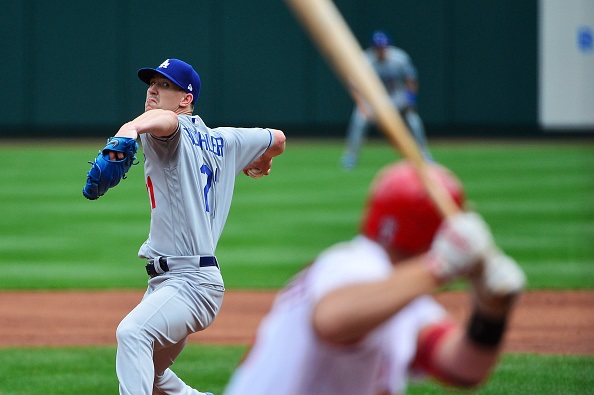 Walker Buehler looks to get back on track today in a start against the Reds. Buehler has gotten off to a horrendous start this year as he has given up 13 hits, five walks, and 11 runs across just 12.0 innings of work and has only struck out nine. Maybe Kershaw’s return will take some pressure off the kid.

Mets vs. Phillies, game three. Thus far the series is split 1-1 and there have been a total of 30 runs scored in the first two games. Is more offense on tap again tonight, or will Zack Wheeler and Jake Arrieta quiet the bats?

Matt Harvey pitches today, and lately that means an exciting show from the opposing offense. In his last two starts Harvey has given up 17 hits and 14 runs across just 8.1 innings of work. A once promising career was sadly turned into a mess through injuries.