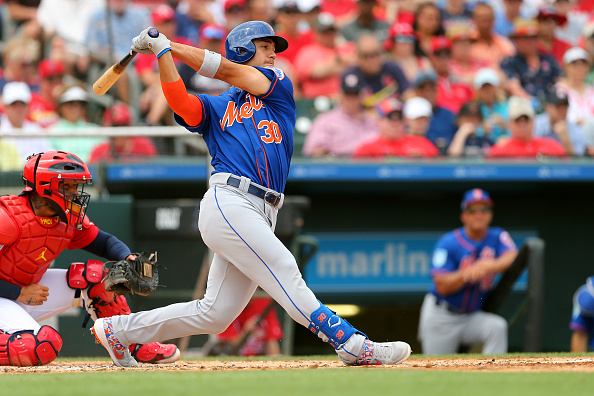 The MLB regular season is upon us, but fantasy baseball drafts are still taking place regularly. Players perceived values are still constantly changing and it is very important to keep up with the trends and why their values are changing. You don’t want to miss out on a guy that you really want to draft because you thought he would last longer. If your league already drafted, this piece can be used for trading and/or waiver wire purposes. So whose values are changing and why?

Michael Conforto – Conforto bashed his fourth spring training home run on Monday and the fantasy world is taking notice. Over the past week his ADP is inside the top-100 at 98, which is up five spots from his 103 mark in the previous week. To go along with the four home runs, Conforto has 10 RBI, a stolen base, and is swinging it at a .265 clip across 49 Spring at bats. He is coming off career high totals in home runs (28), RBI (82), runs scored (78), and stolen bases (3). All of which came despite a very sluggish April in which he hit .222 with just one home run as he was working his way back from his shoulder injury. If we just look at his post all-star break numbers, his stat line becomes very impressive as he was able to hit .273 with 17 home runs and 52 RBI across 256 at bats. Conforto was my choice for “Must Own” player in the Fantasy Alarm Bold Predictions and even at his current increased price he is someone you will want to draft. 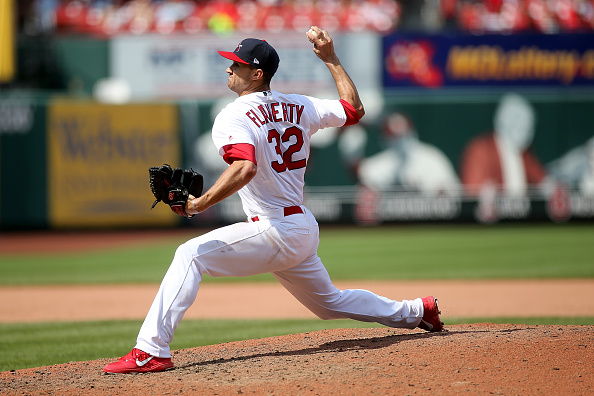 Jack Flaherty – Flaherty’s ADP has been on a pretty steady rise throughout the draft season and it continued this week as it moved up another six spots from last week to 53. Flaherty had a stellar rookie season last year as he finished with a 3.34 ERA and 182 strikeouts across 151 innings pitched. He was only 22 years old last year, but already had the look of an ace in the making. His strong Spring – 2.77 ERA and 19 strikeouts across 13 innings pitched – has done nothing but vault him further up draft boards as the season draws near. The Cardinals recently announced that he will pitch the second game of the season and that also means that he will likely take the ball for their home opener on April 4th. The Cardinals made improvements to their offense and to their bullpen this offseason, which should help the starters win more games and Flaherty could cross the 200 strikeout mark, all of which make him a high upside grab in fantasy.

Jorge Soler – Soler had a massive jump in ADP this week up to 312, 47 spots higher that his 359 mark in the week prior. When looking at players this late in the draft it doesn’t take much for big ADP swings and Soler’s torrid Spring – .310 batting average, four home runs, 14 RBI, 10 runs – has seemingly done just that.  Soler has long been thought of as a guy with big time power potential, but he has never been able to put it together. Through five big league seasons his career high home run total is only 12, but he has also failed to ever surpass 366 at bats. The potential is still there though, and if he can stay healthy he could finally be in for a bit of a breakout campaign. He is going to hit fourth or fifth in the Royals lineup and a 20+ home run season is a possibility.

Wilmer Flores – Flores’ drafters are not a fan of the Diamondbacks recent signing of Adam Jones and it shows in his ADP dropping to 443, down 57 picks from his 386 mark in the week prior. Flores was a popular late round pick as he was slated to be the Dbacks everyday second baseman and flashed some pop with the Mets in a limited playing time role, but the recent addition of Jones puts a big damper on those aspirations. With Jones coming in, Ketel Marte will be spending less time in CF and more time at second base. Flores should still see a healthy amount of at bats, but he is no longer a trendy fantasy pick.

Luis Severino – Recent news came out that Sevy is out until at least May and it has sent his draft stock into an even further downward spiral. This week he was being draft on average at pick 91, down 25 spots from his 66 mark in the week prior. Shoulder issues can be tricky and there is good reason to worry about his injury in regards to your fantasy roster. Of course, leagues with IR spots make it a lot easier to sit on him and get strong production once he comes back, but in leagues without IR slots he is a tough sell right now. He is electric and the Yankees will win a lot of games, but that doesn’t do you a whole lot of good if he isn’t taking the mound. His ADP will likely continue to slide as the season approaches.

Sean Newcomb – Newcomb was a popular late round pick in last year’s drafts after he posted a solid 9.7 K/9 across 100 innings as a rookie in 2017. He made good on that pick in the first half of last season as he was 8-5 with a 3.51 ERA and 97 strikeouts at the all-star break. However, a weak second half in which he posted a 4.58 ERA and 1.42 WHIP had his stock a bit lower heading into this year. Fast forward to Spring Training and Newcomb has been absolutely horrendous and it has his ADP plummeting. This week his ADP was down to 264, a 32 pick drop from his 232 mark in the week prior. Newcomb has a history of control issues, so his 10 walks across 12 innings pitched in Spring Training are very uninspiring. He also only has seven strikeouts and has given up seven earned runs. Newcomb still has upside, but his stock is fairly taking a big hit.

With our first regular season game in the books, we have some action to discuss! No, one game should not change anyone’s stock/value, but if you have played fantasy long enough, you know it is going to anyways!

Ramón Laureano – Laureano had an abysmal first game of the season, finishing 0-5 with three strikeouts. Strikeouts are a problem here, he struck out 50 times across 156 at bats as a rookie last season and already had 11 across 33 Spring Training at bats before this game. His stock is going to drop, especially if he struggles again tomorrow.

Tim Beckham – Beckham had a really nice 2017, but was a complete disappointment in 2018. However, it’s 2019 and Beckham is arguably the best player on the planet, kidding of course, but he had a monster first game as he finished 3-for-3 with a home run, three runs, two RBI, and a walk. I can bet you that you start seeing people pick this guy at the end of their drafts. 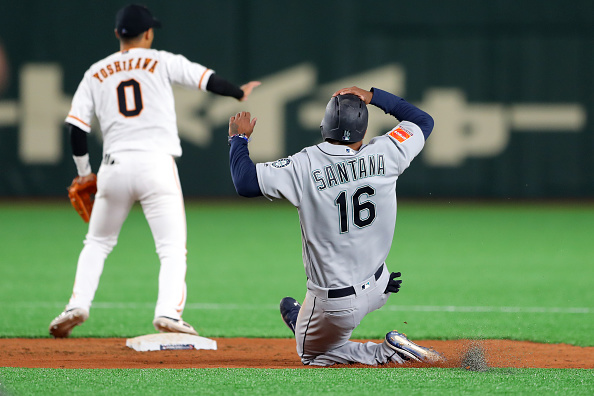 Domingo Santana – Santana had a spot in this piece last week as a stock riser and now he went out and hit an opposite field grand slam in his first game of the season. You can expect his stock to continue to rise and it may get out of hand. I would not be surprised to see him start getting picked around 150 in drafts this week and that might just be what it takes to get him if you want him.

Marco Gonzales – Gonzales did not shut down the Athletics offense, but he did pick up a quality start and a win by holding Oakland to three runs over six innings pitched. He only needed 69 pitches to get through the six innings and he picked up four strikeouts. He is a solid pitcher and this felt like the type of game we can expect more of from him, his stock shouldn’t change much.

Hunter Strickland – Strickland shutdown the A’s offense in order and struck out two to pick up his first save of 2019. Strickland isn’t going to be a top closer this year by any means, but after this outing I would be shocked if he continues to go at the 279 ADP mark that he had over the last week. Fantasy players will always chase saves and Strickland’s stock is going to rise with this strong showing.

*ADPs are based on NFBC drafts.