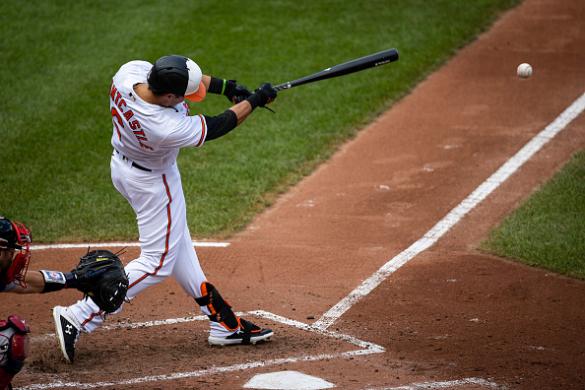 Brad Miller (STL – 3B) For a while, I wasn’t understanding the Brad Miller craze. However, I’m now on board after he stroked three home runs between Tuesday and Wednesday. Entering Saturday night, Miller was slashing .319/.448/.638 so while he does strike out quite a bit he’s getting on base via walks as well and he’s put the power on display lately. We’ve seen him hit 30 home runs before and while he’ll come nowhere near that in 2020, he’s still raking at the dish, and he’s hitting right in the middle of the lineup so there will be opportunities for more RBI.

Jason Heyward (CHC – OF) Ever the streaky hitter, Heyward finds himself in the midst of one as we speak. Since August 24th he’s hit three home runs, a triple, and three doubles in that span with a slash line of .429/.541/.929 which is wildly unsustainable, but it’s fun to gawk at. He’s also been walking more than he’s striking out so if you need help in five-outfielder leagues, Heyward’s a nice short-term grab. If/when he cools off you can cut ties with him, but he’s seeing the ball incredibly well right now. 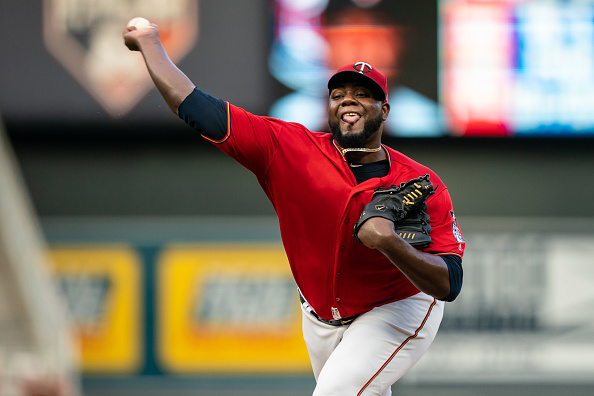 Michael Pineda (MIN – SP) Pineda’s going to be a popular waiver grab. He made his 2020 debut on Tuesday and did pretty well. He pitched six innings and allowed two runs so he did enough for a quality start and he struck out four as well. He finished the 2019 season on a strong run, but had to serve a suspension to start 2020. His next start is slated for Labor Day at home against Detroit and he has plenty of availability across many leagues. Definitely give him a look if you’re in need of some pitching depth heading into the fantasy playoffs.

Ryan Mountcastle (BAL – 1B, 3B, OF) Mountcastle made the waiver column a few weeks back and he hasn’t disappointed. He only has three home runs on the season, but he’s slashing .378/.440/.622 with seven RBI over the past week. With Anthony Santander likely done for the year there’s more opportunity for Mountcastle to step up. He hasn’t disappointed by any means, but it’s clear that he’s comfortable at this level and over the last week he’s provided a lot of offense. He’s a very strong add as we wind down this brief fantasy season.

Alex Dickerson (SF – OF) Dickerson can have a short leash on your team, but when you’re riding a five-game hitting streak, and in each of those five games you have multiple hits, then you deserve mentioning. Entering Saturday night, he has 13 hits in his last five games including four home runs. The Giants offense isn’t the greatest, but Dickerson is scorching so strike while the iron is hot. If you aren’t buying into Dickerson’s power surge, give Kevin Pillar a look. Same position eligibility with him, but now that he’s with Colorado he gets a nice park upgrade and he’s already hit two home runs with the Rockies.

Sixto Sánchez (MIA – SP) Even in points leagues where he doesn’t get run support, Sanchez has delivered double-digit points in three straight matchups and he only has one win to his credit. He’s available in a good amount of leagues and he minimizes damage while getting strikeouts. It’s pretty impressive how composed he is for such a young pitcher. His next start will come on the road against the Braves who boast a pretty strong offense. It’s risky, but the Marlins are letting him pitch deep into games and he’s averaging a strikeout per inning.

Willy Adames (TB – SS) Adames is on a similar run to Dickerson, or at least he was. In four games from Sunday to Wednesday Adames collected ten hits with a pair of home runs in that stretch. He doesn’t walk a significant amount, but he’s showcased power in the form of doubles. He has 38 hits on the year and 14 of those have been doubles, while 20 of them have been for extra bases in general. He hits regularly in the middle of the lineup so the opportunity is routinely there for him to drive in runs. 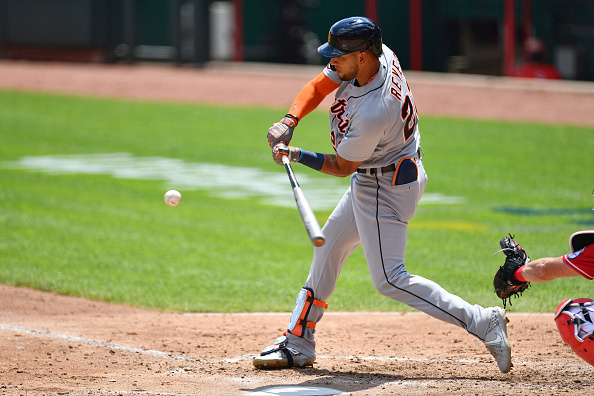 Victor Reyes (DET – OF) Here’s another outfield currently raking that you can find on waivers. With teammate JaCoby Jones done for the year with a fractured hand, Reyes is in line for regular work, which he was basically receiving anyway. He fits nicely at the top of the order and over the last two weeks he’s hitting .351 with 11 runs scored. He doesn’t walk a ton, but he doesn’t strikeout a tremendous amount either and he’s finding ways to get on base. If you’re in need of run production, Reyes is your guy.

Daniel Bard (COL – RP) So to recap, the Rockies acquired Mychal Givens from Baltimore to presumably step in as the team’s closer. Then he gets used in the seventh inning while Bard collects the save in the same game. So for the time being, Bard is the closer. He has three saves and a win dating back to August 24th so they’re clearly using him in high leverage situations. He’s only allowed a lone home run and three walks on the year, but he may have a short leash on the job. Until he loses the job, he needs to be rostered if you’re in search of saves. Jeremy Jeffress of the Cubs is also a good target if you’re in search of saves on waivers.

Josh Fleming (TB – RP, SP) Fleming doesn’t typically fit the profile for a pitcher I normally want to target. With only 11 strikeouts in 15.1 innings of work he’s far from efficient in that regard and he doesn’t pitch deep enough to register quality starts. But he has three wins through three starts so he’s getting run support. He’s also only allowed two walks so he’s minimizing the freebies. Next week he has a home matchup against the last-place Boston Red Sox. It’ll be another winnable matchup for Fleming and the Rays.

J. Lester - SP
CHI1
Cubs declined LHP Jon Lester's $25 million option for 2021.
This move obviously doesn't come as a surprise, though they're still on the hook for a $10 million buyout. The Cubs are open to re-signing Lester to a more modest contract. The 36-year-old registered a 5.16 ERA, 1.33 WHIP and 42/17 K/BB ratio over 61 innings in 12 starts for the Cubs during the 2020 season. His days of being relevant from a fantasy perspective are in the rearview mirror.
Added Yesterday 6:43 pm (EST)
Added Yesterday 6:43 pm (EST)

A. Wainwright - SP
STL1
David O'Brien of The Athletic reports that the Braves have expressed interest in free agent right-hander Adam Wainwright.
The 39-year-old right-hander had a resurgent season in 2020, registering a 3.15 ERA, 1.05 WHIP and 54/15 K/BB ratio over 65 2/3 innings. Wainwright -- a native of Georgia -- would add much-needed experience to a very inexperienced Braves rotation. O'Brien notes that the Braves have already reached out to Wainwright to make their interest known. It's hard to imagine Wainwright leaving the Cardinals if they want to bring him back, but if the two sides part ways the Braves seem like a very logical destination.
Added Yesterday 6:37 pm (EST)
Added Yesterday 6:37 pm (EST)