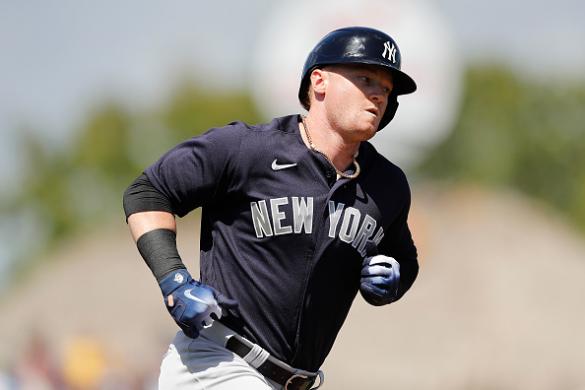 As always I’m trying to avoid repeat mentions in the waiver wire column. Do give Wednesday’s article a read as well. There were some good additions and we have an interesting batch of prospects and streaking hitters for this weekend’s feature.

Clint Frazier (NYY – OF) Frazier kicks off the waiver column this evening because he’s probably the “must add” of the week. I may be getting ahead of myself over the sample size, but with Giancarlo Stanton and Aaron Judge on the Injured List, Frazier has an opportunity for frequent and immediate starts. In three games (including Saturday night’s game which isn’t over at the time of this writing), he has seven hits including two home runs and two doubles. He’s scored three runs and driven in eight. While trying to avoid ginger jokes, he’s red hot right now. Currently he’s hitting at the bottom of the order. Even without Stanton and Judge the Yankees lineup is still potent and he’s relegated to the bottom. In time if he can continue to produce, he’ll move up in the order. Jesse Winker is also an outfielder worth adding. But with the Reds’ games currently postponed in the short-term, Frazier may be the better waiver target.

Trevor Rosenthal (KC – RP) Rosenthal is only about 45% owned in ESPN leagues at the moment, which is a little insane because he has five saves on the year, four of which have come since August 7th. He has ten strikeouts in nine innings and he’s only allowed one earned run. The peripherals and ratios are all there for him and he’s firmly locked into the closer role for Kansas City. Rosenthal and Rafael Montero should be owned in your leagues if you need some help with saves.

Alec Bohm (PHI – 3B) The Phillies opted to call up a pretty good prospect in Bohm late in the week and he collected a double in his debut. If you’re picking him up you can keep him on a very short leash. Fantasy owners tend to fall in love with prospects, but most don’t return immediate gains. Just ask Jo Adell . But the pedigree is there for him to make some noise. We can’t really wait around on him to come along so you can look elsewhere if you want a more established player. The Cardinals called up outfield prospect Dylan Carlson around the same time the Phillies brought up Bohm and he’s worth a short as well. But again, tread carefully.

Brad Keller (KC – SP) At the very least, Keller’s a streaming candidate this week. Ivar Anderson, who covers the streaming starting pitchers as well as two-start pitchers talked up Keller in his most recent article this week. To paraphrase, Keller’s sample size is small but he’s yet to yield a run. You can’t admire the propensity to put guys on base for free, but he limits damage well. He shut down the Reds in his last start in Cincinnati, and he’ll face them again this week in Kansas City which is a much better ballpark for pitchers. 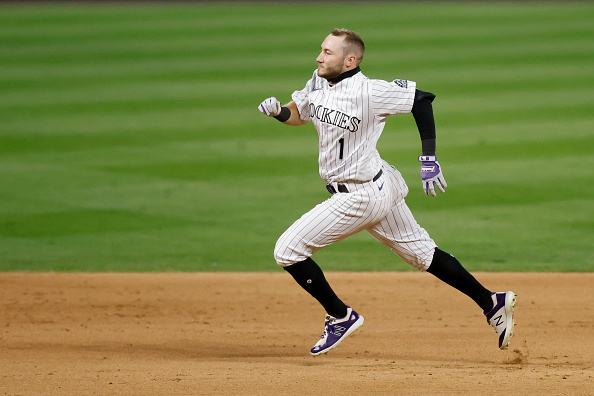 Garrett Hampson (COL – 2B, OF) Hampson’s on a pretty nice run at the moment. Entering Saturday he had scored a run in eight straight games and he’s elevated his slash line to .326/.388/.558 on the season. He’s collected a pair of stolen bases and flexed a little power with three doubles, two triples, and a home run so far in 2020. The best part is that the Rockies have moved him to the top of the order. So that means extra plate appearances and more opportunities for runs as we’ve seen over the past week. He’s one of the best adds off waivers this weekend.

Austin Nola (SEA 1B, C) He’s not the biggest name you’ll ever acquire off waivers and he is a bit inconsistent, but he’s a pretty well-rounded hitter. Entering Saturday night he was hitting .275 and eight of his 14 hits had gone for extra bases. He’s a decent addition in two-catcher leagues and his strikeout numbers aren’t awful. You probably just wish that he was drawing more walks. But as is the case with catchers off waivers, you can throw them back if they cool off. But over the last handful of games he’s been hitting fifth in the lineup where he’s produced four multi-hit games.

Casey Mize (DET – SP) Iván Nova hit the injured list this weekend and that opens the door for Casey Mize to get called up. The Tigers haven’t made anything official as of Saturday afternoon, but the writing is on the wall. They have a couple openings in the rotation and Mize would present a better product than what the Tigers are currently rolling out. Mize is 23 and has a couple years in the minors under his belt where he averaged close to a strikeout per inning and he’s widely viewed as the top pitching prospect in the game. Yet Detroit has been slow to pull the trigger and bring him up. It sounds like Nova hitting the Injured List could be the final straw that forces Detroit’s hand in bringing Mize up for his debut, which could possibly come Wednesday against the White Sox.

Robbie Grossman (OAK – OF) Grossman is streaking right now. It’s impressive how well he’s seeing the ball. Since August 7th he has three home runs, two stolen bases, and seven runs scored. On the short season he now has four total stolen bases and eight extra base hits. He’s typically seen hitting sixth in the lineup, which does present more opportunities for RBI. It’s one of the best stretches he’s ever had in his career. He’s worth taking a deeper look at in five-outfielder leagues.