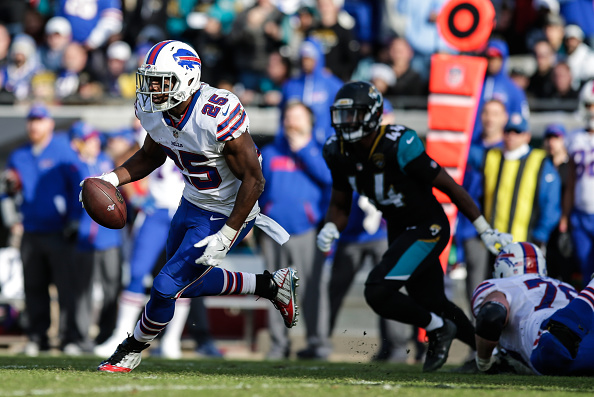 We are halfway done with the preseason which means we are that much closer to kickoff of the regular season.  Because injuries are so prevalent and vague in terms of expected length of absences, it is always better to schedule your league’s draft as close to the beginning of the season as possible.  Each week of the preseason brings more chaos and drama in terms of injuries, so this will likely wreak havoc on your draft strategy and decision-making. So without any further ado, let’s delve into the next edition of the 2018 fantasy football emergency room.

There are a lot of question marks surrounding LeSean McCoy heading into this season.  He is potentially facing a suspension at some point due to the horrendous allegations made against him.  From a football perspective, he is an aging running back on a team with no established quarterback and a depleted offensive line.  Now he is dealing with a groin injury which kept him out of practice on Monday. The injury does not appear to be serious, but it is just another red flag to consider before drafting him. 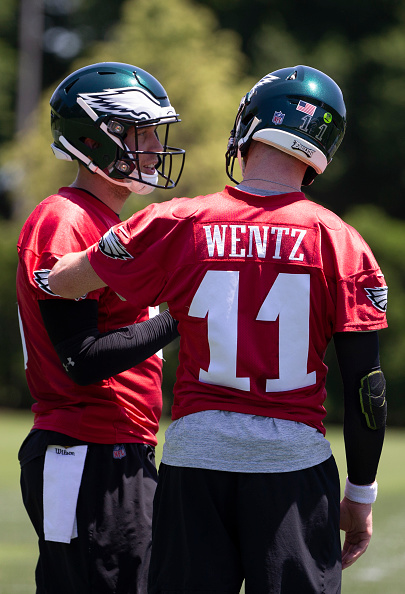 Fantasy GMs are still in limbo regarding Carson Wentz ’s status for Week 1 against Atlanta.  He is making progress in practice but will not play again in the Eagles’ third preseason game.  Wentz is coming off major knee surgery and may not be ready to go once the regular season begins.  Philadelphia wisely retained Super Bowl MVP Nick Foles so he would be under center if Wentz is not ready.  Foles was also banged up after last week’s game against New England but he returned to practice and appears fine.

The Seahawks desperately need Doug Baldwin to be healthy and ready for Week 1 after they saw much of their passing attack leave via free agency during the offseason.  With both Jimmy Graham and Paul Richardson out of the picture, Baldwin is expected to see an incredible amount of targets from Russell Wilson . He has been recovering from a knee injury and right now he is expected to be on the field for the beginning of the season.  Baldwin is coming off a 2017 season in which he caught 75 passes for 991 yards and eight touchdowns. You can expect those numbers to significantly increase if he is able to stay healthy.

The Eagles not only are unsure about Carson Wentz ’s status, but they are also unsure about the status of their number one receiver.  Alshon Jeffery underwent surgery to repair a rotator cuff tear back in the winter and still remains on the active/PUP list. There is no indication either way right now whether he will be ready for Week 1 which creates a predicament for fantasy drafts.  Jeffery is a potential WR2 coming off a season where he had 57 catches for 789 yards and nine touchdowns in a high-scoring offense. Right now he cannot be trusted as a WR2 given the uncertainty of his status for the regular season.

Williams suffered a sprained ankle last week against Pittsburgh but returned to practice on Monday.  He is expected to see a bulk of the carries for the Packers who have not had a consistent running game in several years.  Williams ran for 556 yards and four touchdowns last year and could easily improve on those numbers if Green Bay commits to running the ball more than they normally do.  The Packers will likely be cautious with Williams and hold him out of the third preseason game, but he is fully expected to be ready for Week 1.

It has been a rough preseason for rookie running backs and Rashaad Penny is the latest to go down after he sustained a finger injury which required surgery.  Penny was drafted by Seattle in the first round and was expected to be one of Chris Carson ’s backups, but that plan will have to wait until he is able to return.  His status for Week 1 is up in the air, but even if he is ready to go he will not be starting so his value remains solely as a handcuff. 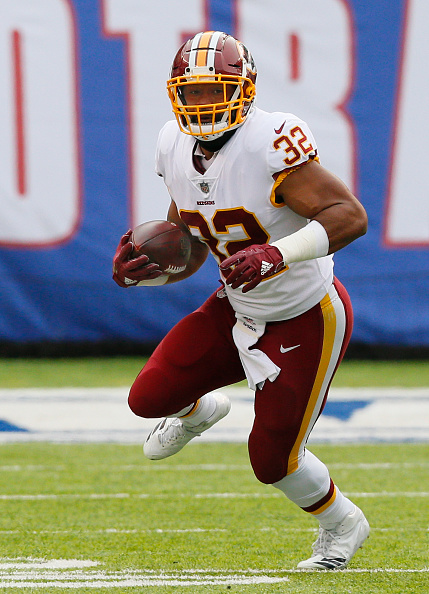 The Redskins backfield has already been decimated with injuries including rookie Derrius Guice who is out for the year with a knee injury.  Second-year running back Samaje Perine was going to get a chance to redeem himself after a poor rookie season but suffered a sprained ankle last week and is expected to be out at least a week and possibly more.  Byron Marshall is also banged up with an ankle injury, so Washington has signed Adrian Peterson to add some depth. Peterson is obviously an all-time great, but at this point in his career it is questionable what he can bring to the table from a fantasy perspective.

The Cowboys have built themselves around their awesome offensive line led by All-Pro Zack Martin .  Despite losing Dez Bryant and Jason Witten , they are still expected to run the ball effectively with Ezekiel Elliott behind their line.  However, Martin suffered a bone bruise and hyperextended left knee over the weekend against Cincinnati and will likely sit out the rest of the preseason.  Dallas believes he will be ready for Week 1 which is good news. Martin’s health will have a direct impact on how productive Elliott is in his third season.

Speaking of impact offensive linemen, the news may not be so optimistic for Panthers tackle Matt Kalil .  He suffered a knee injury and will be meeting with Dr. James Andrews to determine the extent and severity.  Carolina’s offensive line has already taken a big blow with the loss of Daryl Williams , so if Kalil requires surgery then this does not bode well for Cam Newton and Christian McCaffrey .

The Browns are one of the most intriguing teams heading into 2018 as they have completely overhauled their offense after acquiring Jarvis Landry and Carlos Hyde , as well as the return of Josh Gordon and trade of Corey Coleman .  Rookie Antonio Callaway also figured prominently into Cleveland’s offense but he has been hampered by a groin injury and missed practice on Monday. Callaway would be the team’s WR3 which means his targets could be limited, but it is worth taking a late round flyer on Callaway because we just do not know what to expect from Gordon over the course of a full season.

It was initially reported that Bills quarterback AJ McCarron  sustained a broken collarbone last week after he was taken to the ground by Myles Garrett .  However, updated reports now indicate that McCarron did not sustain a broken collarbone and that he would return to practice sooner than expected. A broken collarbone would have likely meant multiple months on the sideline, but this new report makes it sound like he should be ready for Week 1.  Between McCarron and rookie Josh Allen , there is not much to be excited about in terms of Buffalo’s running backs and wide receivers from a fantasy perspective.