Cam Newton completed 9-of-18 passes for 84 yards, zero touchdowns and two interceptions in the Patriots' 20-17, Week 12 loss to the Cardinals, adding nine carries for 46 additional yards.

It was a horrific performance, one cameras appeared to find Newton apologizing to coach OC Josh McDaniels for as the assistant tried to congratulate Newton on the Pats' last-second win. The W was set up in part by a 14-yard Newton run where he took a helmet-to-helmet shot as he was going out of bounds to add 15 more yards. Newton was simply out of sorts, with his first pick getting batted up into the air in the face of the blitz. For No. 2, the ball needed to be to Damiere Byrd's outside on the sideline. Instead it was hopelessly in. Instead of logging goal-line rushing scores, Newton watched as Damien Harris got stood up and James White cashed in a pair of Newton's pitches. The disastrous effort comes on the heels of one of Newton's better passing games of the season. There is simply no one for him to throw to, while he's not exactly upping the play of the pass catchers around him. It's hard to keep going back to Newton in fantasy after these kinds of days, but his rushing will keep him in the low-end QB1 mix for Week 13 vs. the Chargers   Nov 29 5:01 pm (EST) 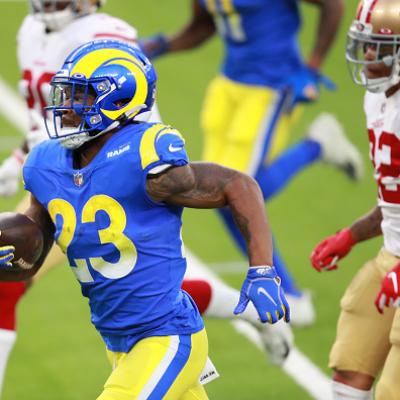 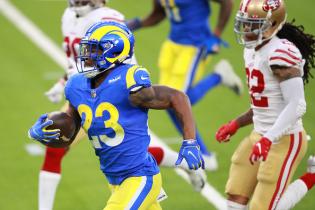 B. Williams - DL
BAL
Ravens DT Brandon Williams (ankle) is out for Week 12 against the Steelers.
Williams was activated from the COVID-19 list on Tuesday, but his ankle isn't healthy yet. He hasn't practiced since November 15 and remains week to week. The Ravens run defense takes a hit with Williams and others sidelined. Baltimore's flight to Pittsburgh is set to take off on Tuesday ahead of the very rare Wednesday Day Football game.
Added 7:23 pm (EST)
Added 7:23 pm (EST)

D. Cook - RB
MIN1
Vikings OC Gary Kubiak said Dalvin Cook is "just kind of beat up" right now.
Since returning from his midseason injury, Cook is averaging 29 opportunities across five games as a near every-down bellcow. That role comes with plenty of bumps and bruises as the season rolls on. Last week, Cook suffered an ankle injury, something that could limit him in practice this week. Kubiak said, "He’s just beat up. He’s been hit pretty hard the last couple of weeks taking some poundings. It’s at that point of the season, so we’ve got to get him freshened up this week and get him back to being himself." As long as he's able to practice this week, Cook will be an elite RB1 play against the Jaguars even if his workload is slightly scaled back.
Added 6:08 pm (EST)
Added 6:08 pm (EST)

D. Johnson - RB
HOU1
David Johnson (concussion, injured reserve) is eligible to return for Week 13 against the Colts.
Interim coach Romeo Crennel is apparently "hopeful" it will happen. It is not a guarantee we will get an update Wednesday, as the Texans do not have to list the practice status for players who are on injured reserve. We should get word from the assembled media, however, on whether or not Johnson takes part. Duke Johnson has failed to run with starting duties during David's absence. David would be returning to low-end RB2 status.
Added 5:55 pm (EST)
Added 5:55 pm (EST)

G. Kittle - TE
SF1
George Kittle (broken foot) is "very optimistic" about returning this season.
“They said eight weeks; I said six,” Kittle said Tuesday. He has been sidelined four weeks. “And I’m excited. These last couple days have definitely progressed forward and made me very optimistic about returning to the field of play." Kittle said he has made great progress in the past week. "If you’d ask me that six days ago, I would’ve been a little less optimistic. The last week has been really good for me.” It sounds like Week 15 against the Cowboys would be an absolute best-case scenario for the seam stretcher. Week 16 might be more likely. Kittle is slowly ramping up football activities. He has resumed working out on his own.
Added 5:48 pm (EST)
Added 5:48 pm (EST)

A. Brown - WR
TB1
Antonio Brown's civil case has been delayed until Dec. 6-17, 2021.
Brown is being accused of rape and sexual assault in a civil, not criminal, case. The distant court date means that, for now, Brown is not at threat of suspension for the rest of this season or early 2021.
Added 5:29 pm (EST)
Added 5:29 pm (EST)

B. Love - RB
WAS
Washington Football Team RB Bryce Love (knee, injured reserve) will not be activated this season.
It has been exactly two years since the No. 112 overall pick of the 2019 draft played a football game. He suffered a devastating ACL tear at Stanford. Love made the Football Team's initial 53-man roster but was a "healthy" scratch before landing on injured reserve following a setback. Going on 24, Love is facing increasingly long odds of making NFL noise following his voluminous college usage and subsequent injury.
Added 5:12 pm (EST)
Added 5:12 pm (EST)

K. Fackrell - LB
NYG
Giants placed OLB Kyler Fackrell on injured reserve with a calf injury.
Free agent addition Fackrell has been an every-down player this season. He is now ineligible to return before Week 16. Fackrell's absence will be a negative for the Giants' run defense as they try to win the horrid NFC East.
Added 4:33 pm (EST)
Added 4:33 pm (EST)