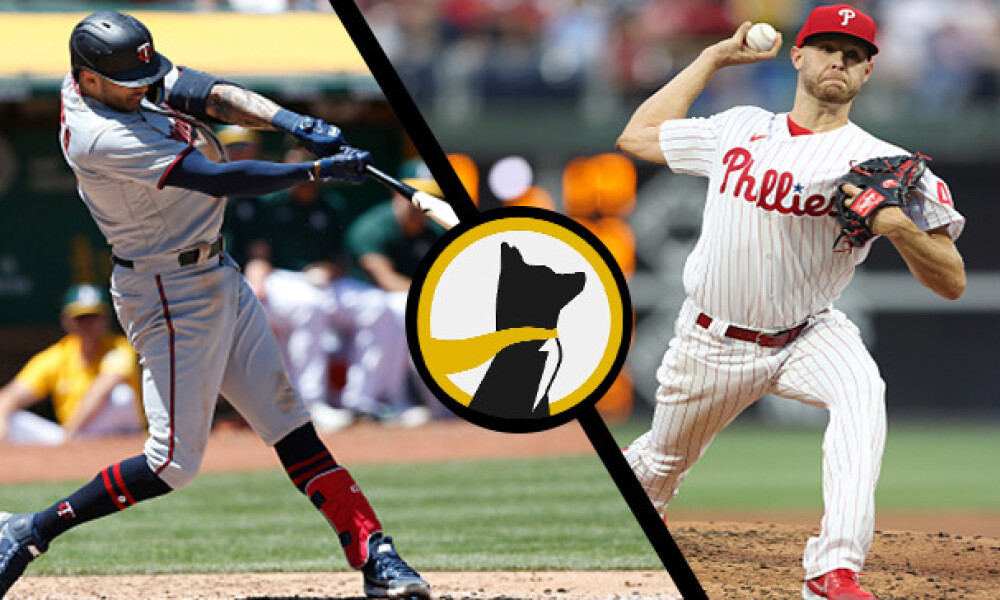 We have 12 games slated to take place across major league baseball on Monday, May 23rd. The offenses around the MLB have begun to heat up and it's making daily fantasy baseball and MLB player props a lot more interesting. Maybe the old baseballs are back in circulation? Nevertheless, we have plenty of good pitching and hitting options to choose from on Underdog Fantasy for today's MLB player props. Carlos Correa leads the Minnesota Twins offense in a favorable matchup and he should be an MLB DFS top play as well. Before committing to any particular play, let’s make sure they’re in their team's starting lineups over on our MLB Lineups page. You should also check out the MLB Weather Center for an updated weather report as to what’s going on around the league. Our MLB Projections, powered by FanJections, will also point you in the right direction with particular plays you may have been interested in. Let's take a look at the best Underdog MLB Player Props for May 23.

It’s been a bag of mixed results for Detroit Tigers starting pitcher Beau Brieske this season, and now he takes on a Minnesota Twins team that's scoring a BUNCH of runs right now. That puts Carlos Correa in the line of fire and I love the over here in terms of his fantasy points.

Correa has been back from injury for four games and has two multi-hit contests while topping this number three times. The kicker is that the one he didn’t hit the over, he didn’t start but just pinch-hit and drew a walk.

We can attack Brieske with right-handed hitters as they’re batting .296 against him this year. Along with that robust average, RHH have a .940 OPS and .406 wOBA against Brieske as well. Correa is hitting third and is in a prime spot to do some serious damage on this slate of games.

It’s not the most comfortable number when we start hoping for our pitchers to notch us seven strikeouts or more, but this is nothing new for Philadelphia Phillies starting pitcher Zack Wheeler. He’s notched seven or more strikeouts in four straight starts including a season-high nine in his last outing.

Wheeler is matching up against the Atlanta Braves, an offense that is 0.1% away from tying for the league-high strikeout rate against right-handed pitching on the year. Just over the last two weeks, however, NOBODY has struck out more than the Braves. They’ve struck out 27.8% of the time while the next highest rate is 26.1%.

It’s even money in Vegas right now, but how can you not like his recent form and how much the Braves have been striking out paired together?!

I’m not going to make any sort of claim that Milwaukee Brewers starting pitcher Adrian Houser is an elite strikeout arm, but getting four strikeouts here is not a very challenging feat. Houser has been striking guys out at a decent clip lately, notching six punch-outs in three of his last four outings.

Over the last two weeks, the San Diego Padres have the 12th highest strikeout rate in the league at 21.8%. On the year against right-handed pitching, they’re striking out 22.8% of the time – which is slightly higher than the league average.

Houser has increased his swinging strike rate – how much he’s inducing swings outside the zone – and has, in turn, increased his K-rate as well this season. Houser has a good chance at surpassing four strikeouts here.