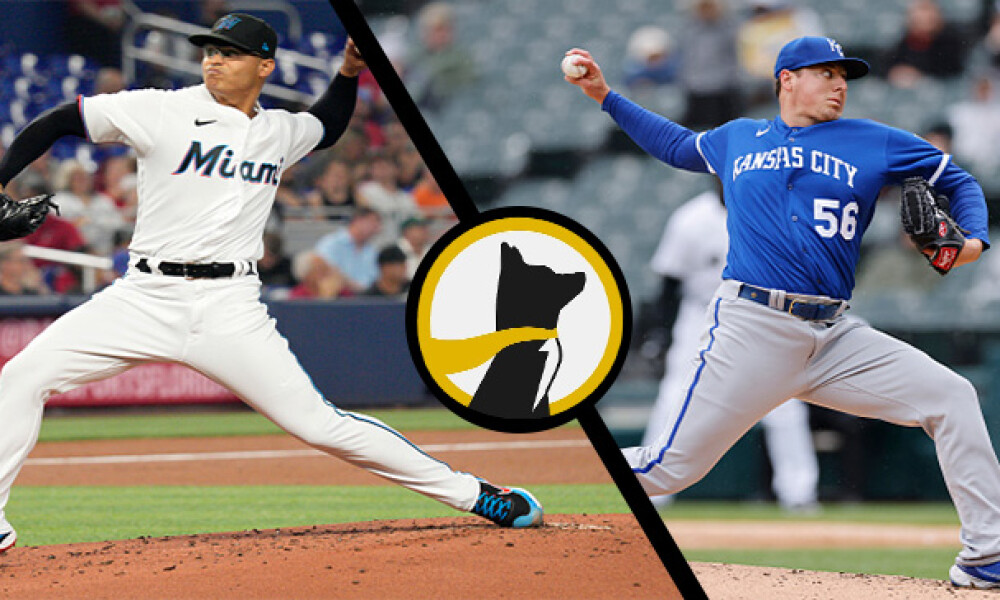 Happy Tuesday, baseball fans! Let's take a look at tonight's Underdog Fantasy MLB Player Props. Tonight's player props revolve around pitchers. We have stars like Shohei Ohtani on the slate as well as promising rookies, Julio Rodríguez and Bobby Witt Jr., but we're going to take a look at some other players around baseball. Using some of the tools at your disposal like the MLB Weather Report and MLB Daily Lineups will help you develop your game plan and helps you navigate through the large list of fantasy baseball props to choose from.

There has been no team worse in baseball against left-handed pitching than the Arizona Diamondbacks. They’re dead last in OPS, wOBA, and OBP against southpaws. They actually haven’t struck out all that much at a 22.1% clip, but Jesús Luzardo has been at a different level this year.

After a 22.4% K-rate last year, Luzardo has notched a 33.3% K-rate this year and has looked every bit the part of the top prospect he once was. If he was qualified, that K-rate would be good for seventh in ALL of baseball, for context on how good he’s been at missing bats.

Arizona has made solid contact against lefties this year as a whole, but over the last 14 days, they do have the 10th highest K-rate in the game. Something to be said there with Luzardo hitting the over on this in three of his five starts. He’s actually hit the over in three road starts. Tonight’s game is in Arizona.

I really like Keller’s match-up and how well he’s pitched of late. Keller has completed six innings or more in four of his last five games. In those four games, his opponents are much more potent than the Rangers. They were the Cardinals, White Sox, Indians, and Tigers. Keller isn’t exactly a guy we peg to have big strikeout games, but he’s been great at pitching to contact and inducing groundballs. He has a 51.1% groundball rate this year, which actually is right on par with his career average.

The match-up Keller has is against a Rangers offense ranking 28th in OPS and wOBA and 29th in ISO. Texas has the second-lowest groundball rate in baseball against right-handed pitching and if they try and hit everything in the air against Keller, they’re going to be in for a rude awakening.