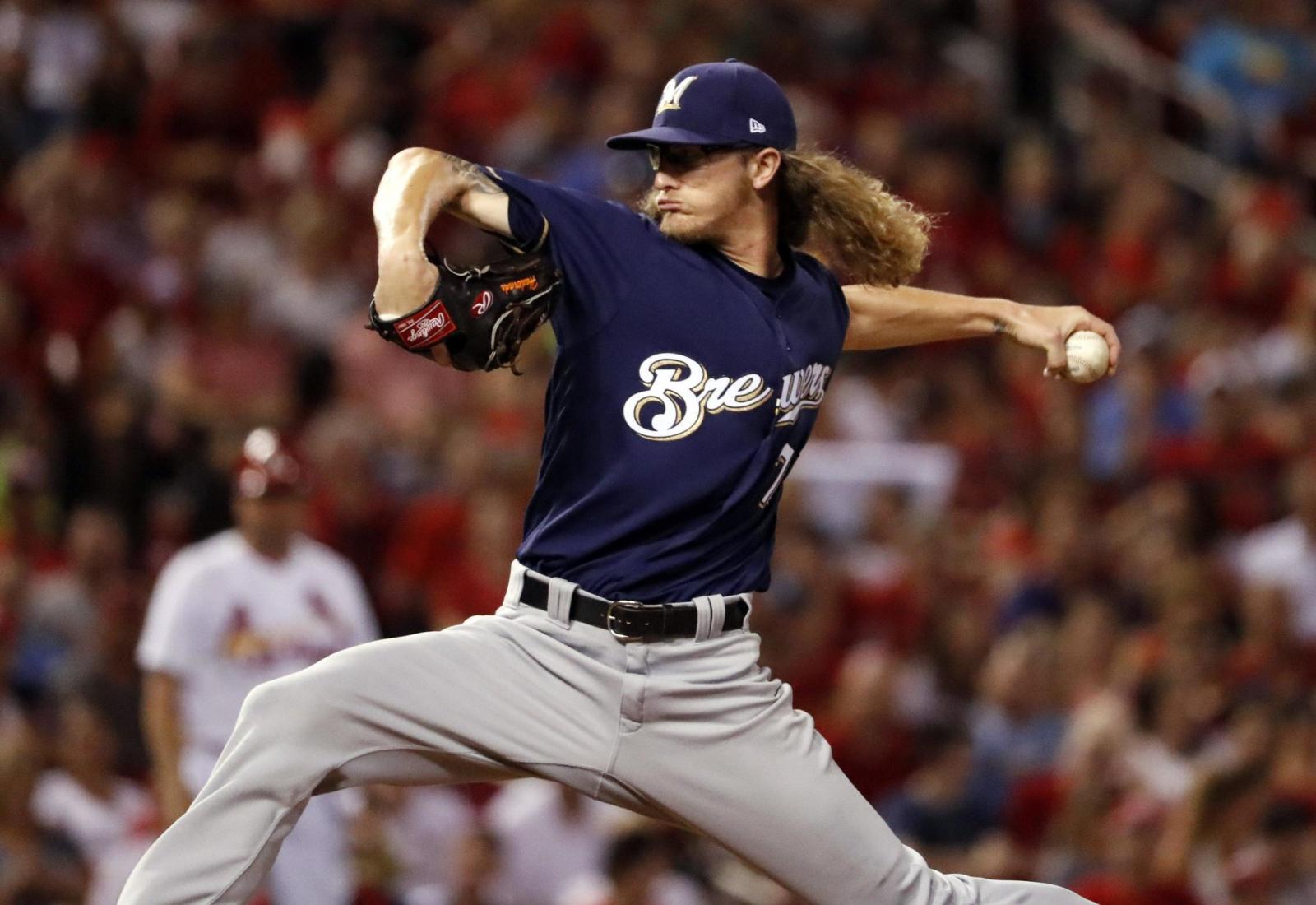 With spring training only a week or so old, it’s never too early to speculate on some late round fliers in fantasy. Of course, a ripple in the force occurred when Timothy Lincecum agreed to a major league contract with the Texas Rangers. This adds another arm to either their six-man rotation or perhaps “The Freak” could be transitioning to the bullpen. 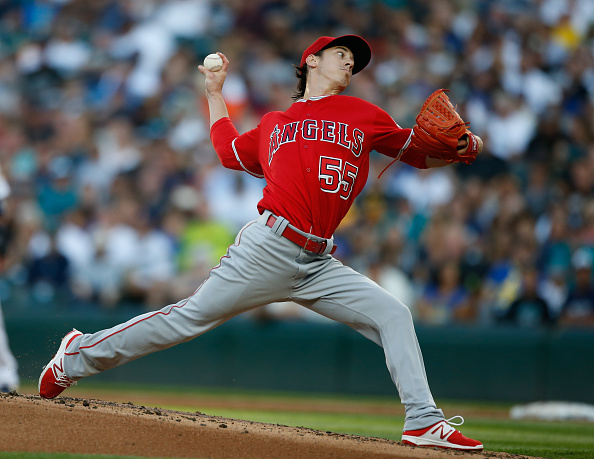 Reports centered on Lincecum’s velocity touched 93 MPH on some scouts guns with most clocking him in the 90-to-92 MPH range. This could be important since the last game Lincecum pitched in, his velocity hovered in the in the 88 MPH range. Before speculating on his potential role with the Rangers, it should be mentioned Lincecum thrived as a reliever during the Giants championship run in 2012.

In the playoffs, Lincecum worked 13 innings as a reliever giving up three hits, striking out 17 and walking three en route to a 0.69 ERA and a ridiculous 0.38 WHIP. Of course, this resides in the past when Lincecum performed at a peak level, but there’s at least some precedent. It’s no guarantee, but here’s his usage percentages from his work in relief in 2012:

If Lincecum does work as a relief pitcher for Texas, he may shelve the curve and use his four seam fastball, the slider and the split-finger in his arsenal. Much will remain to be seen with his official signing on hold due to a death in the family. Those in deeper leagues can pair Lincecum with Keone Kela to try and corner the saves market with the Rangers. However, this will be a situation which will evolve all spring dependent upon health and performance. Presently, Lincecum’s going 658.24 according to NFBC ADP, it will be interesting to see how this number changes going forward.

Since there’s been no real changes in roles this early in spring games, this week’s bullpen report will try to identify four relievers with the potential to vastly outperform their average draft position in the year ahead. Next week will feature draft tiers along with players to target within each one.

Overshadowed by the terrific season turned in by closer Corey Knebel, Josh Hader whiffed 68 batters in his 47.2 innings of work last year as a reliever. Fueled by a 17.3 swinging strike percentage and effectiveness versus both handed hitters, Hader finds himself in line to reprise his role after his promotion to the majors last year.

Hader really took off in the second half with a 30.9 strikeout minus walk percentage, a 58 ERA- and 0.96 WHIP with 55 strikeouts in only 35.1 innings. His strikeout total ranked third after the break among qualified relievers only trailing Chad Green and Craig Kimbrel. Working in a strong hitting environment like Milwaukee could mean some regression in his ERA towards his xSTATS bbFIP of 3.16, but the potential to exceed 100 strikeouts with a reliever on the roster in deeper formats or in daily leagues in lieu of a starter with a bad matchup make Hader someone to target.

Protecting ratios with high upside strikeout relievers will be a trend in upcoming drafts. Do not get left behind.

On the surface, it seems like Drew Steckenrider and Kyle Barraclough mirror each other. Each reliever owns strikeout upside with a propensity of walking too many hitters. Steckenrider finished last year with one win, one loss and one save in 34.2 innings. He did strikeout 54 with a 13.2 swinging strike percentage and 2.34 ERA.

Steckenrider features a 95.6 MPH fastball on average which produced a 30.28 whiff per swing rate and a .207 batting average against last season. His slider changes speed coming at 12 MPH slower but with a similar whiff per swing of 29.79 percent. It proved to be more hittable, but as Steckenrider improves his command, he should be able to overcome his 1.38 WHIP.

His potential upside resides in his 2.10 ERA in the second half with the seventh most strikeouts among relievers of 49 in only 30 innings. In fact, check out his numbers with an aforementioned closer after the All-Star break:

As one should notice, Steckenrider’s Player B in the comparison above, but Player A closes game in Milwaukee, Corey Knebel. With Miami in a steep rebuild, they should be willing to move Brad Ziegler during the season and this should open the door for Steckenrider to possibly close games in the second half. Many will be on Barraclough, but betting on Steckenrider to outperform him. 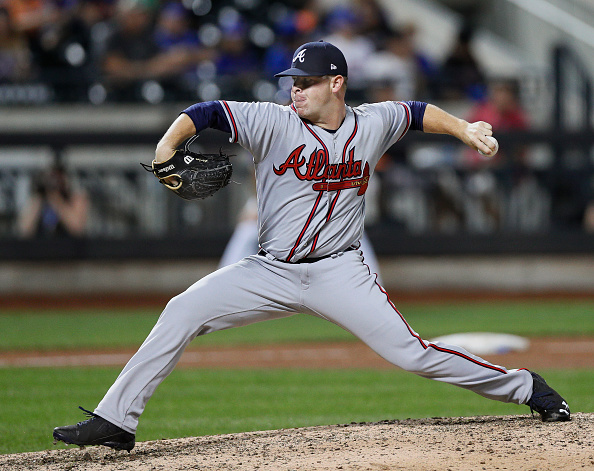 First, trusting Arodys Vizcaino as the closer for the whole season in Atlanta could be risky. He walks too many hitters and traffic on the bases does not end well for him. Last year, A.J. Minter joined the Braves bullpen with quite a debut. Minter struck out 26 against only two walks in 15 innings with a 3.00 ERA but bbFIP of 1.71 and a WHIP of one.

Minter could break a record set by Edwin Diaz who became the fastest reliever to strikeout 50 in his first 25.1 innings with Minter needing to whiff 24 in his next 10 innings of work. It will be difficult, but Minter’s strikeout minus walk percentage of 40 percent last year in the majors along with his 18.2 swinging strike rate could make it possible.

During his 57 game career in the minors, Minter recorded a 2.14 ERA with 77 strikeouts. It’s apparent he owns high oxide stuff with a 40.88 whiff per swing rate with the slider and 31.15 percent on his fastball. Atlanta could keep him in a setup role, but if Vizcaino struggles early on, Minter could ascend to the ninth inning sooner rather than later. Health will ultimately determine how Minter will do in 2018, but if he reaches 60-to-65 innings and eventually closes, he will not come cheaply in drafts next year.

Former starting pitchers who shift to the bullpen can prolong careers. With this in mind, enter Adam Morgan. His overall numbers from last year do not jump off the page, but in the second half, Morgan gains more interest. His strikeout minus walk percentage improved to 21.1, he lowered his WHIP to 1.09 and struck out 39 in 33 innings. Plus, Morgan increased his ground ball percentage to 48.8 percent, up over seven percent compared to the first half.

Like many starters turned relievers, Morgan incurred a velocity spike after moving to the bullpen: 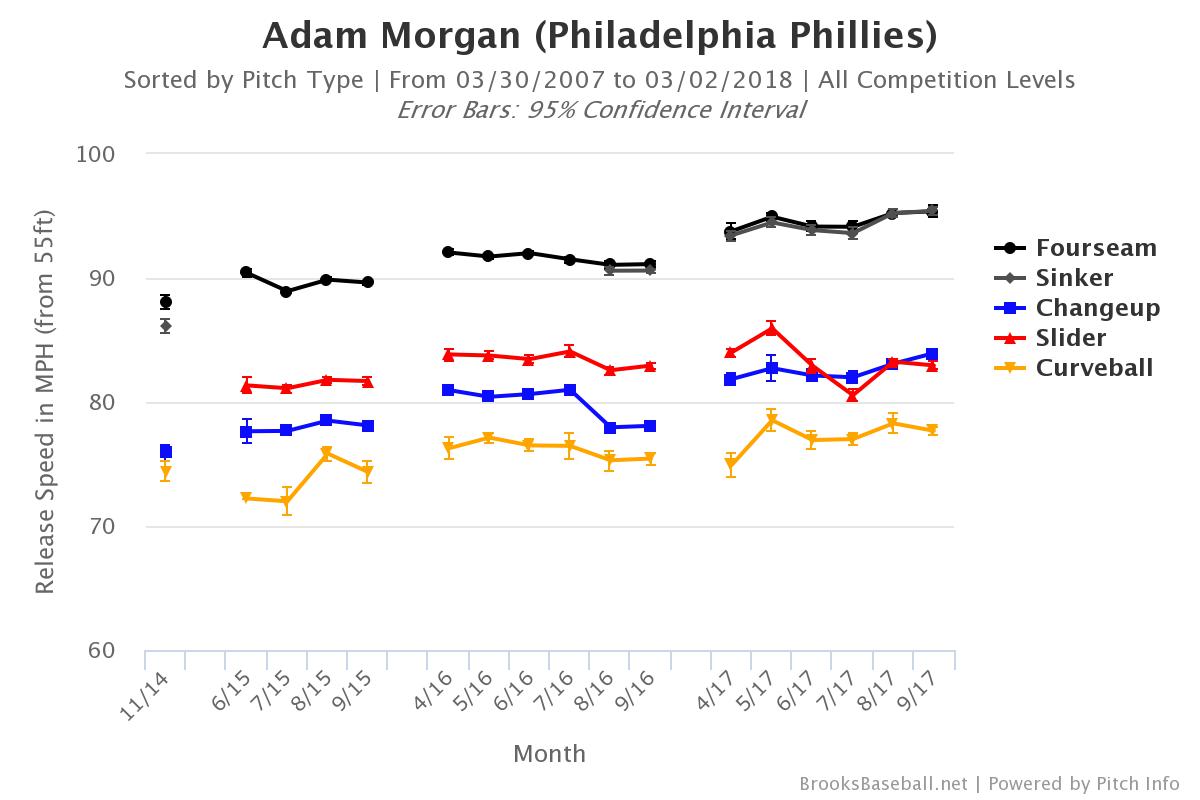 Along with the speed increase, Morgan found improvement with his whiff per swing rate with his change-up to 45.87 percent last year and his slider up to 52.56 percent. These two pitches yielded a .219 batting average against or lower last year. With a new manager in Philadelphia who embraces analytics, Morgan could see an enhanced role either as a multi-inning stopper or potentially closing some games versus left-handed heavy lineups.