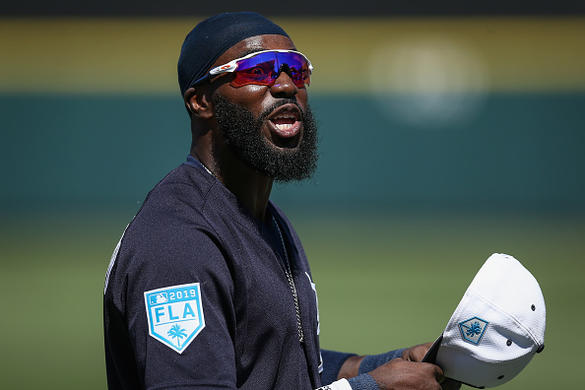 Another Friday means another edition of Late Round Sleepers here at Fantasy Alarm! Take a break from your work day, enjoy some coffee and read up on two starting pitchers and two solid bats that can be had at a great value in your upcoming fantasy drafts. There are two starting pitchers on the west coast that found their way into this article and in fact, they are on the same team! The two bats are two underappreciated veterans that can be more than adequate lineup fillers for your squad.

Without further ado, let’s get into it with a right-hander out in San Diego.

For having just 177.2 innings of minor league work under his belt and yet to pitch in a Triple-A contest, Paddack has fantasy owners salivating at the mouth. The potential with this young right-hander is immense and there are some lobbying for him to be the team’s opening day starter. In his minor league career, the opposition has hit just .193 against him. Some of his other stats are even more impeccable, most notably his 1.82 ERA, 0.80 WHIP and nearly unfathomable 120:8 K/BB ratio. This spring, Paddack has been just as impressive. In his first four starts this spring, Paddack has posted a 2.13 ERA, 1.18 WHIP and a 20:2 K/BB ratio.

His ADP through the months continues to rise and rightfully so. Take a look for yourself:

His overall ADP may be hovering in the mid-400s, per NFBC, but it continues to skyrocket. However, keep in mind that he will likely be on an innings limit this season, and with his career high of 90 innings coming last season, I’m hard-pressed to think Paddack logs more than about 120-125 innings in 2019. Paddack’s long-term potential is immense and in deeper formats, he could be a foundational piece in a fantasy rotation. 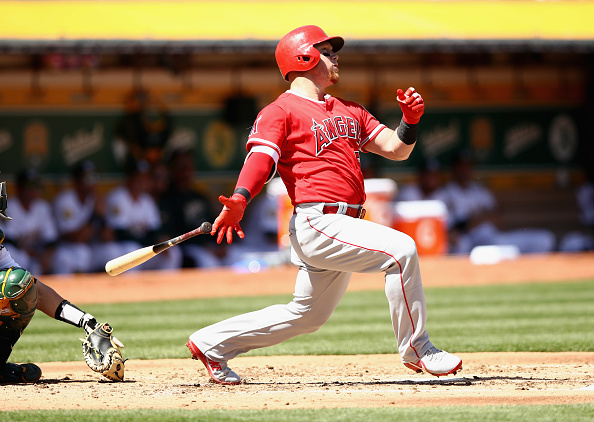 Calhoun was one home run shy of 20 for the 2018 season, but fantasy owners’ interest has weaned off on the Los Angeles outfielder due to his putrid .208 batting average across 137 games last season. His BABIP crashed to a measly .241 and he was very streaky this past season. Calhoun tends to get into funks where he pummels the baseball into the ground, but it’s no surprise that last season his best months were when he was routinely lofting the ball into the Los Angeles breeze. Sure, the career high in swinging strike rate aided in his career worsts in strikeout percentage and contact rates, but other than that, Calhoun was exactly what he was in recent seasons.

In fact, despite having such a disappointing year, overall, his average exit velocity was the highest it’s even been, his launch angle was just a hair off from the year prior, and his 9.3 percent barrel rate was far and away the best of his career. The year he hit 26 home runs, his barrel rate was just 6.8 percent. He was making solid contact last year folks! The strikeouts have been there, unfortunately, in the early parts of spring training, but at his price, he isn’t costing fantasy owners a thing, and with the opposition viewing him as an oversight in the Los Angeles lineup, Calhoun could knock his way back to 20+ home runs and a .255 batting average for practically nothing in drafts!

Harrison certainly isn’t going to win you any fantasy categories, but good luck finding players with ADP outside of the top 500 with an everyday gig in Major League Baseball. Some injuries limited him to under 100 games in 2018 for the first time since 2013, as well as negating him from reaching double-digit stolen bases for the fifth-year in a row. Back in 2016, Harrison hit .272 with 16 home runs and 12 stolen bases in just 128 games for the Pittsburgh Pirates. He was a sparkplug for that team, and while he’ll always be a better player in reality than in fantasy, if he comes back healthy, you could be looking at the cheapest source of 10 home runs and 10 stolen bases in fantasy baseball this season.

His recent trend of increased strikeouts has carried over into this spring, as the veteran infielder has logged an unimpressive eight strikeouts in just 21 at-bats. However, he is hitting .381 during that stretch, so that’s keep the criticism silenced for the time being. The encouraging part is that none of the metrics in his batted ball profile have strayed too far, indicating that if he can stay healthy he could return to that guy he was in Pittsburgh. The increased strikeout rate leads me to believe that his batting average will come down a bit, but with your last pick in the draft, take a chance on the veteran infielder who is the starting second baseman for the Tigers.

Strahm’s numbers last season were impressive, after a down year in Kansas City back in 2017. In 41 appearances last season, Strahm posted a 10.13 K/9 to go along with a 2.05 ERA and 0.98 WHIP. While the majority of his appearances came as a reliever, he made five starts last year and he was excellent in those outings, despite logging just 13.1 innings across those starts. His 18:3 K/BB ratio was solid, and limiting the opposition to a .202 wOBA is solid as well. Per Statcast, Strahm graded out quite well compared to his peers, finishing in the 80th percentile or better in the following categories: Fastball spin rate (86th) (89th), curveball spin rate, strikeout percentage (82nd), exit velocity (88th), hard hit percentage (88th) and xBA (82nd).

Strahm was able to make great strides in terms of making opponents chase on his changeup, even though his heat map for that pitch isn’t exactly ideal, and generating a nasty 55.9 percent swing and miss rate on his slider. He threw his slider much harder (almost four miles per hour faster) this past year, and the returns were immediate. 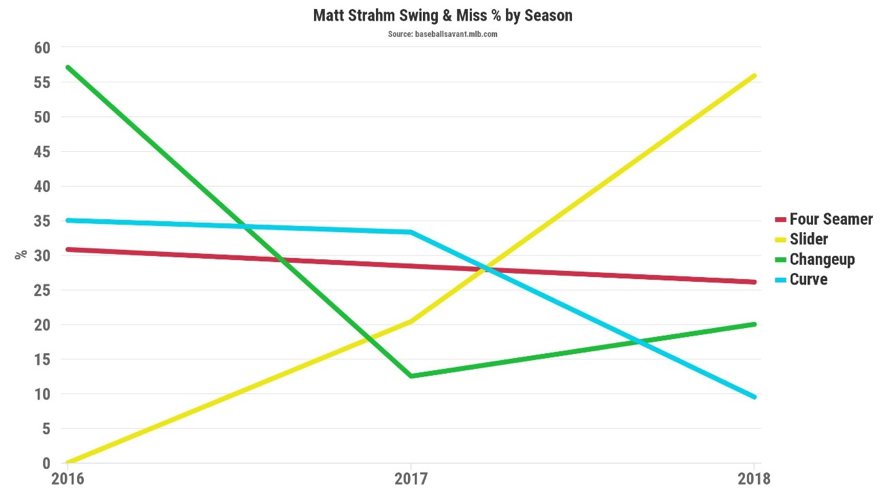 Strahm is a popular late round sleeper with the ability to pile up the strikeouts, but keep in mind that much like his teammate Paddack, he could operate under an innings limit this season, likely around 115-120 innings. 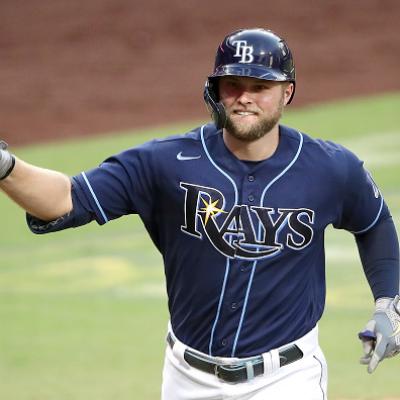 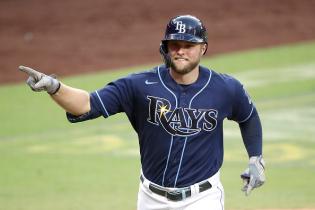 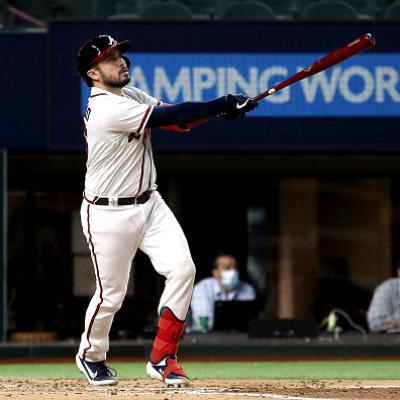 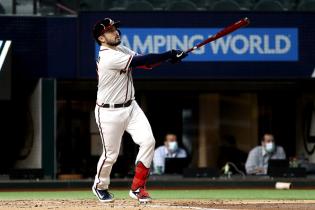 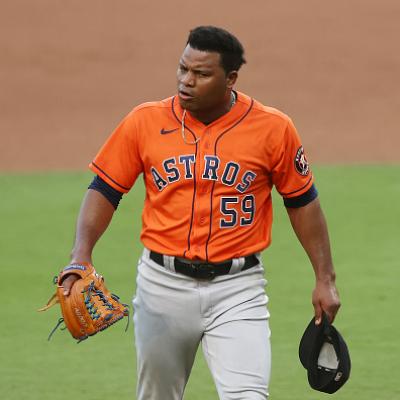 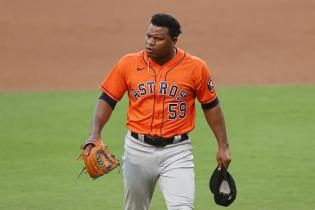 A. Reyes - RP
STL
Alex Reyes fired two scoreless innings with three strikeouts in his Grapefruit League appearance on Thursday against the Astros.
Carlos Martinez started this game and did not impress. Reyes did. The uber-talented right-hander also tossed a perfect inning against the Nationals on Sunday, and he's been able to find the strike zone thus far in Florida. There's a great deal of volatility in his profile, but it's never been a question of stuff for Reyes. At the very least, he's a pitcher you want to keep monitoring this spring.
Added 8:19 pm (EST)
Added 8:19 pm (EST)

M. Brantley - LF
HOU
Michael Brantley went 2-for-2 with a pair of RBI on Thursday in a Grapefruit League contest against the Cardinals.
Brantley knocked in a run in the first with a sac fly, and doubled in a run an inning later; both coming off of Carlos Martinez. The 33-year-old outfielder is back in Houston after re-signing with the Astros on a two-year, $32 million contract, and he should once again be productive after hitting .309/.370/497 with 27 homers and 112 RBi over his last 194 games since 2019.
Added 8:08 pm (EST)
Added 8:08 pm (EST)

C. Bellinger - CF
LA1
Dodgers manager Dave Roberts told reporters that Cody Bellinger is "progressing very well."
Well, that's good. Bellinger has also reportedly been participating in defensive drills, and also has been hitting on the field. All signs seem to be pointing towards the 2019 MVP returning for Opening Day after infamously suffering his shoulder injury during a home run celebration during the World Series. Despite his struggles last year, he's well worth a selection in the first 15 picks.
Added 7:46 pm (EST)
Added 7:46 pm (EST)

C. Martínez - SP
STL
Carlos Martinez allowed six runs over 1 2/3 innings on Thursday in a Grapefruit League start against the Astros.
This could have been worse, as Martinez was pulled in the first inning to keep the pitch count down. He was still charged with five runs in that frame, and gave up another in the sixth. Command was an issue for the 29-year-old, as he walked three in his 2021 debut. It's only a Grapefruit League outing on March 4, but it would be nice to see C-Mart throwing more strikes for those interested in using a draft pick/salary cap funds to add him to a roster.
Added 7:16 pm (EST)
Added 7:16 pm (EST)

J. Sheffield - SP
SEA1
Justus Sheffield fired a pair of scoreless innings on Thursday in his Cactus League debut against the Rockies.
Sheffield scattered a pair of hits and finished with one strikeout. The 24-year-old southpaw emerged as a viable mixed-league option for fantasy managers last season after dramatically overhauling his repertoire, trading his four-seam fastball in favor of a two-seam fastball, which offered increased movement to right-handed batters, and paired more effectively with his hard-biting slider. He’s firmly entrenched in the Mariners’ Opening Day rotation and should be a prime late-round target in fantasy drafts this spring.
Added 6:40 pm (EST)
Added 6:40 pm (EST)

C. González - RP
COL
Chi Chi Gonzalez hurled a pair of scoreless innings on Thursday in a Cactus League start against the Mariners.
Gonzalez allowed only one baserunner in a rather uneventful first outing of the spring. The soft-tossing 29-year-old owns a bloated 5.12 ERA, 1.47 WHIP and 99/84 K/BB ratio across 160 innings (37 appearances, 29 starts) at the major-league level since 2015. He provides valuable organizational depth for the Rockies, and will likely open the 2021 campaign at Triple-A Albuquerque, which means he can be ignored for fantasy purposes moving forward.
Added 6:39 pm (EST)
Added 6:39 pm (EST)

L. McCullers Jr. - SP
HOU1
Lance McCullers went just one inning with a strikeout on Thursday in a Grapefruit League start against the Cardinals.
McCullers threw just 12 pitches in a clean inning, but after a long delay thanks to the struggles of Carlos Martinez in the first inning. In 2020, McCullers posted a 3.93 ERA in his 11 starts  for the Astros, and he's likely to pitch near the top of the rotation for Houston to begin the 2021 season.
Added 6:38 pm (EST)
Added 6:38 pm (EST)

T. France - 2B
SEA
Ty France launched a solo homer on Thursday in the Mariners’ Cactus League matchup against the Rockies.
France went back-to-back-to-back with Mitch Haniger and Kyle Seager off Rockies’ reliever Philip Diehl in the third inning. The 26-year-old slugger has spent time at second base and the hot corner this spring, but projects as the Mariners’ everyday option at designated hitter this season. He compiled a sublime .305/.368/.468 triple-slash line with four homers across 155 plate appearances split between the Padres and Mariners last year. He’s worthy of a speculative late-round selection in all fantasy formats this spring.
Added 6:38 pm (EST)
Added 6:38 pm (EST)