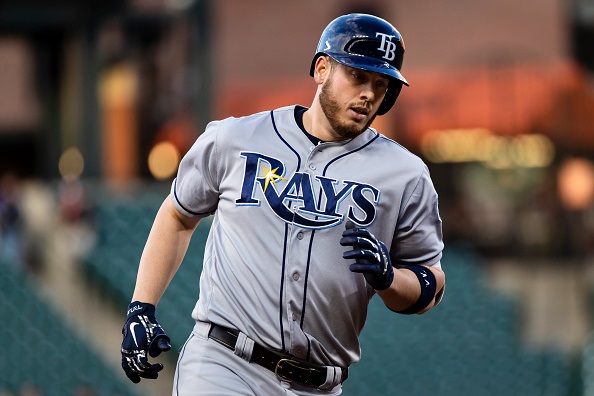 Welcome back FA Nation! Get ready for this week’s edition of Category Impact! If you’re new to the site or just forget how this article works since last week, let me offer a quick refresher.

Category Impact will offer up anywhere from four to six players that can help you out in a certain category, whether it is stolen bases, home runs, or strikeouts. Some weeks, there will be an added focus on specific categories, while others will be just players that you will want to pick up, but there will be in-depth analysis detailing exactly what category, or categories, a certain player will be of added benefit.

This week’s category is…. HOME RUNS! 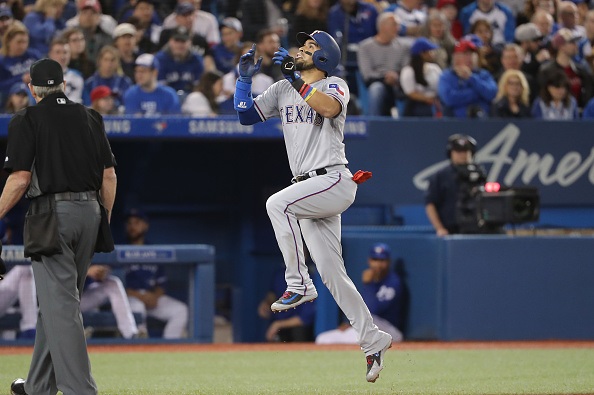 Robinson Chirinos , TEX C – It’s all or nothing for the 33-year-old backstop and that is no exaggeration. His strikeout rate is at a career high right now, currently residing at a putrid 38.7 percent. He’s hitting just .183 and has 15 hits on the year, 11 of which have gone for extra-bases, and six of those have cleared the fence. He’s struck out at least once in eight of his nine most recent appearances, recording multiple strikeouts in seven of those. Yeah. Wow. Yikes. He’s 15-for-82 on the year, and he’s punched out 36 times, meaning of those 67 at-bats that didn’t end in a hit, he punched out over half the time.

His average exit velocity is up nearly two miles per hour above his career mark and his barrel percentage (per Baseball Savant) is up two and a half percentage points. Perhaps more impressive, and maybe why he’s knocking the ball out of the park at this rate, is the fact that his launch angle of 21.9 degrees is over four degrees higher than last year, and nearly six degrees above his career mark. The strikeouts will continue to be a problem, but they are a bit more manageable if he’s able to hit the ball out of the park on a frequent basis.

C.J. Cron , TB 1B – Cron has hit 16 home runs each of the past three years, but at his current pace, he will smash through that brick wall that he seems to stop at each season. Right now, he seven home runs through 28 games, en route to would-be career highs in ISO, slugging percentage and wOBA. He’s hitting line drives and fly balls at a similar rate, but his HR/FB ratio has jumped to a career high and he’s making hard contact more than before.

For the Statcast darlings, his exit velocity is similar, and his launch angle is higher than his career norm, but below last year’s mark of 18 degrees. Unlike last year, he’s having great success against breaking stuff. Last year, he hit just .154 on breaking pitches, but through the first nearly 30 games of the season, he’s hitting .316 against such pitches. Enjoy the power while it’s here, and while he has yet to eclipse 16 long balls in a season, 2018 could be the year he surpasses 20 and approaches 25 long balls.

Jason Heyward , CHC OF – Heyward has just two long balls on the year, but if things continue, he should easily eclipse last year’s mark of 11 in 126 games. Based on recent years, and for the majority of his career in fact, his ground balls are down and his fly balls are way up. Sure, line drives are down a bit, but I’ll take a decrease there for an increase in fly balls and substantial decline in ground ball rate. Even compared to his 27-homer campaign back in 2012, his ground ball percentage is down and fly balls are up.

Furthermore, it’s encouraging that his hard hit percentage of 32.9 percent is the highest it’s been since his powerful 2012 campaign. Don’t get me wrong, Heyward isn’t getting anywhere near the 27 home runs in 158 games that season, but I’m under the belief that he will exceed last year’s measly total of 11. It’s happening people! 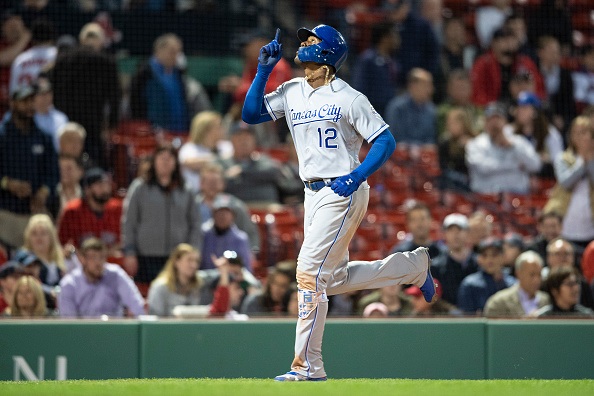 Jorge Soler , KC OF – At time of writing, Soler’s 44.1 percent hard-hit rate is 24th-best in baseball, ahead of guys like Aaron Judge and Giancarlo Stanton . Over the last two or so weeks, Soler is hitting .375 with three home runs, eight RBI and 13 walks, not to mention a .667 slugging percentage. After a slow start, Soler has picked it up and he continues to mash left-handers. In fact, he’s hitting .400 with an outstanding 1.219 OPS against southpaws, but his .770 OPS against righties is far from poor.

Soler has had some bright spots during his career, but those situations ultimately  ended up with him finishing the season or spending a good chunk of it on the disabled list. He hit 10 home runs in 2015 with the Cubs in 101 games. He had 12 through 86 games last season before hitting the shelf. The 26-year-old outfielder was limited to just 35 games last season, resulting in just two home runs and an ugly .144/.245/.258 slash line. If he can stay healthy, he has a floor of 18-20 long balls with a chance of pushing 30.

HONORABLE MENTION: Pedro Alvarez , BAL DH – Alvarez is doing Alvarez things. He’s hitting home runs and striking out. However, to his credit, his strikeout percentage right now (24%) would actually be a career low for him. He’s making hard contact and he’s hitting WAY more fly balls than he ever has before. In fact, his career fly ball percentage is 34.8 percent, but his mark in the early parts of 2018 sits at a whopping 54.3 percent. His HR/FB ratio shouldn’t be in jeopardy, however, because his current mark is similar to his career average.