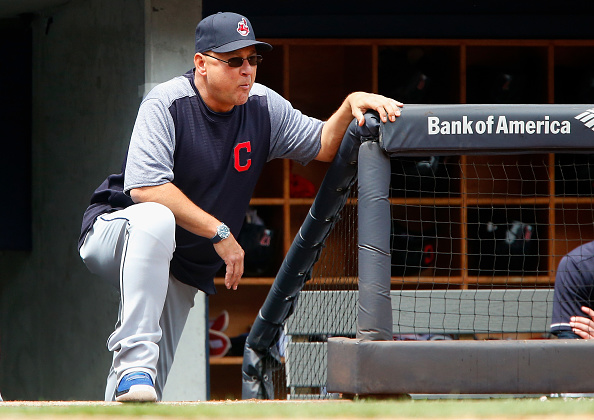 The management of a teams’ bullpen is one of the most heavily scrutinized aspects of an MLB skippers’ job. When to yank a starter, when to bring in the shutdown lefty and when to hand the game over to the closer make up most of the biggest situations a manager faces on a daily basis. After doing some digging we’ve come across several intriguing situations in Major League Baseball involving the handling of rotations and bullpens up to this point of the season. Its getting down to the nitty gritty in terms of fantasy seasons and many of you may be searching for saves or maybe even wins. Take a look below at a few teams who have some outstanding usages that you should take note of.

Tito has an outstanding rotation led by Corey Kluber . Carlos Carrasco has pitched like an ace and Trevor Bauer , up until being placed on the DL due to being hit in the ankle on a come-backer, has been lights out all season long. Mike Clevinger has proven his worth on this staff posting 148 punch outs in 151.2 innings with a 3.38 ERA. Without even looking you could assume they are at the top of the league in starting pitching statistics and you would be absolutely correct. The Indians starters lead the league in innings pitched with 767.2 and have the third lowest xFIP at 3.59. The Cleveland offense is also third in the bigs in runs scored with 620, increasing the starters chances at getting that win. Getting a guy like Shane Bieber or Adam Plutko down the stretch could give you some sneaky wins being backed by this high-powered offense. Tito has every reason to let his starters decide their own fate with the talent he has in that rotation.

As for the bullpen, having starters this good means that they won’t be pitching a high number of innings. In fact, Cleveland has the least number of innings pitched from a bullpen in all of baseball with 329.2. The high-octane offense and elite starting pitching puts them in outstanding position however allowing the relievers to post 85 saves/holds up to this point in the season. Cleveland relievers have the tenth best xFIP in baseball at 4.06 despite the leagues 27th best ERA of 4.86. This bullpen has plenty of room for improvement and will have plenty of meaningful chances to get those holds and saves and correct that team ERA a bit going forward.

Manager Kevin Cash has done an incredible job coming up with a plan to put his pitchers in the best position possible every time they toe the rubber. The Rays are the exact opposite in terms of pitching usage this season. Rays starters have a league low 502.1 innings pitched due to their “Opener” strategy in which a reliever starts the game, going one or two innings, then bringing in a typical starter to go three to five innings. The strategy has been a success statistically and has allowed the team to attack opponents with analytics-driven matchups throughout the game. On a personal note, being in a league with a weekly start limit, using pitchers like Jalen Beeks , Yonny Chirinos and Ryan Yarbrough has allowed me the opportunity to get a starters workload of strikeouts and wins without being charged a start since they’re coming in later in the game. That is one advantage you could capitalize on by rostering a few of the Rays pitchers. Yes, the starters have barely exceeded 500 innings, but they’ve been effective posting a 3.86 FIP and the leagues fifth highest K-Rate of 24.8% in those limited innings.

The “bullpen” numbers are also skewed a little since a lot of these innings have come from guys who ARE starters, they’re just coming in after the first inning or so. The Rays bullpen leads the league in innings pitched with 598.1 and have the 21st best xFIP at 4.26. That mount of innings won’t allow great numbers over a full season but have been very effective considering. The bullpen is 35-31, league high in wins and losses, ninth in saves and sixth in holds. The amount of innings has put the Rays at the top of every category in terms of counting stats just because of sheer volume. They have the second most strikeouts but also have the second most walks. You have to look at this bullpen in the proper context, they are going to get a ton of decisions and counting stats while hurting your ERA and WHIP as a unit. What a weird team to roster in terms of fantasy impact.

The Pale Hose are a lot less interesting in regards to fantasy baseball but its worth noting that they have been horrendous this season. White Sox starters have pitched the 11th MOST innings in baseball and have posted the leagues WORST xFIP of 5.34, YIKES! James Shields , Reynaldo López , Lucas Giolito and Dylan Covey are a combined 21-42 and none of them have an ERA below 4.30. They do however, have two bright spots in Carlos Rodon and Michael Kopech . Rodon has been excellent in his return from injury posting a 1.02 WHIP in 12 starts this season. However, his .210 BABIP and career low K-rate of 19.9% have to give you some cause for concern moving forward. The White Sox have announced that the team will be calling up top pitching prospect Michael Kopech to start on Tuesday versus the Twins. Acquired in the trade that sent Chris Sale to the Red Sox, Chicago is hoping he’ll take this opportunity and run with it.

Manager Rick Renteria has just as tough a job dealing with his bullpen as he does his starters, if not worse. Renteria has let his starters carry most of the load this season as his bullpen has only amassed 397.2 innings, good for 26th in the league. Limited exposure hasn’t been of much help however as they’ve posted an xFIP of 4.33 ranking 24th in all of baseball. Its been a rough go of it for Renteria as he doesn’t really have anywhere to turn in his bullpen. Its time to make these call ups from the minor leagues and get the youth and energy back for the White Sox. A plethora of young talent coming up through the system should make them at the very least, an exciting team in the next year or two.