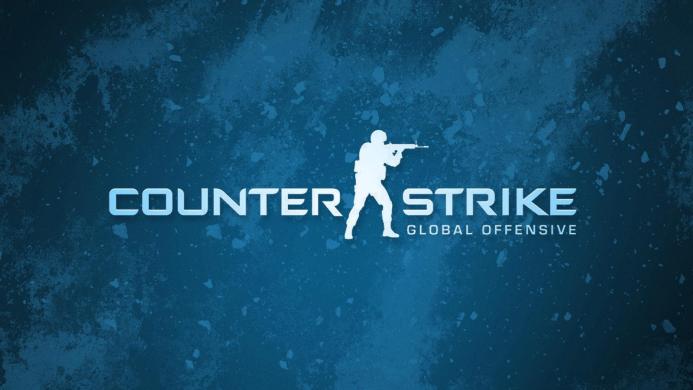 Welcome back FANation! We have just a two-match slate for the start of the weekend on Friday in the DreamHack Open Summer 2020 Event. Let’s jump in and see what we have!

Our first best of three match is out of the North America region, and this is the semi-final round between FURIA and Chaos. The current betting odds are favoring FURIA pretty heavily in this one, as they are listed as at -435 on the money line to win this match. Chaos Had to actually win their last match, which was a decider match against the same team they beat the prior match in Ze Pug Godz, to be able to play in this match against FURIA. FURIA took care in both of their first two matches in this event, wasting no time with a 2-0 sweep over Year, and beating TeamOne in a three-map affair in their last match to advance to this semi-final match. We do have two prior matches between these two squads during this year, with FURIA winning both, however one was just a best of one where FURIA won 16-5 on Inferno, and the latter was a best of three that actually went the full distance and FURIA came out victorious winning both Overpass (16-8) and Inferno (16-11). Chaos’s only map win was on their choice of Nuke, in which it took OT for them to win this one 19-17. Since we do have four maps we can analyze for player performances, let’s see who performed the best in these maps. For FURIA in that span, both yuurih and KSCERATO top the team with the best individual performances, but there was another who somewhat stuck out when looking at all the numbers. Yuurih lead the team with a +29 K/D diff, 1.48 K-D, and a 1.31 Rating, while KSCERATO was next with a +27 K-D diff, 1.54 K/D, and 1.22 Rating. The one that stuck out however, was VINI, who has had his best numbers against any team over the last three months (I get it is a small sample, but any value edges you can find in a 2-match slate can be very helpful), as he carried a +13 K-D diff, 1.18 K-D, and 1.20 Rating, which was actually third best on the team as it sits. For Chaos over that span, the only player option to have a positive stat-line (need I remind that leaf was not part of the team yet) was Vanity with a +8 K-D diff, 1.12 K-D, and 1.10 Rating. Let’s see if we can project the maps for this one, since it has been almost 4 months since these two played and Chaos has actually been very busy, while FURIA has only played the two matches since their almost month-long break.

The first bans for these two include Dust2 for FURIA, and Vertigo for Chaos, in which is the typical first map choice for FURIA. Nuke being the typical first map choice for Chaos and being the only map, they did beat FURIA on in their prior two matches, I am pretty confident they roll with it here again. FURIA on the other hand, will likely go with Mirage. In their last match against TeamOne, TeamOne banned Vertigo as well, and FURIA went with Mirage as their pick. Now, that does present an issue, because they lost that map to TeamOne. SO, with that said, in their prior two matches, Inferno was a popular map for FURIA and they won two of the two times played on there. I could easily see this match go Nuke and Inferno, and I am going to go with those as my two projected map picks for it as a result. Let’s see who has played well on these lately. For FURIA on their projected map choice of Inferno (13 map sample) HEN1 is the lead guy here over the last three months with a 1.24 Rating, 0.71 KPR, 0.54 DPR, 1.05 IMP, and 79.3 ADR. Three others follow him here above a 1.0 Rating, starting with yuurih at 1.13, KSCERATO at 1.13, and lastly, arT at 1.07. For Nuke (six map sample) interestingly enough, VINI leads this map over this span with a 1.07 Rating, 0.70 KPR, 0.71 DPR, 0.92 IMP, and 82.4 ADR. Three follow here as well with HEN1, arT, and KSCERATO all sitting at 1.04 to round out the list. For Chaos on their projected map choice of Nuke (16 map sample) Xeppaa is the top guy here with a 1.23 rating, 0.80 KPR, 0.61 DPR, 1.13 IMP, and 79.9 ADR. All other options are still sitting above a 1.18 Rating here, beginning with Jonji at 1.23, vanity at 1.20, and both steel and leaf both at 1.18. For Inferno (20 map sample) its Xeppaa once again at the top here with a 1.22 Rating, 0.79 KPR, 0.63 DPR, 1.25 IMP, and 82.1 ADR. Three others follow here with vanity at 1.08, leaf at 1.05, and lastly, steel at 1.04. Obviously, the books are favoring FURIA here bigly, but Chaos has really done nothing but get better over the last couple of months. They were a bit over-whelmed by Liquid a couple of days ago, and it resulted in a 2-0 loss, however, they shown in their prior best of three with FURIA that they could take them the full distance. If they can put it all together for this one, we could easily see three maps once again, but I have to go with FURIA to get the win. Let’s talk options.

ANCHOR: KSCERATO – (Just feel he has really good numbers against them in their H2Hs, and he been playing well since they joined hits Event)

Top Stacking Options: KSCERATO, HEN1, yuurih (Really all are in play with even arT who has played well, and VINI having his best numbers against Chaos over the last three months)

ANCHOR: Xeppaa – (He doesn’t have the best numbers against FURIA, but that was months ago, and he has been stellar lately, and his numbers on the projected maps show that as well for the last three months)

We have the second best of three of the day and it is also a semi-final match out of the North American region between Liquid and TeamOne. Looking at the current betting odds for this match, there is no surprise that Liquid is favored heavily, and they are quite the largest favorite on the slate sitting at -1430 on the money line to beat TeamOne. TeamOne showed a bit of resilience today as they beat Cloud9 in a three-map affair, after losing the FURIA in a three-map affair also. TeamOne is literally a team of teenagers, but these kids are actually pretty dang good, and are one of the up-and-coming teams in North America. We don’t have any head-to-head detail between these two, so we will look at the last three months for some stand-out individual performances for each. For Liquid, its easily Grim, the newly added option who has been balling lately, sitting with a 1.36 Rating, 0.89 KPR, 0.65 DPR, 1.40 IMP, and 95.7 ADR. Next, it is EliGE at 1.12 rating, then NAF at 1.10, Twistzz at 1.07, and Stewie2K at 1.00 to round out the team. For TeamOne, its b4rtiN at 1.12 Rating, 0.72 KPR, 0.68 DPR, 1.12 IMP, and 79.2 ADR. Next, its prt at 1.05, pesadelo at 1.04, Maluk3 at 1.03, and malbsMd at 1.00. Let’s see if we can land some projected maps for this match.

The two first ban maps for these two lately include Vertigo for TeamOne, and Train for Liquid, which just so happens to be the typical first map pick for TeamOne lately. The first pick for Liquid is and usually always has been Mirage, even though it has not been great to them only winning 25% of their last eight tries there. Liquid chose Inferno in their last match against Chaos after Chaos picked Mirage first, so I still think we can safely say that Liquid will go with Mirage as their first map choice. I think that TeamOne will go with Dust2, as it has been their best map lately, and this was the map that they beat Cloud9 on as their first pick as well. So, I can feel pretty confident that we get Mirage and Dust2 as the two first map choices for this one. Let’s see who has performed well here lately. For Liquid on their projected map choice of Mirage (eight map sample) Grim leads the team (however he played for a different team need I remind) sitting at 1.18 Rating, 0.76 KPR, 0.68 DPR, 1.18 IMP, and 84.6 ADR. NAF follows him here closely at 1.17, EliGe at 1.03, and lastly, Stewie2K at 1.02. For Dust2 (three map sample) Grim has played his map 10 times and has had outstanding numbers also with a 1.38 Rating, 0.96 KPR, 0.67 DPR, 1.53 IMP, and 97.1 ADR. For the regular Liquid players, it is EliGe next at 1.12, and then NAF at 1.01 to round it out. For TeamOne on their projected map choice of Dust2 (six map sample) pesadelo sits at the top for this one with a 1.34 Rating, 0.86 KPR, 0.65 DPR, 1.38 IMP, and 93.4 ADR. All others follow him here starting with both prt and b4rtiN at 1.24, Maluk3 at 1.21, and lastly, malbsMd at 1.19. For Mirage (seven map sample) it is prt with the lead here sitting with a 1.11 Rating, 0.77 KPR, 0.65 DPR, 0.98 IMP, and 82.0 ADR. Two others fit the bill here with b4rtiN at 1.02, and pesadelo at 1.01 to end the list. On paper, this looks like an easy 2-0 for Liquid, BUT, just BUT, if TeamOne shows up like they did against Cloud9 on Dust2, I could easily see them taking that map. I don’t think that Mirage is an easy steal for Liquid, however, I do think they win that one decently easy. Dust2 will be the key to if TeamOne has a chance of making this a match and taking it the full three-map distance. Let’s talk options.

ANCHOR: Grim – (How can you not think that he is the top player here?)

ANCHOR: pesadelo – (Going a bit off the reservation with this one, but he rates out very well on Dust2, a map they will need to win to make this a match, so I will be looking for him to carry)