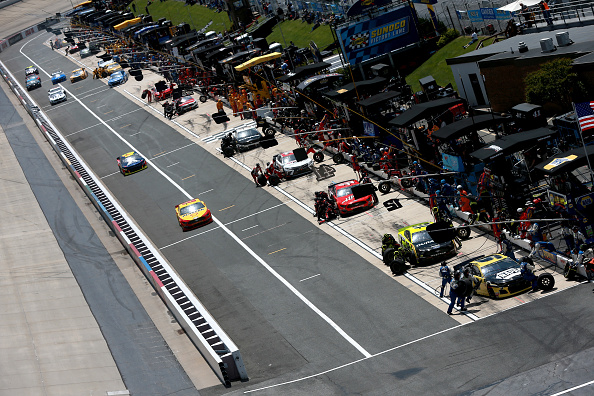 The second round of the playoffs kicks off this Sunday with the second trip to Dover on the Cup season. Miles the Monster, the track mascot, is awaiting those who arrive and he’s emblematic of just what the track brings to bare on the drivers who take to it. The high-banked 1-mile track is like Bristol on steroids as they stated on the NBC broadcast during practice on Friday and that’s a fitting description. Banked at 24 degrees in the corners and made entirely of concrete, the surface carries a ton of speed and the surface changes it’s grip level throughout the race based on temperature and rubber laid down and whether it’s sunny or overcast. That makes setting up the cars tricky here and staying ahead of the track conditions are imperative.

Typically, this is a track you can make up some ground though more than half the winners have come from top-five starting spots in the grid. In the Spring race here, it was fairly tough to pass, though some drivers were able to make up ground in the field throughout the day on the track, and not just with pit strategy. Long run speed is king here as drivers can easily click off 100 laps in a run on tires and gas, though cautions are always in play since the track and traffic are hard to navigate at all times. Restarts are where the most trouble can happen if a driver doesn’t get going or spins the tires, get ready for a “big one” we typically see at bigger tracks. There is also the chance that a piece fails on a car because of the loads and demands the track and drivers put on the equipment at the Delaware oval.

Laps led dominator points are in play this week and the scoring will be high on FanDuel with the laps completed points coming into play. We’re looking for drivers that can hold spots inside the top-10 since positional differential might be tough to come by depending on qualifying efforts and if the track races like it did in May here when the leader can set sail.

This is an analysis of what’s happened on track the last five years regardless of what driver (active or not) held that starting spot. It’s not a hard and fast rule to live by though.