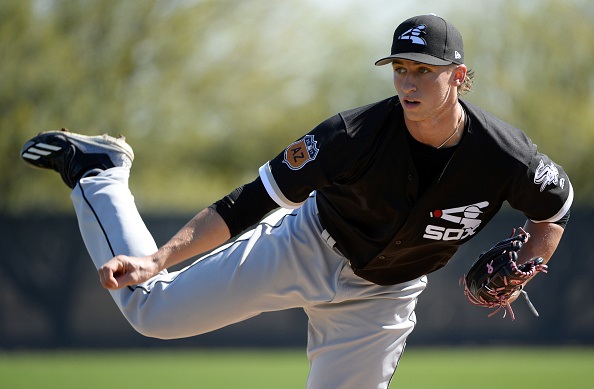 Last week, we broke down the top prospects likely to make rosters coming out of spring training for the AL and NL Easts. This week it’s time to look at the central divisions and see who can or should make the final 25-man rosters. Several teams in these divisions are in the midst of rebuilding processes, which should be good for prospects chances, however the same teams undergoing rebuilds, don’t necessarily have the best crop of prospects. 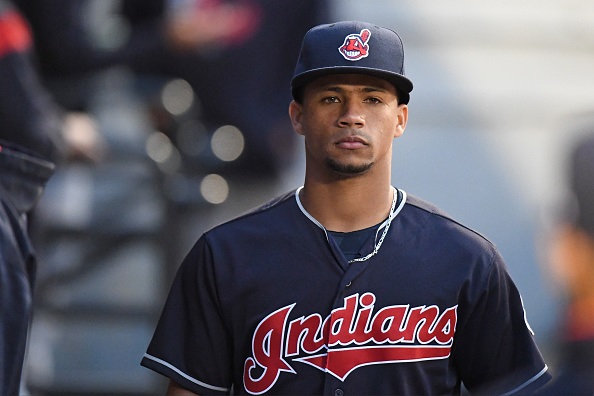 Francisco Mejia (C CLE) – Mejia made waves back in 2016 when he posted a minor league record 50-game hitting streak while working through the lower levels. Since then, his bat has done nothing but improve with a .297/.346/.490 slash line at 21 years old a year ago. At 22 this year, he is clearly the future backstop in Cleveland but the question is can they move him out from behind the plate as well. He played third base in the Arizona Fall League this past offseason, but that didn’t exactly go smoothly for him. Not to mention that Jose Ramirez, an All-Star and fantasy stud, currently occupies the hot corner. First base isn’t a picnic either as the newly acquired Yonder Alonso will take most of the games which moves Edwin Encarnacion to the full-time DH once again. So his only hope to make the roster out of camp is if the Tribe carry a third catcher, but that reduces their vaunted bullpen by one. So overall he is a very talented, toolsy, catcher who will have an immediate fantasy impact, when he gets at bats that is.

Michael Kopech (RHP CWS) – The amazing velocity coming from this man’s right arm has been a thing of legend for a few years now, but now he’s closing in on showing that off to big league hitters. He was part of the deal that sent Chris Sale to Boston before 2017 and Kopech was a dominating presence on the mound in 2017. His three-pitch mix of a triple-digit fastball, a two-plane upper-80s slider and a still developing changeup made minor league hitters look silly with a BAA of .184 and 11.7 K/9 over 134.1 innings last year. Kopech has the talent to be the ace of the White Sox staff, however his age is working against him at the moment. MLB service time rules almost guarantee that Kopech will pitch in Charlotte (Triple-A) for a few weeks so as not to lose a year of control. If for some reason he simply makes it impossible for them to do that based on spring numbers then that’s his only chance to break camp with the team. 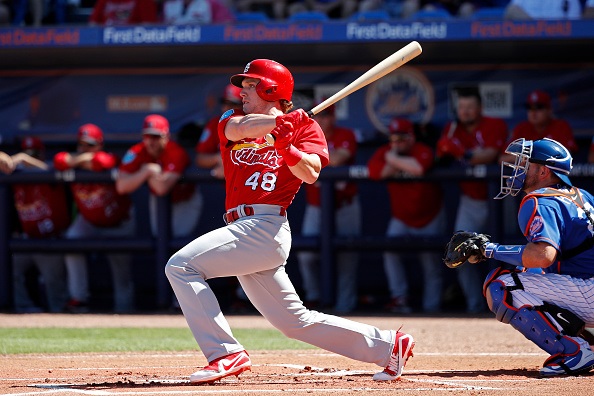 Harrison Bader (OF STL) – A former third round pick out of the University of Florida in 2015, Bader has progressed through a crowded Cardinals farm system to break through for a 32-game stint in the majors last year. However he only saw 85 at bats and thus is still a prospect heading into 2018.  Until the Randall Grichuk trade there was not a spot for him in the St. Louis outfield, but now he’s a candidate for the fourth outfield spot. Bader showed that he’s big league ready at Triple-A Memphis last season with a .283/.347/.469 slash line over 123 games with 20 homers, 74 runs, 55 RBI, and 15 steals in 431 at bats. A slight uptick in walks wouldn’t kill him with just 34 compared to 118 Ks. He is slated to be the backup to Tommy Pham in center leaving camp and could see time in right when they want to spell Dexter Fowler for a game or two. The 20-15 upside is tantalizing but the lack of at bats this year will likely limit his full upside.

Jack Flaherty (RHP STL) –A lot of folks have been talking about Luke Weaver as the youngster in the Cards rotation, but I actually like Flaherty better. He isn’t guaranteed a rotation spot just yet but his stuff should have him in the conversation all the way ‘til the end of spring, if not into the season. Flaherty upped his game in 2017 and posted an impressive stat line across two levels at Double-A and Triple-A. In 148.2 innings he went 14-4 with a 2.18 ERA, 1.04 WHIP, 147 strikeouts, 35 walks and a .221 BAA over 25 starts (15 of which were at Triple-A). He’s got a mid-90s fastball with very good command, an above average slider that flashes signs of being a plus pitch and changeup, and an average curve that will suffice. Flaherty’s overall skillset make him a very good number three pitcher with room to improve at just 22 years old.

Tyler Mahle (RHP CIN)–Mahle has been an underrated pitcher for almost his entire minor league career. He’s known as a command-control guy, which is usually a phrase that tanks a pitcher’s upside immediately. That description doesn’t fit Mahle very well though. His 2017 season topped all Reds pitchers in ERA and WHIP with a 2.06 and 0.96 respectively. A 10-7 record in 24 starts and 144.1 innings followed with 138 punch-outs via the strikeout. Mahle’s four-pitch mix plays up with his strike percentage and his ability to mix pitches and speeds very well, making opposing hitters uncomfortable as evidenced by his .208 BAA mark in 2017.  The Reds have an opening in the rotation with a few guys battling for it in spring, but with him having pretty much nothing left to prove in the minor leagues, there shouldn’t be a reason for the Reds to send him back to Louisville come final cut time.