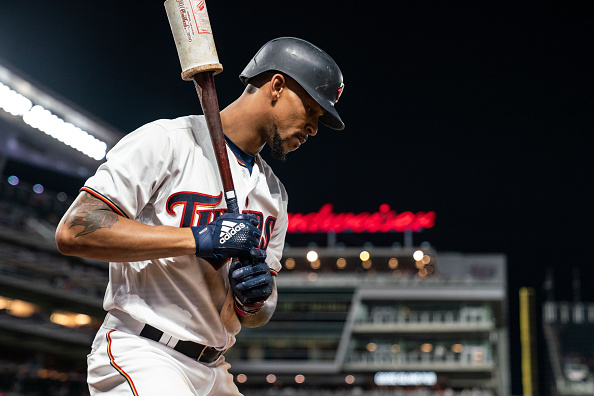 Yusei Kikuchi – The latest Japanese import is starting to gain steam in the fantasy baseball world, as his ADP has rose to 167 this week, 12 spots higher than the 179 mark he had the week prior. Kikuchi has looked solid thus far in spring training with four strikeouts, a 0.80 WHIP, and two earned runs against across five innings pitched. He has received praise from his manager and is already plugged into the number two spot in the Mariners rotation. There is very little risk involved with drafting him (even at his new current uptick in price) and the rewards could be huge. Kikuchi has good stuff and we have seen many Japanese pitchers have strong rookie seasons in MLB (Hisashi Iwakuma , Yu Darvish , and Masahiro Tanaka , just to name a few recent ones). 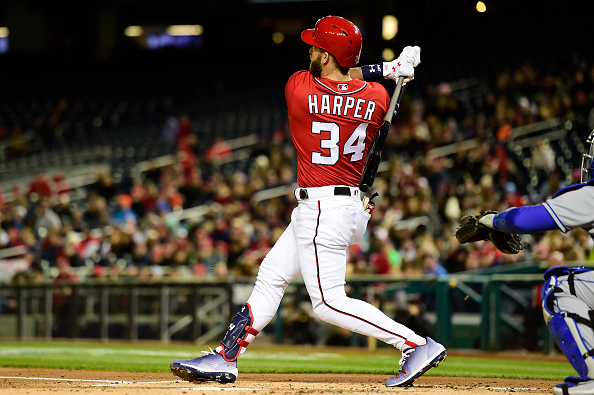 Bryce Harper – Unsurprisingly, everyone is really loving Harper’s landing spot with the Phillies. Citizens Bank Park ranked 12th in runs scored and 4th in home runs last season and he will be surrounded by a stacked Phillies lineup. He has had success in the Phillies stadium throughout his career as he has 14 home runs in 179 at bats there, a home run in every 12.78 at bats, compared to his 18.07 mark that he has in his career at Nationals park. Over the last week his ADP is at 16, five slots higher than his ADP in the previous week of 21. Of the three most mentioned landing spots for Bryce – Phillies, Giants, Dodgers – the Phillies were easily the best spot for him to put up the best fantasy numbers as both the Giants and Dodgers parks ranked outside of the top-10 in both runs and home runs last season. His stock is still rising too, as over the last three days his ADP is 14.

Byron Buxton – Buxton has gotten off to a scorching hot start in spring training – 6-11 with three home runs and 11 RBI – and it has people going Buxton crazy again. His ADP over the last week is 146, up 24 spots from his 170 ADP in the week prior.  How much should we really be buying into his hot spring start though? We have seen him crush minor league pitching time and time again and that is essentially what he is doing thus far as his home runs were off Jalen Beeks , Hunter Harvey , and Domingo Tapia. Buxton still has plenty of upside, but don’t let a few good swings off low-tier pitchers cloud your memory of what we have seen from him in the majors. His hot start is a good sign and even at his current price tag of 146 he is a fine target to take a shot on, but don’t be the guy selecting him around pick 100 based on a small spring sample.

Josh James – James was a very hot name about 10 days ago and his fantasy stock was skyrocketing, but an injury to his oblique last week has made his ADP come crashing down. After suffering the injury, his manager A.J. Hinch stated that the injury “probably takes him out of the rotation conversation given the timeline that we have.” His ADP over the past week is sitting at 214, down 26 spots from the 188 mark it was at in the week prior. James has great stuff and he posted fantastic numbers in his brief 2018 stint with the Astros, compiling a 2.35 ERA, 0.96 WHIP, and 29 strikeouts across 23 innings pitched, but with this recent news, it makes him a lot less attractive in redraft leagues. He should still provide some nice numbers this year, but it will take a bit longer than everyone hoped.

Clayton Kershaw – Kershaw’s plummet in fantasy drafts continued this week as his ADP for this week was 64, 17 spots lower than the 47 it was at in the week prior. Kershaw is one of best pitchers that the game has ever seen, but he has failed to pitch more than 175 innings in any of the last three seasons and is already dealing with shoulder inflammation that may cause him to miss Opening Day this year. He is also coming off his worst season since his rookie year, as he posted a 2.73 ERA and only had a 8.6 K/9. Yes, those numbers are still amazing, but they are far from what he produced from 2009-2017. Along with the decrease in strikeouts has come a decrease in his fastball velocity of nearly four mph since 2015. Kershaw can still be an elite pitcher with a fastball around 90-91, but not if he keeps spending significant time on IR. He is a very risky pick, but one that can come with nice rewards if he keeps sliding down the draft board.

Mike Soroka – Soroka was supposed to be a very popular young arm heading into the 2019 season, but he is still battling a shoulder issue and will not be ready for the start of the season. Normally (including nearly every other team) an injury that causes a player to miss a small chunk of time at the beginning of the season would not be a huge deal for fantasy purposes, but the Braves having plenty of capable arms it may be tough for Soroka to crack the rotation when he’s back to full health. The fantasy community understands that too, as his ADP over the past week has fallen to 427, a 70(!) pick drop-off from the week prior.  Soroka is very talented and only 21-years old, so his shoulder issue should not have a big effect on his Dynasty value, but it is rightfully taking a big hit on his redraft value.

Elvis Andrus – Andrus is one of the most puzzling cases I’ve seen in fantasy baseball in recent memory. He was a top-75 pick in fantasy last season and is now being picked closer to 200 than 175. His current ADP for the past week is 193, down from 187 in the week prior. This is a guy that should be trending up. Last season he was a disappointment with the broken elbow he sustained on a HBP that caused him to miss a large chunk of the season, but he is now fully healthy and it will not be a lingering issue. He is only 30-years old, will start every day, and is slated to hit third in the Rangers lineup. In 2017 he hit 20 home runs, drove in 80, scored 100 runs, stole 25 bags, and hit .297. I am not big into spring training stats, but so far he is 4-7 with a double. This is someone to keep an eye on and I would not be surprised to see his ADP creep up as we get closer to the season.

Yu Darvish – Darvish missed the majority of the 2018 season with multiple injuries to his right arm. As you could expect, it has put a big hit into his fantasy value and he is being selected around pick 150 currently. However, this is a new year and Darvish claims to be fully healthy and even said that he feels the best he has in his career. If that is true, and he can return to his 2012-2017 form, Darvish makes for a huge bargain in fantasy at his current price. If he pitches well in his next couple spring training outings, don’t be surprised to see his ADP start to climb a bit.

*ADPs are based on NFBC drafts.