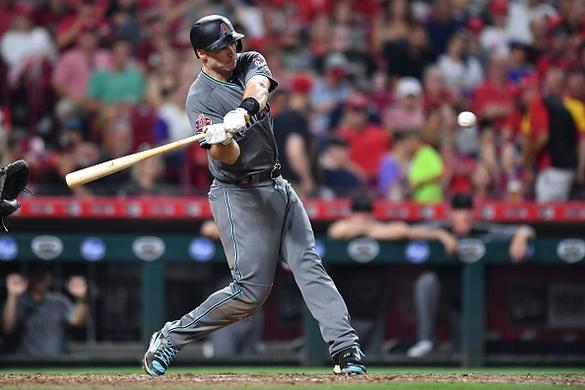 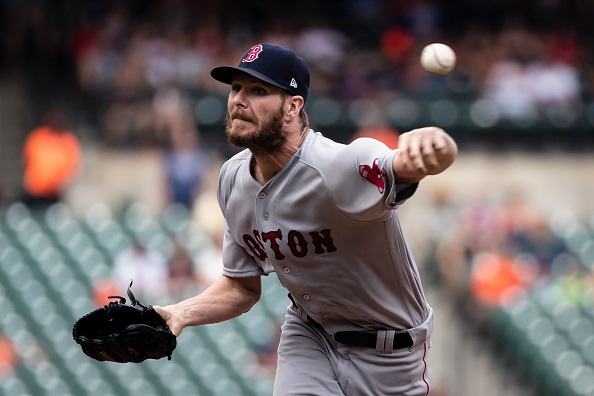 Chris Sale was electric in his return from the DL; he hurled five shutout innings and struck out 12 en route to his twelfth win of the year. He surrendered just one hit and only needed 68 pitches to get through five frames. He finished with 57.0 points on FanDuel.

Ronald Acuna and Ozzie Albies continue to be the most exciting young duo in baseball. Acuna smacked his 15th home run of the year and Ozzie Albies later joined him in the Braves home run parade with his 21st of the season. This pair will be a spark at the top of the Braves lineup for many years to come. Their home runs helped carry the Braves to an 8-7 victory over the Brewers.

Since the Brewers scored seven runs in that loss to the Braves, it’s only natural that someone on their side had a big day right? That man was Jesus Aguilar . He finished 3-for-4 with a home run, a walk, four RBI, and a run scored. The home run gives him 29 for the year and the four RBI have him up to 87 in that department.

José Reyes and Michael Conforto carried the Mets offense to a 4-3 win over the Marlins today. It’s been a horrendous year for Reyes, but today was different, he finished 2-for-3 with a home run, two RBI, and a run scored. He is now 5-for-17 (.294) with three home runs in August. Conforto only had one hit, but he made it count by swatting his 15th home run of the season. An interesting thing of note for this game, Seth Lugo picked up the save and Robert Gsellman was used in the eighth inning.

CC Sabathia had his best game of the season in the Yankees 7-2 win over the Rangers. He fired six shutout innings and struck out seven while allowing just one hit. He now has seven wins to go along with a 3.32 ERA in what has been a very quiet but strong season for the veteran lefty. Giancarlo Stanton helped propel Sabathia to the win by crushing his 30th home run of the year. It was his fifth home run in the last six games.

Paul Goldschmidt had a monster day at the office. He hit a pair of dingers and also doubled. The two home runs were 25 and 26 on the year. He finished with 46.9 points on FanDuel and led all hitters in scoring. He is hitting .325 in August (13-for-40) and .282 for the year.

Tyler Glasnow continues to look fantastic since joining the Rays. He tossed a season high five innings and struck out six. He only gave up two hits and one run, but did not factor into the decision. In his three starts for the Rays he has pitched a total of 12 innings and surrendered just three earned runs while striking out 20. The team continues to stretch him out as a starter and he has progressed in each start, going from three innings, to four, to five in today’s start. Deeper leagues may want to add him before it’s too late.

Mike Zunino bashed another home run today and he now has 17 on the year. It was his fourth home run in his last six games and the slugging catcher has really turned it on since July 27. Since then, he is 14-for-50 (.280) with five home runs and eight RBI. When Zunino is hot, there are not many catchers better to own in fantasy. Ride the hot streak.

Niko Goodrum stuffed the stat sheet in the Tigers 4-2 win over the Twins; he finished 1-for-2 with two walks, a RBI, a run scored, and a stolen base. The steal was his ninth of the year to along with his 12 home runs. Over the last three games, Goodrum is 3-for-8 with two home runs, five RBI, three runs scored, three walks, and a stolen base. He has turned in a solid fantasy campaign for those playing in deeper leagues and should continue to produce across the board.

You wouldn’t know it by looking at the final score in the Indians 9-7 win over the White Sox, but Carlos Carrasco was lights out. He fired seven innings of one-run ball and struck out nine. He picked up the win and improved his record to 14-6. The nine strikeouts give him 155 on the year across 136.1 innings pitched.

Joey Lucchesi bounced back from a rough start his last time out and fired six shutout innings. He struck out six and only gave up two en route to his sixth win of the season. The rookie will carry an impressive 3.45 ERA into his next start.

As noted in yesterday’s Closing Bell, Dereck Rodriguez was on a roll heading into his start today and he kept it going against Pittsburgh in the Giants 4-3 win. He pitched seven innings and struck out four while giving up just one run. He notched the win and his record now stands at an impressive 6-1. If you haven’t been taking this guy seriously, it’s time to start doing so. If he is somehow still available in your league, go and scoop him up.

Adam Engel had a fantastic day at the plate – 3-for-4 with a home run, triple, three RBI, and a run – but it’s what he did in the field that had the crowd going wild. Check it out:

Stop us if you've seen this before.... pic.twitter.com/VpAVz7K2Td

Will the Cubs offense be able to produce anything against a red-hot Max Scherzer ? Scherzer over his last four starts has a 1.67 ERA and a 3-0 record.

After collecting two more hits today, J.D. Martínez has his average up to .333; can he pull off the Triple Crown this year? He currently leads the AL in home runs and RBI, but trails Mookie Betts by .017 for batting average.

Robinson Canó will make his return to MLB on Tuesday, what will he look like in his return?