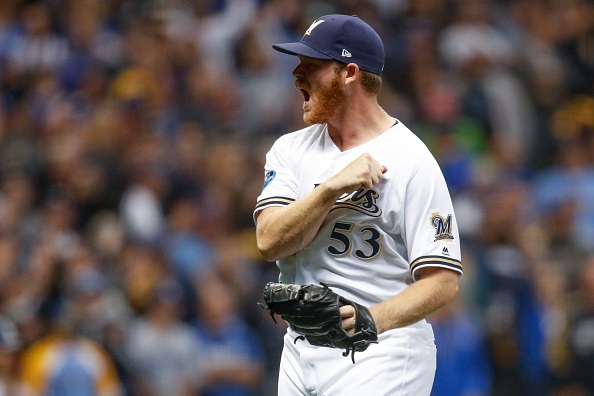 Welcome back professional baseball! Well, sort of. When this article drops we’ll officially be two games into the season. The weirdest part of it all is that when the Mariners touch back down in the states, they have another spring training game on Friday. Yeah, insane. Anyways, we’re officially SEVEN days or one week or 168 hours or 10,080 minutes away from the first day of the year and there are still some rotations yet to be finalized. Some, on the other hand, have been, barring injuries of course.

The Detroit Rotation is Ful-mer of Holes

Well, the Tigers staff was already kind of in flux as they were deciding on a fifth starter but they found out devastating news that Michael Fulmer is going to need Tommy John Surgery. So now what? Fulmer was projected the teams “ace” and be their Opening Day starter. With that out of the window, it’s going to be Matt Boyd opening the year. The other Matt, Moore, has basically won a job outright with Fulmer going down. The guy he was battling with in Daniel Norris still hasn’t won the job, which says a lot about how much the Tigers trust him.

Fighting with Norris for the final rotation spot is Spencer Turnbull who has seemingly overthrown Norris currently, at least according to the Tigers beat writers. Turnbull was magnificent on Wednesday twirling five scoreless innings against the Phillies allowing only three hits. His bench coach, who coached Wednesday’s game was even quoted as saying “When a player does that, he kind of makes the decision for you", talking about Turnbull throwing strikes and basically taking control of the job. Turnball profiles more as a ground ball pitcher than anything else as he’s notched a 50-percent rate or better at virtually every minor league stop and at the big leagues last year the number ended up being 46. I’m not sure he’s somebody that should be on our radar outside of AL-only leagues until the 26-year old proves his worth. As for Norris, he should definitely get his opportunities, but it looks like best case scenario for him is long relief, at least to start the year.

Atlanta Has Their Guy 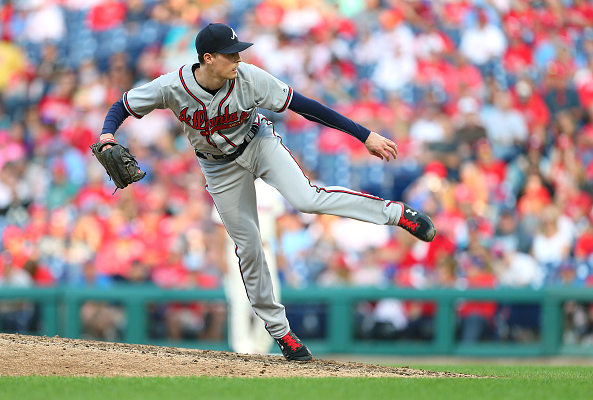 That guy seems to be Max Fried. Fried fired five scoreless innings on Tuesday while striking out seven Nationals. Fried has now fired 15.1 spring innings and allowed just four earned runs which has helped him post a 2.35 ERA. Fried has been very strong in the strikeout department as well, posting a 9.4 K/9 mark and has flashed excellent control as well posting a 16:5 K:BB ratio. Those are the types of numbers that peak my interest and somebody I would invest a roster spot on my fantasy team for. Fried is a top-100 prospect across all platforms that rank them, so this isn’t just a random guy having a good spring. This is legit.

With Mike Foltynewicz missing the beginning of the season to boot, Touki Toussaint will have a chance to shine in the Braves rotation as well. Something we’ve touched upon during the first couple of pieces of this season long article is that Toussaint has elite strikeout stuff. Well, through 14 innings, he’s punched out 17 opponents. I personally view him more as a streaming option as this point, but a good one at that, considering he has serious swing-and-miss stuff in his arsenal.

Why am I saying this, you ask? Well, the Royals announced on Tuesday that Homer Bailey has officially won a rotation spot to start the year. Both he and Jorge Lopez won spots as the Royals will transition Ian Kennedy into a bullpen pitcher.

Over the last two seasons -- a span of 38 starts -- Bailey has amassed a 7-23 W/L record and hasn’t posted an ERA lower than 6.08 in either season. Bailey posted horrendously awful numbers last season such as an 18.7-percent HR/FB ratio, 40.1-percent hard hit rate and allowed 1.95 HR/9. He has ZERO fantasy appeal. None. Zilch. Nada.

Lopez has had quite the solid spring and thus far has notched a sparkling 1.88 ERA through 14.1 innings. Lopez isn’t a big strikeout guy and hasn’t had much success in the big leagues, so maybe in the correct matchup I’d consider him a streaming option here and there, but I’m not going out of my way to get him onto my seasonal team.

There wasn’t just one spot in the Brew-Crew rotation available entering camp, there was two. It’s likely that only one is up for grabs after the spring Brandon Woodruff has put together. He hadn’t allowed an earned run until Wednesday in which he allowed three over 5.2 innings, but just one out away from registering what would have been -- if it were the regular season -- a quality start. If his spring is done, it was a dandy as he notched a team best 20 strikeouts in just 14 innings to go beside a 1.84 ERA. Woodruff intrigues me as a back-end of the staff type of pitcher. I wouldn’t waste a lot of my FAAB on him in free agency, but a couple of bucks for a guy showing a high strikeout floor is definitely appealing.

As for the fifth and final spot, Jimmy Nelson won’t be winning it as he opens the season on the 10-day injured list. He’s going to continue to pitch with the Triple-A team and work his way back to where he needs to be and the Brewers are going to evaluate him sometime around the middle of April, which is the time we should find out whether or not he’ll be up with the big league team and in their rotation.

With Nelson out of the equation for now, it’s a three headed race between Zach Davies, Freddy Peralta and Chase Anderson. The easiest move for the Brewers would be to send Peralta to Triple-A because he still has options, but he has the most upside of them all due to his ability to create swings and misses. Anderson was very good in 2017, but ‘18 wasn’t as friendly as the peripheral stats that we figured would catch up to him, such as xFIP and SIERA, surely did. Davies has gotten beaten up this spring posting a 7.88 ERA across 14 innings. Neither Anderson or Davies tickle my fantasy in terms of garnering a roster spot on any of my fantasy teams if they do in fact win the fifth and final spot.

What Should Oakland do about Their Fifth and Final Rotation Spot?

Oakland’s final two spots will likely be taken by two guys without options in Frankie Montas and Aaron Brooks. The 28-year old Brooks has made 10 career starts and didn’t exactly have the best spring, so Oakland could actually choose to go with an “opener” approach on days he is scheduled to start. Major League Baseball at one time -- prior to the 2015 and ‘16 seasons -- had Montas as a top-100 prospect but he hasn’t lived up to the hype. He too, like Brooks, is out of options so Oakland’s hands are pretty much tied. Being tied is a loose term because Montas has a sub-one ERA at 0.88 across 13 spring innings. He’s shown a MASSIVE improvement in the control department, posting a 13:3 K:BB ratio. Montas’ problem has been his inability to throw strikes at basically every level he’s pitched at. That would be a monumental step in his development if he continues to just throw strikes.