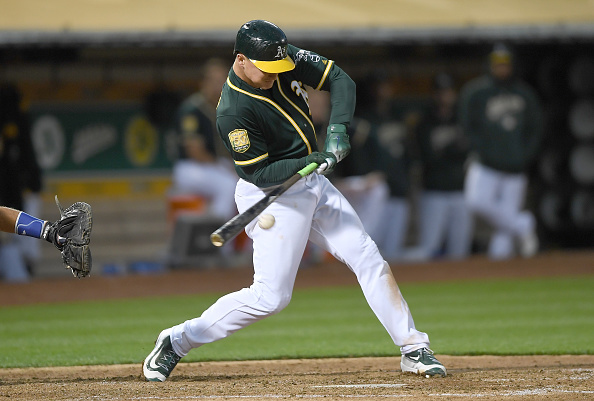 Maikel Franco , PHI 3B (62% ownership), FAAB Bid - $14 - When the Phillies promoted Scott Kingery, Franco’s job was on the line. But Kingery has been the one fighting for playing time with Franco putting a stranglehold on his position at the hot corner. Franco put together a robust slashline of .330/.378/.593 in July and has started off August with a bang with a walk off homer on Thursday night. He’s currently riding a six-game hitting streak and has hits in nine of his last 11 games. He should be owned in all formats going forward.

Nick Pivetta , PHI SP (42% ownership), FAAB Bid - $12-13 Pivetta still needs to tighten some things up, but the strikeouts have been there all year long, especially lately. He’s tied with Max Scherzer for the league lead in strikeouts over the past 14 days and is seventh in the league over his past 30 days. Pivetta has mostly been unlucky this season posting a 3.22 xFIP which is a run and a half lower than the 4.75 ERA he’s posted. Once that begins to balance out a bit more, his value will skyrocket.

German Marquez , COL SP (23% ownership), FAAB Bid - $10-11 - Marquez has been pitching very well lately and that continued on Friday. He’s won four of his last five outings and as I’m typing this he’s in line for another one after firing seven innings of two-run ball while striking out nine (Editor’s note: Wade Davis gave up a walk off HR to Eric Thames to blow the win for Marquez). Marquez has now posted seven straight outings of five strikeouts or more and four of the seven have been eight or better. If only we could see how he’d fair if he weren't pitching for the Rockies for 162 games. 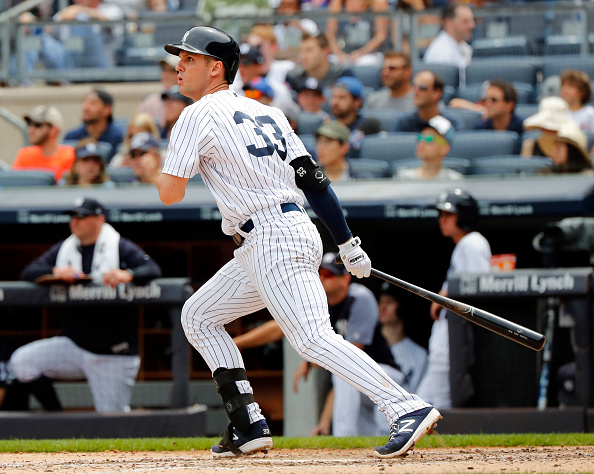 Greg Bird , NYY 1B (46% ownership), FAAB Bid - $8-9 - Bird’s ownership is essentially because of his name and who he plays with. He has, however, been better since the All-Star break hitting .295 with a .330 wOBA. We know his swing is tailor made for Yankee Stadium, he’s just never been able to stay healthy for an entire season. Now that he is healthy we’re seeing the player we all thought he’d be at the dish. If he turns on the power switch as well as the high average, he’s someone that should be owned in more than just 12-team leagues.

Steve Pearce , BOS 1B, OF (10% ownership), FAAB Bid - $8 - Just over the past two games Pearce has homered four times. He entered Friday night’s contest against the Yankees hitting .358 since joining the Red Sox as well. If he continues to hit this way, he’ll take over first base over the struggling Mitch Moreland . Depending on how Ian Kinsler ’s injury turns out as well, he could begin seeing more time in the outfield if Mookie Betts actually continues playing second like he did on Friday.

Mitch Garver , MIN C (8% ownership), FAAB Bid - $6-7 - You won’t see catchers here very often, but we have two viable options here. Garver has been really good in recent weeks hitting .344 over his past 10 games. He’s taken full control of the catcher’s job in Minnesota which he should keep throughout the remainder of the campaign. Garver is viable in deeper leagues with the potential for 12-teamers if he continues to produce at the plate.

Austin Hedges , SDP C (12% ownership), FAAB Bid - $4-5 - If you’ve been scouring the waiver wire for a second catcher in two-catcher leagues or even a starter for NL-only formats, Hedges could be an option for the remainder of the year. Hedges has started to pick it up in the power department lately, something we saw a lot of last year. He’s homered three times over his last seven games. His numbers in the AVG, OBP and SLG departments are actually all up from last season, he was just injured for a chunk of this year which has limited his production to seven homers and 22 RBI.

Tyler O’Neill, STL OF (6% ownership), FAAB Bid - $5 - Since trading away Tommy Pham , O’Neill has started in three of the four games the Cards have played. He’s had at least a hit in all four as well and has even swiped a base. O’Neill hit three homers in his last Major League stint and that’s something we’ve seen him do plenty of at the Minor League level. He’s even swiped double-digit bags a few times in the minors, so he could possibly contribute in that category as well.