**UPDATED SUNDAY** Howard Bender pores over the data and the match-ups to bring you his favorite plays for NFL Week 11 DFS main slate contests. 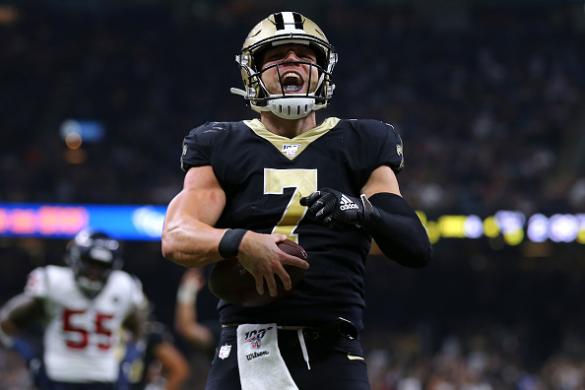 Welcome to the DFS Playbook for NFL Week 11!

Is that Taysom Hill on the cover? Really? Are you trolling us, Howard?

Actually, no. I'm not trolling you, the loyal members of the #FANation #FAmily. I'm doing it as a point I've tried to make over the last few days since all this Taysom Hill nonsense started. People have been freaking out about Hill's position eligibility ever since word spread that it would be Hill, not Jameis Winston , as the Saints starting quarterback this week. Seasonal fantasy football folk were outraged that ESPN had Hill eligible as a tight end because, if he was the starting quarterback in New Orleans, then those who owned him would be able to play a quarterback in their tight end slot, thus, turning their team into a superflex team while everyone else was just playing regular ol' fantasy football.

Do I like it? No. But Hill's eligibility has been in place since the season opened, so where was all the outrage then? If you are one of those people who is so tilted by this, where were your emails to ESPN then? Where was all this outrage? What reason did Hill have being listed as a tight end? There wasn't one, so why didn't you say anything back then? Drew Brees got hurt last year and you incurred the same exact risk. Oh, but it was Teddy Bridgewater who got the nod, so you had nothing to worry about. Now, with the distinct possibility that Hill could be the starter this week and you could be affected in a negative way, now you 've got your panties in a twist? No. Sorry. It doesn't work that way. You knew he was eligible at tight end and yet you did nothing about it. Once he is named the starting quarterback and someone else made the move in your league, now this is the worst thing that ever happened in fantasy sports. Puh-leeeeeze.

Stop your bitching. Stop your whining and crying. Someone grabbing Hill and starting him at tight end pisses you off because it increases their chances of winning and decreases yours. Sorry. Snooze, you lose. I warned people back on Monday before waivers. If you failed to heed that warning, well, this is the hand you've been dealt. Now play it.

And for those who continuously ask me if I think it's right or ethical or whatever, my answer is this: It doesn't matter what I think. My job is not to criticize ESPN for their stupidity. My job is to help you win championships. And if telling you on Monday before waivers to add Hill is going to help you win a championship, then that is EXACTLY what I am going to do. I'm not telling you to cheat. I'm not telling you to do anything outside the scope of the rules presented before us. I'm telling you to exploit a loophole to put yourself in a better spot to win a championship. End of story. If you disagree, then so be it. Say goodbye with absolutely no hard feelings. But I am not going to let my personal feelings inhibit you from dominating the competition. And that is just that.

I've probably rambled on for too long with this now and some of you are like, "Sweet blog, brah, but what the hell does this have to do with DFS?" In truth, nothing. Because FanDuel has had Hill as a tight end all season long. I even used him in a #WaiverWired contest against Jen Piacenti and Jerry Ferrara a few weeks back. I guess, the point to make is that here in the DFS space, Hill is going to have to be a staple in your lineups on FanDuel this week IF he is actually names the starting quarterback. Sean Payton backpedalled on Friday and said he still hadn't made his decision, so techinically, we still don't know. The information was all leaked through beat writers on Friday morning, so with Payton now putting it back up in the air, we have to wait. BUT WE PREPARE WHILE WE ARE WAITING -- just like in seasonal. That means, for now, we look at this slate as if Taysom Hill will be locked into our FanDuel lineups at either tight end or flex. We'll have other tight ends to look at here in the Playbook, but just keep it in mind. If you only play on Draft Kings, then don't worry so much. He is only a QB over there and, frankly, even if he is named the starting QB, I have little to no interest in using him there, even in a GPP tournament.

So there it is. Rant over. Thank you for indulging me. Now let's get back to the business of winning money this week.

Before we get to the actual players in the Playbook, a few reminders for those who may be joining us late, here is your three-step process to lead you up to going through your favorite Playbook plays:

Step 2: Check out the rest of the relevant DFS content

In addition to the positional coaching pieces, you also have things like the DFS Watch List, where I provide you with a list of players I am looking at throughout the week. We have the NFL DFS Podcast with me and Jon Impemba (@jimpemba777), who also does the Contrarian Corner video and check out the DFS Bargains from Jen Piacenti (@jenpiacenti). Our Master of Tools, Matt Selz (@theselzman), supplies you data junkies with the Weekly Match-Up Report and everyone should also be reading the Weekly Game Previews and WR/CB Match-Up Report from Ryan Hallam (@fightingchance).

It's real easy to just sit and wait for the Playbook, but as you are doing your research throughout the week, it is important to make notes and list the players who interest you the most. Maybe they end up in the Playbook and maybe they don't. If they're there, then great, it should mean we are honing in on the same things that make him a strong play. If not, maybe you're onto something else that someone overlooked. We aren't perfect and if you uncover something different, maybe you're right. I would be careful of routine groupthink and hype from beat writers, but often times someone will tell me something they saw about their local team that I missed and I am always looking to investigate more if its there. If you do, then say something in the chat. Talk it out and see what the rest of the #FAmily thinks.That's why the chat is there, isn't it?

With those three steps complete and discussions are in progress, you are ready to look at the Playbook players, make comparisons and finalize your list for lineups, so let's get to it.

Side Note: Playbook may loook a little crowded this week, though, in truth, there are only three extra players (and one extra defense) in here this week than any other week. I'm trying to limit the options, but there are certain forces in-play that we need to deal with. Dalvin Cook 's price tag and projected ownership rates are both pretty high. I don't want to pigeon-hole you into locking him into your lineups like I am likely going to do myself, so I want to offer some other pay-up options as well as another option or two for salary help, but not to the point where we are chucking darts for cash games.  I'm also looking at ownership rates, particularly for cash, becuase we are going to want to keep pace with the field. And finally, the Taysom Hill situation -- we want to build lineups both with and without him, just in case Sean Payton turns around and declares Jameis Winston as his starting QB. 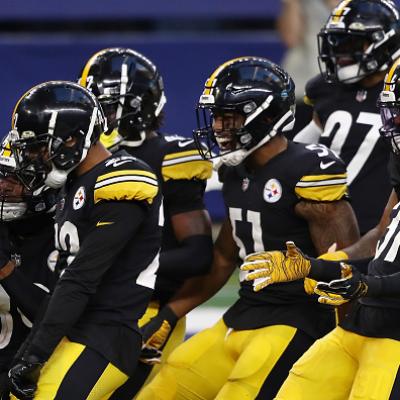 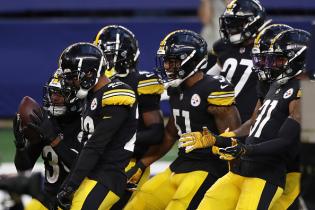 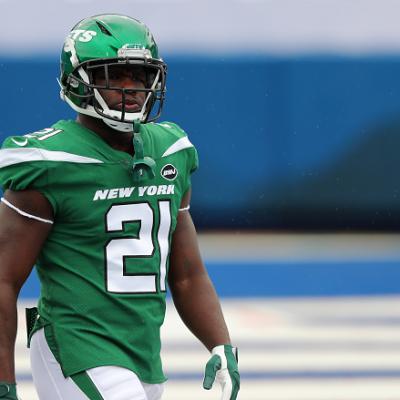 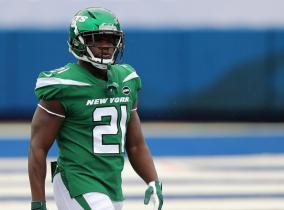 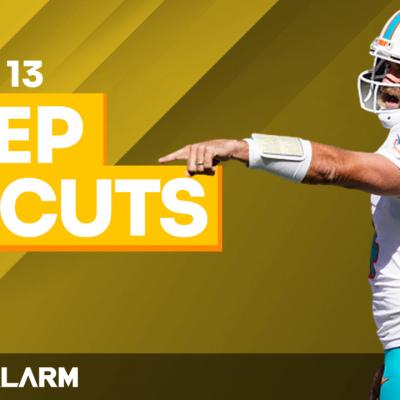 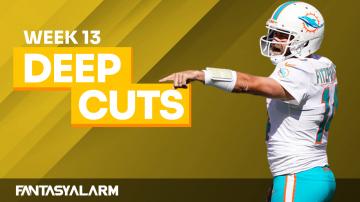 K. Golladay - WR
DET1
Kenny Golladay (hip) remained sidelined at Wednesday's practice.
It's not a good sign for his chances of returning Sunday. Golladay was an early rule out in Week 12 and looks likely to miss his fifth straight game. The Lions are hoping to get back  D'Andre Swift (concussion) and Danny Amendola (hip) this week.
Added 11:22 am (EST)
Added 11:22 am (EST)

H. Bryant - TE
DET
Lions activated TE Hunter Bryant (concussion) from injured reserve.
Bryant will return to full practice this week. The undrafted rookie has been sidelined all year with concussion and hamstring injuries. Bryant will be making his debut whenever he gets cleared to play.
Added 11:16 am (EST)
Added 11:16 am (EST)

D. Shelton - DL
DET
Lions placed DT Danny Shelton (knee) on injured reserve.
Shelton started every game before going down, playing 61% of snaps. It's a downgrade to a run defense that was already one of the league's worst. Da'Shawn Hand should pick up Shelton's snaps.
Added 11:11 am (EST)
Added 11:11 am (EST)