Drew Brees completed 26-of-38 passes for 312 yards, one touchdown, and one interception in the Saints' 34-24, Week 2 loss to the Raiders Monday night.

Despite missing Michael Thomas (ankle), Brees was still able to eclipse 300 yards. The Saints jumped out to a quick 10-0 lead in the first quarter, but the Raiders controlled the game over the final 45 minutes-plus. Brees' interception was a poor throw over the middle picked off by LB Nicholas Morrow. His touchdown was a short toss to Jared Cook. Most of Brees' passing yards were piled up after the catch by Alvin Kamara, who led the team with 95 yards through the air. Brees is no longer a top-12 fantasy play at the position and won't be a recommended option next week at Green Bay. Sep 21 11:54 pm (EST) 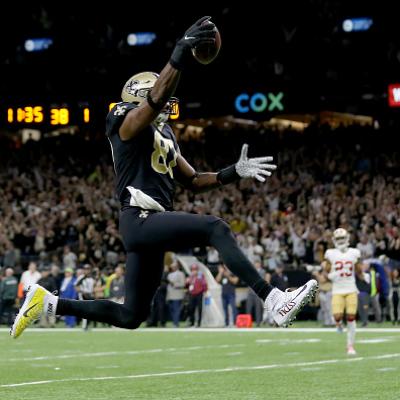 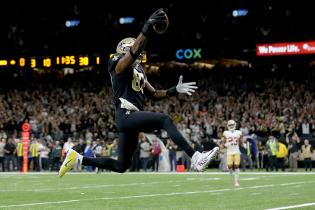 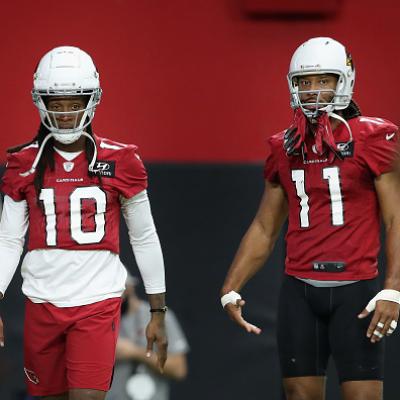 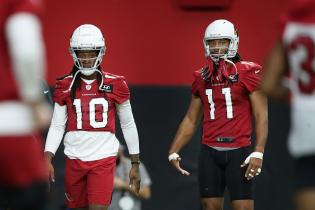 NFL James White (personal) out for Week 3 vs. LV

T. Taylor - QB
LAC1
Tyrod Taylor (lung) is out for Week 3 against the Panthers.
Justin Herbert will fill in for Taylor, who may have watched his starting job get taken from him last week while in a hospital bed for no fault of his own. The Chargers medical staff accidentally punctured his lung while giving him a pain injection an hour before Week 2. Taylor could be ready to return for Week 4, but if Herbert plays as well as he did last week, we'd assume the Chargers stick with their first-round rookie despite coach Anthony Lynn's soft spot for the bridge quarterback.
Added 7:24 pm (EST)
Added 7:24 pm (EST)

D. Waller - TE
LV1
Darren Waller (knee) is questionable for Week 3 against the Patriots after returning to Friday's practice and getting in a limited session.
Waller will be good to go in New England, but it is unclear what percent he will be at physically after soaking up a ridiculous 16 targets against the Saints on Monday. Patriots coach Bill Belichick sung Waller's praises this week, a not-so-subtle indication he will be a focal point of the defensive game plan. At seemingly less than 100 percent going up against a defensive maestro, Waller probably belongs more in the TE5-6 range than TE3-4.
Added 6:11 pm (EST)
Added 6:11 pm (EST)

J. Jeudy - WR
DEN1
Broncos head coach Vic Fangio said WR Jerry Jeudy will be a game time decision for Week 3 against the Bucs.
Jeudy was listed as questionable. He was targeted seven times last week against the Steelers. If he's inactive this Sunday, rookie KJ Hamler -- who made his debut last week -- becomes a sneaky fantasy play. The speedy wideout could default into volume in what's likely to be a pass heavy Denver offense. Hamler got seven targets while playing 62 percent of the team's offensive snaps in Week 2.
Added 4:55 pm (EST)
Added 4:55 pm (EST)

M. Thomas - WR
NO1
Saints WR Michael Thomas (ankle) is out for Week 3 against the Packers.
Thomas will miss another game. Tre'Quan Smith, last week's most targeted Saints receiver, will be the No. 1 wideout against Green Bay on Sunday night. With Thomas out, Jared Cook could also see more involvement in the team's declining passing attack.
Added 4:51 pm (EST)
Added 4:51 pm (EST)

B. Berrios - WR
NYJ
Jets WR Braxton Berrios (hamstring) is questionable for Week 3 against the Colts.
Someone get Laverneus Coles on the phone. The Jets' receiver injury bug has infected Berrios, who caught a touchdown on eight targets last week against the Niners. If Berrios is inactive this week, Chris Hogan could stumble into considerable volume. We're not sure if that matters or not. Jets wideouts should be avoided outside of 20-team fantasy leagues.
Added 4:20 pm (EST)
Added 4:20 pm (EST)

M. Cole - C
ARI
Cardinals C Mason Cole (hamstring) was ruled out for Week 3 against the Lions.
It's the second straight absence for Cole, who was replaced by Lamont Gaillard in Arizona's starting lineup against Washington. Gaillard graded out as Pro Football Focus' No. 32 center among 37 qualifiers in Week 2. He'll make another start across from Detroit's injury-riddled defensive unit in Week 3.
Added 4:19 pm (EST)
Added 4:19 pm (EST)