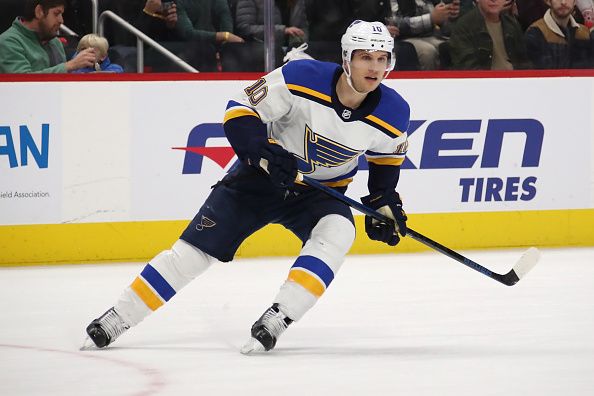 Much like the Eastern Conference, these are the playoffs teams as they are currently placed based on the points today. These matchups do not account for the difference in games played or anything else that could potentially occur before playoffs start. That being said, the West should have a great set of first-round matchups. You have a scenario where the lessor seeded teams in each matchup won the season series, and in 3 of the 4 cases by a sweep. Expect Calgary and Edmonton to carry lots of animosity especially if the battle of Alberta rages on for 7 games, and expect there to be a couple of surprises winners to come out of these matchups, they are really that close.

You would have to imagine that if you’re St Louis that facing a team that you have lost to 4 times in the regular season isn’t ideal. That being said, the Blues are built to win in the playoffs with their depth and grit, they will be also be aided greatly by the return of Vladamir Tarasenko, who will add some scoring punch. In spite of the season series record, I will look for the Blues to win this, but in 7.

Nashville wins 3-2(SO) in Nashville

Nashville Top Scorers in the Series

This is another interesting matchup. The Jets top two lines are as good as any in hockey and have benefited from a Vezina worthy season from Connor Hellebuyck, which makes them dangerous in the playoffs. Vegas is fairly equal in those same terms, with their top 6, and with a healthy Mark Stone they have a player who can help shut down one of Vegas’ lines, they also have 2 top goalies, so should Fleury struggle early they should have confidence going to Lehner. I expect this to be another tight series, but I’m taking the Jets in 6.

Winnipeg Top Scorers in the Series

Vegas Top Scorers in the Series

The margin of victory in the regular season between these two teams was razor-thin, with 2 games going to overtime, and a third decided by 1 goal. These two teams are very similar, with both teams being dependant on their top line to score, and both having goalie depth. The difference-maker in this series could very well be Gabriel Landeskog. If he is able to keep Seguin in check it could tilt things in favor of the Avs, but they will need MacKinnon to play like the top 5 player that he is. Expect another long series, but I will take the Avs in 7.

Dallas Top Scorers in the Series

Colorado Top Scorers in the Series

The Battle of Alberta in the first round should be fun. These two teams have played 4 times this year, with the results being either blowout or close game, and I wouldn’t be surprised if this was the result come playoff time as well. As you would expect from Edmonton you have seen big performances from Draisailt, and McDavid, but very little coming from their 3rd and 4th lines. Edmonton is really fun to watch, but with their shaky goalies, it’s hard to see them going on much of a playoff run. I like Calgary to win this series in 7.

Calgary wins 4-3(SO) in Edmonton

Calgary Top Scorers in the Series

Edmonton Top Scorers in the Series