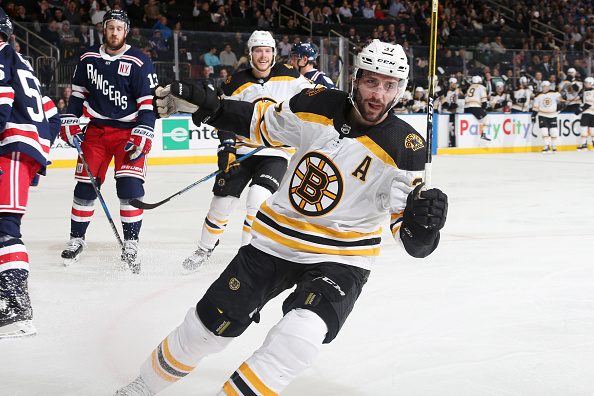 With the idea that the NHL playoffs could be a couple of months out, let’s take a look at how the matchups would break down if the standings as they are today were to be used. This creates some very interesting matchups, with the Battle for Pennsylvania, what should be a shootout with the Leafs and Lightning, and what could be a potential upset with the Bruins taking on a Blue Jackets team that has had their number so far this year. Check out how each matchup has broken down this year.

The matchup between Toronto and Tampa Bay has the potential to be a really fun, high scoring series. The layoff should mean that Stamkos is back and healthy which adds a lot of scoring punch for the Lightning. Toronto won the season series 2-1 and has more scoring depth than Tampa does, however, Tampa has the edge in defense and grit which can be very important in a 7 game playoff series. I see the goalie situation as equal, with both Vasilevsiy and Andersen both having the potential to steal a series or be completely average and cancel each other out. If I was making a pick today, I would take the Lightning in 6.

Toronto Top Scorers in the Series

This type of matchup is what makes the NHL’s playoff seeding system so great. You get two good teams, who are also rivals facing each other in the first round. In the season series, Pittsburgh won more games, but the home team won each meeting, and Philadephia is going to have the home-ice advantage which is very important for them, as they won 71% of their home games vs just 47% of their road games. While the Penguins have more star power, I think this is a very equal matchup. I pick the Flyers in 7.

Pittsburgh won at home 4-3 in OT

Pittsburgh Top Scorers in the Series

Philadelphia Top Scorers in the Series

When you lead the league in points, getting a first-round matchup with a team like Columbus isn’t ideal. The Blue Jackets have won both games against the Bruins, and are strong defensively and in goal. Where the Bruins have the advantage though is their top line. The combination of Bergeron, Pastrnak, and Marchand, is the rare combination of scoring and shut down defense. A rested Rask should help them as well, as he can be as good as any goalie when he is on. I like the Bruins in 6, but if you’re betting, there is some upset potential here.

Columbus won in Boston 2-1 in OT

Columbus Top Scorers in the Series

Boston Top Scorers in the Series

Much like the Toronto/Tampa Bay series, this could also prove to be a high scoring affair. What will be interesting to watch is what Washington does with their goalies. For the most part, Samsonov has outplayed Holtby this year, but I expect that the Caps will go to Holtby in game one and the job will be his to lose. Carolina, on the other hand, will benefit from the layoff having 2 healthy goalies which they sorely missed for the last few weeks of the season. They could also see a return from Dougie Hamilton which significantly helps their defensive depth and power play. I will take the Capitals in 7, but I think there is some upset risk here for the Capitals as well, so keep that in mind when the betting lines are released.

Carolina won in Washington 3-2 in OT

Carolina Top Scorers in the Series

Washington Top Scorers in the Series

Keep an eye out for the Western Conference preview and lots of other hockey content as we fill the void until hockey returns.