Juan Toscano-Anderson started vs. the Bulls on Sunday, posting five points, five rebounds, one assist and one steal in 19 minutes of action.

Draymond Green (foot) has practiced a few times but the Warriors are waiting until he regains conditioning before deploying him. He was out tonight and won't play on Tuesday, either, giving Toscano-Anderson a path to another start. Whether that's enough to deploy him in any fantasy setting is another question, as evidenced by tonight's pedestrian line. Dec 27 11:40 pm (EST)

NBA Derrick Rose (left knee) out vs Sixers on Saturday 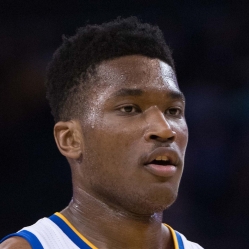 D. Jones - C
PHX
Damian Jones won't play on Saturday against the Nuggets due to health and safety protocol.
Jones is not a rotation player, and his absence doesn't change anything for fantasy managers.
Added 3:52 pm (EST)
Added 3:52 pm (EST)

D. Booker - SG
PHX
Devin Booker won't play on Saturday against the Nuggets due to a left hamstring strain.
Booker left late in overtime on Friday with the injury, and the severity of it is unknown past him not playing Saturday night. Without him or Dario Saric (health and safety), expect Jevon Carter, Mikal Bridges and Cameron Johnson to have added opportunities. Bridges scored 24 points including six made 3-pointers against Denver on Friday.
Added 3:43 pm (EST)
Added 3:43 pm (EST)

N. Bjelica - PF
SAC
The Kings are looking at trading Nemanja Bejlica to prioritize De'Aaron Fox's growth.
According to the Sacramento Bee, Nemanja Bjelica's days left with the Kings could be numbered. The forward's fallen out of the lineup entirely, and though the team claims he's been missing games for personal reasons, The Bee reports that there is no issue. Head coach Luke Walton recently said Bjelica would return to the lineup at some point, but it's unclear if that'll happen. He's shooting career lows 41.2% from the field and 23.8% from 3-point range in 10 games. For now, there's no reason to roster him.
Added 3:10 pm (EST)
Added 3:10 pm (EST)

J. Embiid - C
PHI
Joel Embiid (back tightness) is listed as questionable vs the Pistons on Saturday.
It's a back-to-back for Philly and Embiid has typically sat out in one game this scenario thus far. He played 30 minutes last night vs Boston and carried the load with 38 points, 11 rebounds, three assists and a steal. He will probably be a game-time decision and if he can't go, Dwight Howard will get the start.
Added 2:52 pm (EST)
Added 2:52 pm (EST) 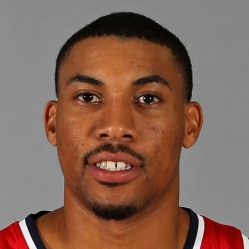 O. Porter - SF
CHI
Otto Porter Jr. (rest) won't play vs the Lakers on Saturday.
After playing last night, Porter will miss the back end of the Bulls' back-to-back tonight when they play the Lakers. The training staff is playing it safe with OPJ after he missed a few games with back spasms, so guys like Patrick Williams, Garrett Temple and Denzel Valentine should be in line for more minutes. Temple has notched double-digit scoring in three-straight games with eight 3-pointers and is the best pickup option of the trio.
Added 2:26 pm (EST)
Added 2:26 pm (EST)

R. Rubio - PG
MIN
Ricky Rubio (health and safety) is listed as questionable on Saturday vs the Pelicans.
Rubio played last night after missing a few games, finishing with four points, four rebounds, five assists and three steals in 15 minutes off the bench. But with D'Angelo Russell (rest) out tonight, it's hard to imagine Rubio wouldn't play because it would leave the team without a true point guard. He's likely going to be a game-time decision and if he doesn't play, Anthony Edwards and Jarrett Culver should be in store for increased roles.
Added 2:19 pm (EST)
Added 2:19 pm (EST)

D. Russell - PG
MIN
D'Angelo Russell (rest) will not play on Saturday vs the Pelicans.
We're just as confused about this one as you are. Russell only played 21 minutes on Friday night and the Wolves are already without Karl-Anthony Towns (COVID), so it's awfully strange to D-Lo to be resting especially considering he's only 24-years-old. Ricky Rubio (health; questionable) should get the starting nod if he suits up tonight and becomes a good DFS play with Jarrett Culver and Anthony Edwards becoming decent streaming options in standard and deep leagues.
Added 2:10 pm (EST)
Added 2:10 pm (EST)