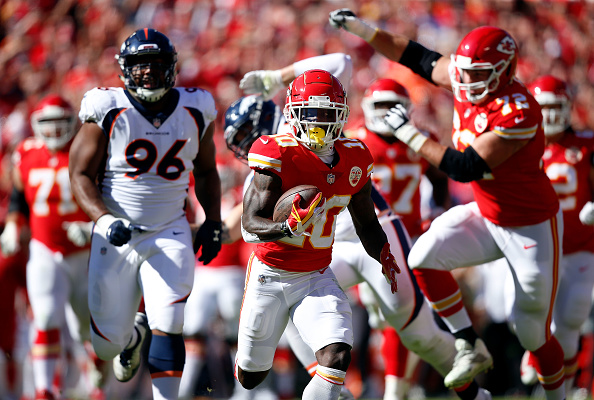 Week 8 is now in the books as we get ready to turn the calendar to November this week.  The playoff picture in fantasy leagues is now starting to take shape and GMs need to remain proactive and aggressive on the waiver wire and through trades in order to ensure they have sufficient depth on their rosters.  Injuries to key players are never easy to withstand, but with bye weeks in effect it makes life even more difficult when GMs have fewer options to choose from. So without any further ado, let’s delve into the next edition of the 2018 fantasy football emergency room. 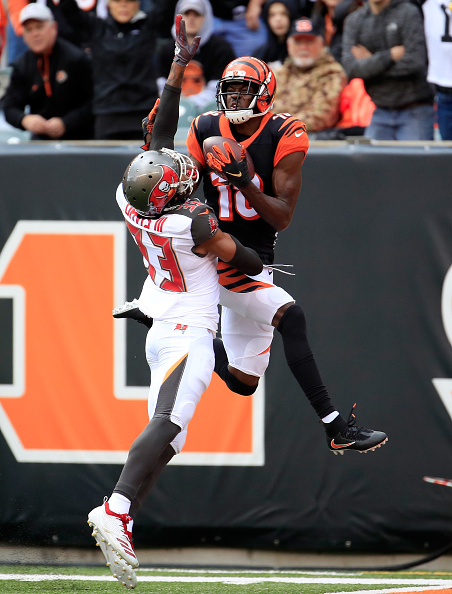 A.J. Green suffered a toe injury late in the game against Tampa Bay this past week and was taken out of the game.  It is unclear exactly what the injury was, so we will have to monitor it over the course of the next two weeks. The good news is that Cincinnati is on their bye this week so Green will have extra time to rest and recover.  He has been very solid this season with 45 catches for 687 yards and six touchdowns making him a true WR1 in any league format.

Fantasy GMs are holding their breath after Tyreek Hill suffered a groin injury on Sunday against Denver.  He was taken out of the game in the fourth quarter and never returned. Hill is an elite WR1 with 44 catches for 705 yards and seven touchdowns on the season.  He has thrived in the Chiefs offense led by Patrick Mahomes and is a threat to break a long touchdown any time he has the ball. This could be a tricky injury because typically groin injuries last more than one week.  It would be a huge loss for GMs if Hill is unable to play next week against Cleveland. Look for Chris Conley to step in and replace him in the event Hill is ruled out.

Gordon missed last week’s game against Tennessee and then had the bye week to get some additional rest for his hamstring injury.  He should be fine to play this week against Seattle but we will have to monitor his progress throughout the week. Gordon is an elite running back with 466 yards rushing and six touchdowns along with 30 catches for 279 yards and three touchdowns.  If for some reason Gordon is unable to play, then Austin Ekeler would fill in again and become a RB2 option in any league format.

Unsurprisingly, Sony Michel did not play on Monday night against Buffalo due to his knee injury.  He didn’t practice at the end of last week but the Patriots really didn’t need him in order to defeat the Bills on national television.  He should have enough time to recover and be ready for Week 9 against Green Bay next Sunday night. Be sure to follow for updates on him throughout the week because lineup decisions will need to be made before we may get a final word on Michel’s status.

Kupp has been out the past couple weeks with a sprained MCL that he sustained in the game against Denver, but he seems on track to be able to return for Week 9.  It is no coincidence that the Rams offense has stagnated a bit (relatively speaking) with Kupp out of the lineup as he had become one of Jared Goff ’s favorite targets.  Josh Reynolds replaced Kupp the past couple games and came up big with two touchdown catches in the Rams victory over Green Bay this weekend. Kupp is a must-start if healthy so stay diligent and check for updates later in the week.

Robinson was held out of the Bears game against the Jets this past Sunday with a groin injury that has been bothering him for a couple weeks.  He only practiced once in a limited capacity leading up to the game, so his absence was not a surprise. Chicago is hopeful that this rest will give him sufficient time to recover and be back on the field next weekend against Buffalo.  If he cannot play, then Taylor Gabriel and Anthony Miller will continue seeing more targets and could be WR4 options in deep leagues. 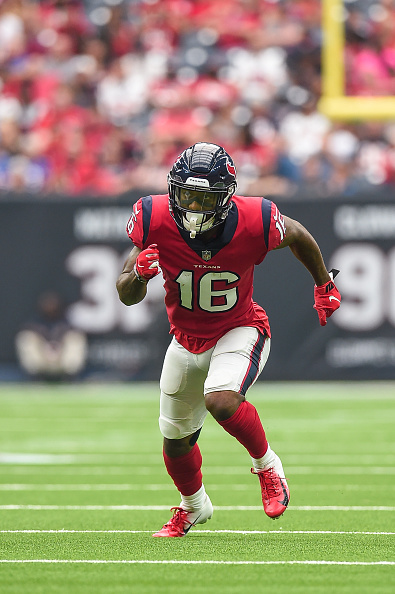 Rookie wide receiver Keke Coutee missed last Thursday’s game against Miami with a hamstring injury and is already questionable for whether he can play in Week 9.  Coutee will be in line for a much larger role when he takes the field after Will Fuller suffered a season-ending knee injury. Coutee should definitely be targeted on the waiver wire as he looks to build on his 21 catches for 196 yards and one touchdown in four games.  Follow up for further updates later in the week to see whether Coutee makes any progress because he becomes a viable WR3 assuming Houston does not make a trade before the deadline.

Thompson suffered a rib injury this past Sunday against the Giants.  He has taken a back seat to Adrian Peterson who has found the fountain of youth and helped lead Washington into first place in the NFC East.  Thompson has been limited to 113 yards rushing with no touchdowns and 28 catches for 209 yards and one touchdown thus far. He is typically a viable RB2 option in PPR leagues, but his status for Week 9 will depend on how much pain he is in from this injury.  Check back later in the week for an update.

Rookie running back Royce Freeman was held out of Denver’s game against Kansas City this past weekend with an ankle injury.  There was some hope he would be able to play but it was not meant to be. Phillip Lindsay has emerged as the Broncos primary running back and Devontae Booker had one of the best games of his career with 78 yards rushing on nine carries.  Freeman is worth stashing on your bench for depth but could see a decrease in snaps if he is not 100% and Booker remains a reliable option in the backfield.

It’s the same old story for Fournette who is expected to be back in Week 10 after the Jaguars have their bye this coming week.  He has been dealing with a hamstring injury all season has been limited to 71 yards rushing and no touchdowns in parts of two games.  Fournette has unquestionably been one of the biggest fantasy busts of the season, but if he is able to remain healthy than he can provide a boost for GMs making a playoff push.  However, Jacksonville’s acquisition of Carlos Hyde likely means Fournette will have to share duties in the backfield which could limit his production upon returning.