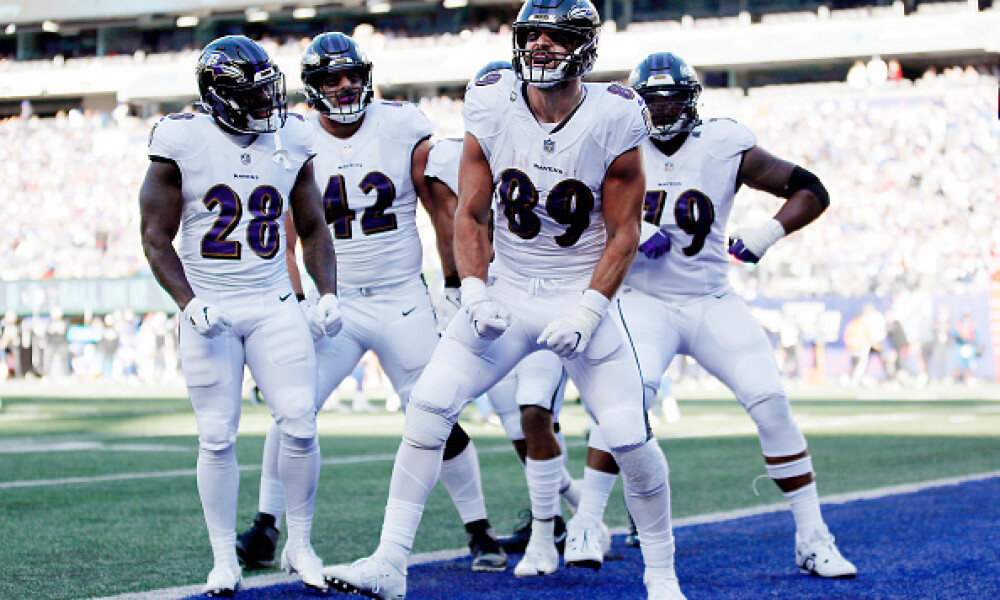 Friends. Family. Food. Football. The four F’s of the single greatest day of the year - Thanksgiving. And in honor of  America’s finest holiday, we’re not only going to give you the normal slate of players but we’re going to hit you with a BONUS slate just for turkey day. Yes, a top tier, mid-tier, value tier, and fade both for Thursday AND for the main slate on Sunday. So let’s add a fifth F for FanDuel and win some money this week!

P.S. our value play Logan Thomas was a top 5 tight end last week - did anyone else out there have that one?

A lot of folks are going to be going with TJ Hockenson here and we’ll tell you below in the FADE section why we believe that is a mistake. Schultz is about as safe as it gets now that he is back and ramped up from injury as he’s gotten between five and eight targets in each of his last four games. In fact, in games with Dak Prescott, he’s realistically been the TE3 behind only Travis Kelce and Mark Andrews in terms of point per game and he has a dcent matchup with the Giants here. He’s about ~8% of your budget on DraftKings and Yahoo but he’s almost 10% on FanDuel so use him for the first two.

The dichotomy between Hunter Henry and Jonnu Smith isn’t as complicated as some may think. Hunter Henry is better vs. man to man and Jonnu Smith is better vs. zone. Robert Saleh and the Jets run a cover-two shell most of the time (plus it was incredibly windy) so that’s a better situation for Jonnu Smith to do damage with short crossing routes. The Vikings have actually been playing the second least amount of man coverage of any team in the league this year behind only the Rams (per PFF). So my that presents another opportunity for Jonnu Smith to do some damage despite him playing fewer snaps than Hunter Henry.

This is a favorite of the OG Tight End Whisperer - our very own Howard Bender. And for good reason as Cager took a big step forward last week not only playing a bug snap share but running 38 routes which was second only behind Darius Slayton. With Daniel Bellinger already ruled out, Kadarius Toney traded, Wan’Dale Robinson banged up, and Kenny Golladay doing nothing, the opportunity is there for Cager. He’s not worth starting on FanDuel as they have him priced at 8% of your budget but he’s down near the bare minimum on both DraftKings and Yahoo so get him in a couple lineups.

We like Hockenson rest of season. And even this week in redraft. But here’s the problem - people are going to think this Patriots matchup is a good one for Hockenson when it’s really not. DraftKings for instance will show the Patriots as a bottom 10 team vs. the tight end. But the reality is that, of the seven touchdowns scored against New England, five of them came while Kyle Dugger was out. He is the main guy responsible for covering tight ends and he’s pretty damn good at it. So, while everyone is going to be spending up on TJ Hockenson for their Thanksgiving day lineup, you should save your money and spend it elsewhere.

Travis Kelce is the clear top tight end on the season so far but that doesn’t mean Mark Andrews isn’t capable of putting up similar numbers on a weekly basis moving forward. Andrews is back fully healthy and, on the season, he has some of the best usage I’ve seen of any tight end. I mean, he literally has not been asked to stay in and block on a single pass play. Last week he played 64 of 69 snaps and ran 38 of 39 routes. Call me crazy if you want but Mark Andrews is cheaper than Travis Kelce on every single platform and I think he has just as good of odds of putting up a massive performance this week as Kelce. In fact, with Andrews facing the Jaguars and Kelce facing the Rams, he might be the better option outright.

Evan Engram was on cruise control for a bit there - he was playing a ton of snaps, running a ton of routes, and he had between six and ten targets in four straight games. Then he tweaked his back against the Raiders (and also briefly left the Chiefs game with lasting effects). The bet here is pretty simple. Coming out of the bye week, we hope Engram is back to the form he was in a few weeks ago when he was an incredibly safe start. If that’s the case, he’s a discount at his current pricing and he’s one of the cheapest viable options over on FanDuel at $4,900.

If it ain’t broke, don’t fix it right? We hit on this one last week with a top-five performance at tight end and only FanDuel really made a big adjustment (FanDuel bumped him up to $5,200 so I’d go Engram at $4,900 over there. But Thomas is cheaper than Engram on both DraftKings and Yahoo so why not run it back? (DraftKings had him at $2,800 last week and he’s $3,000 this week with a BETTER matchup against the Falcons). As we mentioned last week, Logan Thomas has quietly been playing the snaps and running the routes (many from a WR spot) so it was just the targets we were missing. Well, he got six targets last week, catching five of them, so the floodgates might be open for LT.

Both of the guys are in a similar situation. If they were healthy and at 100%, we would love the matchups. But they aren’t David Njoku returned but he’s not ramped up (which often happens with lower body injuries as you need to build that stamina up). Harrison Bryant played almost double the snaps he did. We expect at least another week where the split is at best even before he’s up. Then there’s Everett. He’s playing the very worst defense in the league vs. the tight end. But he missed last week with a groin injury. Honestly, he’s only played more than 70% of the snaps one time this season so he’s already kind of a dicey option week to week. I’m not falling for the trap here.