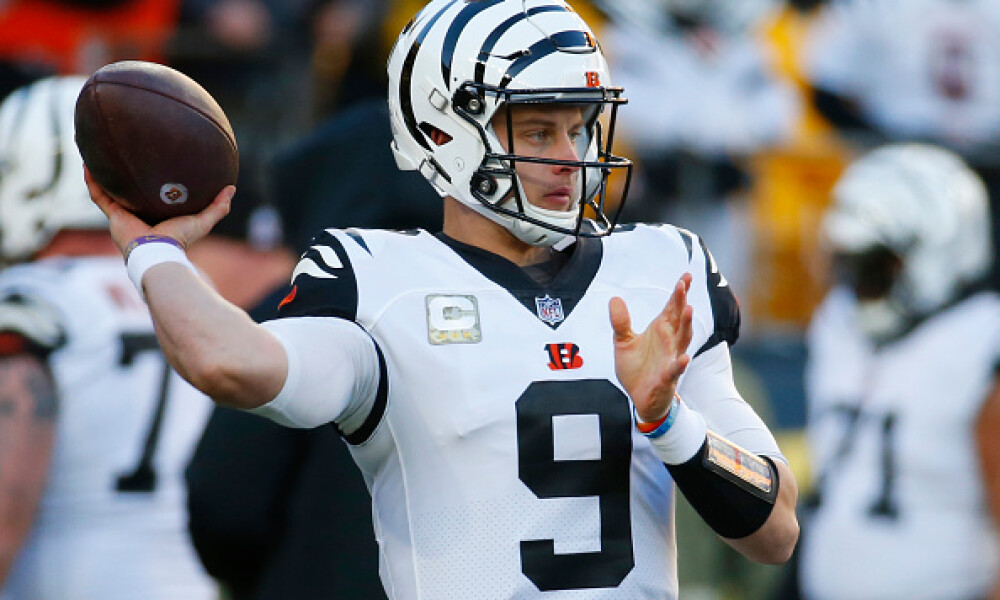 Week 12 of the NFL season is here and with it comes Thanksgiving Day. The NFL has gifted us with three games this Thursday with the Bills facing the Lions, the Giants facing the Cowboys, and the Patriots facing the Vikings.  This week's QB Coach will cover BOTH the Thanksgiving Day slate as well as the Sunday main slate!

No real shocker that Allen is the top-priced QB on the Thanksgiving Day slate. Buffalo is facing the league's worst defensive unit in the Detroit Lions who are allowing the most fantasy points to the QB position this season. Allen struggled last week with his fantasy production, throwing for just 197 yards and one touchdown while rushing for only seven yards. One has to wonder if that elbow injury will continue to impact him over the course of the season. That said, he is as capable as anyone of leading the slate in fantasy points this week.

Another 20 fantasy point game from Prescott last week, giving him 20+ FP in three straight games. The Giants defense had looked decent before last week's debacle against Detroit who hung 31 points on them. The easy pivot from Allen will be right here with stacks of Dak with CeeDee Lamb, Dalton Schultz, and Michael Gallup coming into play.

The Lions offense continues to put up points and while a lot of their damage comes from the running game with Jamaal Williams leading the league in rushing touchdowns that also means that they are in a position for some of those scores to come by way of the pass. While we don't know the status of Jameson Williams yet, he is expected to practice this week, and getting him on the field, even for a low percentage of snaps, will at least put some better talent on the field.  This game between the Bills and Lions has a slate-high 54.5 game total.

Mahomes gave us yet another 30 FP performance on Sunday night against the Chargers. Even with JuJu Smith-Schuster, Mecole Hardman out, and Kadarius Toney getting injured he was still able to connect with Travis Kelce three times for a touchdown. Sky Moore even made some nice plays after being asked to take on a bigger role. The Rams defense just isn't what it use to be and Mahomes is good enough to beat it anyway.

After seeing what Jimmy Garoppolo was able to accomplish against this Cardinals defense it's going to make Herbert a very appealing play this week against Arizona. Keenan Allen looked healthy against the Chiefs and Joshua Palmer had a huge game. We don't know the full status of Mike Williams yet after he re-injured his ankle on Sunday against the Chiefs but Austin Ekeler and potentially even Gerald Everett are still more than enough weapons for Herbert to have a big week.

What a great price tag here for Tua on DraftKings. The Dolphins are fresh off a bye week and get the Texans weak defense. Sure, most teams find more success running the football against Houston than throwing the football but most teams do not have Tyreek Hill and Jaylen Waddle at wide receiver.

Hopefully, you took my advice from the QB Coach and Contrarian Corner video last week as Burrow finished as one of the highest-scoring QB's on the week. With Joe Mixon dealing with a concussion and Ja'Marr Chase possibly returning this week against the Titans it should be an all-systems go for Burrow here against the Titans.

Fresh off a bye week we get Smith in a great spot against this bad Raiders defense that is allowing the third most fantasy points to the QB position this season. Even Russell Wilson had one of his better games of the season last week against the Raiders. Smith has a healthy DK Metcalf and Tyler Lockett at his disposal and I think he keeps Seattle's "Cinderella" season going this week with a big performance.

There is a lot to hate when it comes to the Raiders but as long as Derek Carr is going to be throwing to Davante Adams he is going to have the potential for a 20 FP week. The Seahawks defense ranks 17th against the pass and this game has a 47.5 point which is the highest on the main slate currently.

Jimmy G doesn't need to go out there and throw for 350 yards if the team is going to be throwing when they get into the red zone. He finished Monday night's matchup against the Cardinals with four passing touchdowns and 228 yards through the air for 25.42 FP. He's thrown at least two touchdowns now in five of the last six games.

Jackson makes the fade tier once again. He is just too expensive for the production he has been putting out, having just one game over 20 FP since Week 3 of the season. Jacksonville is home and coming off of a bye week. Jackson's rushing upside is nice but he just isn't throwing the football enough right now.