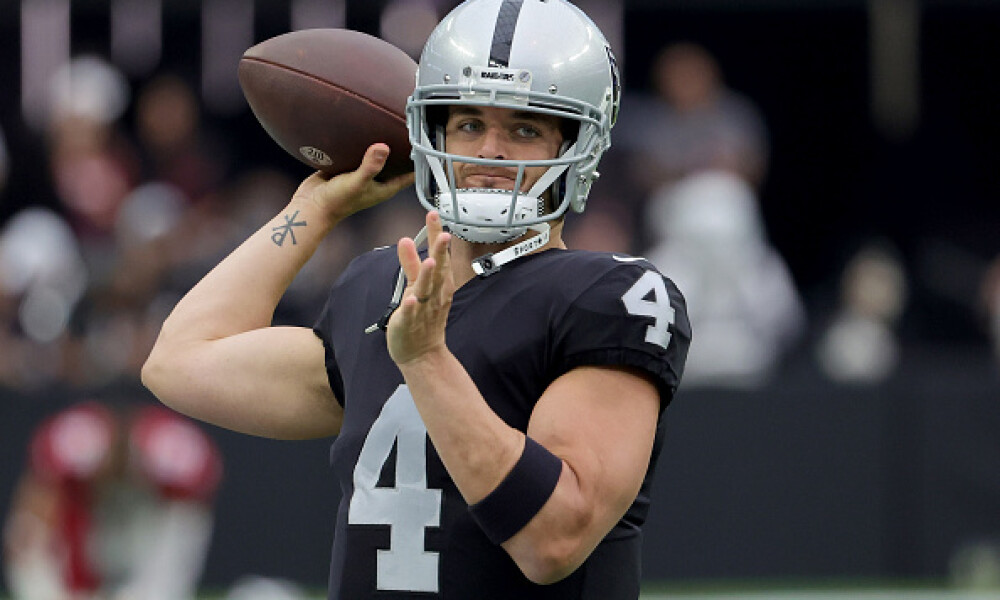 Week 3 of the NFL season is here which means yet another week of NFL DFS preparation! The QB Coach last week had a few good plays with Carson Wentz on the cover leading the charge along with Kyler Murray as top options from Week 2's main slate.

Make sure you are checking out the NFL DFS player projections and NFL DFS lineup generator along with all of the NFL DFS content we have here at Fantasy Alarm when building your lineups for this week!

Not a ton really needs to be said here right? Allen, through two games, is averaging 307 yards per game passing while having totaled seven touchdowns with just two interceptions. He has also rushed for 60 yards and a score as well. In Week 3 the Bills travel down to Miami for an early battle for the top of the AFC East. Buffalo's defense has dominated their two opponents so far but they may have their hands full against a Miami offense that just stunned the Ravens. If this game turns into a shootout there will be plenty of fantasy points being scored by both QB's here.

I'm not one to brag but I tried telling all of you that Jalen Hurts was going to be a fantasy monster this season and through two games he is averaging 30.9 fantasy points per game while having thrown for 576 yards and a touchdown to go along with 147 yards rushing and three more scores. In Week 3 the Eagles face a Commanders defense that struggled to slow down the Detroit Lions in Week 2 and even the Jaguars had some success in Week 1. Hurts had a tremendous Week 2 against the Vikings, completing 26-of-31 passes for 333 yards with one touchdown and one interception while adding 57 yards rushing and two more scores.

The rib injury here is the one concern as Herbert is dealing with torn rib cartilage following the team's loss to the Chiefs last Thursday. On the plus side, he has had more recovery time than most given the Thursday game in Week 2. We also don't know if Keenan Allen will be back for this game so that could be two strikes against Herbert. With all of that said, he does at least have a home game against a Jaguars defense that isn't nearly as good as they showed in Week 2 against the Colts….at least we don't think. I'll ride the likely contrarian play here of Herbert in some GPPS.

Everyone watched the disaster that was Monday Night Football right? Good, I hope so, because then maybe we get a lower rostered Cousins here against a very bad Lions defense that will be on the road this week. In Week 1 Cousins was great against the Packers, completing 71% of his throws for 277 yards and two touchdowns. I doubt the Lions have an answer for Justin Jefferson the way the Eagles did and therefore I am very much going right back to the well here and hope that recency bias is a real thing.

Boy that Bengals offense has looked rough huh? The offensive line is letting Burrow get sacked left and right even after Cinci spent money this offseason on a new offensive line. A good cure for a rough stretch has usually been a matchup against a bad Jets secondary. Last season Burrow faced the Jets and finished with 259 yards and three touchdowns. Ja'Marr Chase and Tee Higgins are still elite receivers and Burrow can hang 300 yards and multiple touchdowns at the drop of a hat.

Nobody would have pegged Wentz as one the top scoring fantasy QB's through two weeks yet here we are as the Commanders quarterback has totaled 650 yards and seven touchdowns through the first two weeks of the season. This is not going to be a walk in the park however as the Commanders face an Eagles secondary that just shutdown Justin Jefferson and the Vikings offense on Monday Night Football in Week 2. Washington's offense has shocked many with Curtis Samuel, Jahan Dotson and Logan Thomas all being strong performers through two weeks while Terry McLaurin draws tougher matchups.

Checks schedule and see the Tennessee Titans. That's really all the analysis you need here. The Titans defense has been horrible this season and they just got mercy ruled against the Bills on Monday Night Football after losing to the Giants in Week 1. The Raiders are coming off an overtime loss to the Cardinals in Week 2 but this is certainly a matchup where Carr should light up this defense with Davante Adams and Darren Waller having big days.

Winston has been inconsistent at best through two weeks and he is dealing with a back injury as well with four fractures. That said, he still was able to suit up in Week 2 against the Buccaneers so I am expecting him to play in Week 3 against the Panthers. Hopefully Alvin Kamara is back in Week 3 as the Saints offense is loaded with talent as long as Winston can get them the football.

If you want an interesting play this week then maybe Mariota is in your lineups. Through two weeks he has finished with 16.4 and 20.8 fantasy points and that's with Kyle Pitts barely being part of the offense. Drake London looks like the real deal and the Falcons face a pretty easy matchup in the Seattle Seahawks. The only downside here is that this game is on the road where Seattle does tend to play better and pulled off the upset win over the Broncos in Week 1.

Fading a guy who just threw for 469 yards and six touchdowns is probably a little crazy. Especially with this game being played back at home but we've seen two versions of this Dolphins offense. In Week 1 the Patriots did a decent job, holding the Dolphins to just 20 points. In Week 3 the Dolphins face a Bills defense that has been a terror for opposing teams. In Week 1 the Bills went into LA and beat the Rams handily. In Week 2 we saw them dismantle the Titans. I think a tough road is head for Tua in Week 3.