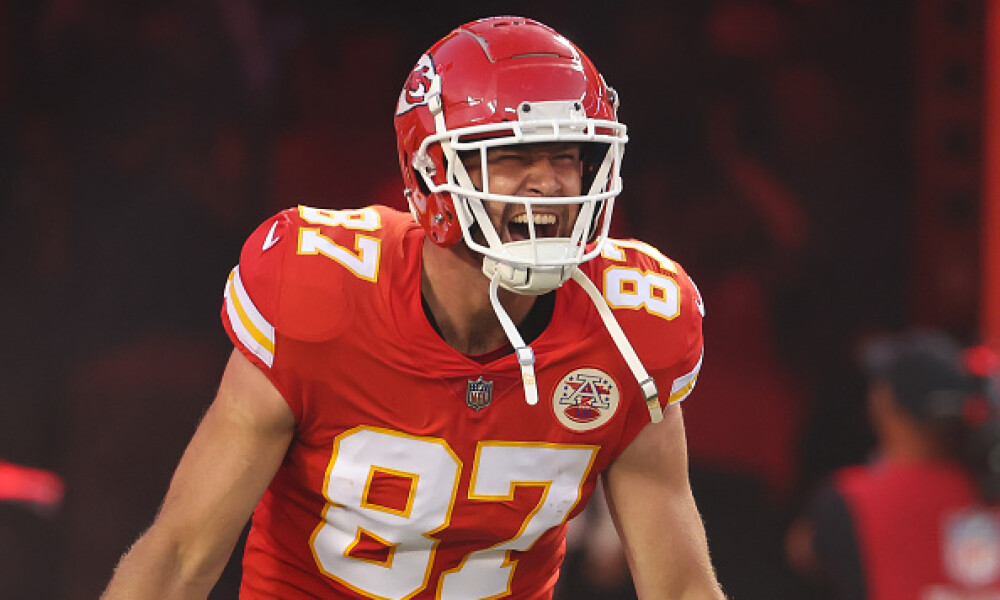 Alright - not a bad bounce-back week for us! In the Elite Tier we nailed both of the top two options with Mark Andrews (TE1) and Darren Waller (TE2). In the Mid Tier we had also hit on Zach Ertz (TE3) but, unfortunately, Dalton Schultz got injured. In the Value Tier we had Logan Thomas who scored a TD and finished as TE9. And our dart throw Juwan Johnson got seven targets and caught four of them providing a little juice at a bare minimum price. We also successfully faded Kyle Pitts with an abysmal week. Not too shabby! But it’s on to Week 3.

As a reminder, we like to give you guys at each price point so that you can build the lineup you want at any level.

Kelce was in the Thursday night slate so we couldn’t utilize him last week but the king returns this week for a good matchup with the Colts. The Colts might not be as bad as they have been versus the tight end with Shaquille Leonard returning to practice this week but he hasn’t played in either game so far and could be a bit rusty. We don’t really love the matchup for Mark Andrews as New England has been fairly stingy vs. the tight end in recent years so, if you are going to pay big, go Kelce. Folks might be off him after a mediocre week last week but he faced Derwin James who is one of the best safeties in the league. Kelce is fairly evenly priced representing 15%-16% on either platform; so it’s dealer’s choice.

We already talked about how we don’t like the matchup for Mark Andrews. George Kittle, Dalton Schultz, and Pat Freiermuth are on teams all playing in prime-time games so they aren’t on the main slate (not to mention, Kittle and Schultz probably aren’t even going to play). So that leaves few options at the elite level. We talked about this last week but Waller’s usage in terms of alignment has been terrific, playing 90% of his snaps at WR. That is clutch because it not only sets him up to run routes but it keeps another WR off the field for a lot of the snaps (Foster Moreau is playing 47% of the snaps and fullback Jakob Johnson is playing 20% which helps keep the targets consolidated to Adams, Waller, and Renfrow). Put that all together and Darren Waller is our other elite option and he’s about 4-5% cheaper than Kelce is you need to find money somewhere in the lineup.

Sometimes it’s not enough to just pick the top dogs. Sometimes you need to also pick the guys other folks aren’t playing. And, while some look at the targets this past week, I look at the underlying usage. Which quietly improved from Week 1 to Week 2.

The play here is pretty simple. Pitts actually lined up at wide receiver and ran routes like we had hoped he would in week 2. They only threw 26 times so he wasn’t targeted much but the stage is set. He has a good matchup this week and there has been enough complaining that Arthur Smith had to address the lack of targets for Pitts. We are making this play here hoping he will have low ownership and the “squeaky wheel gets the grease”. He’s only ~10% of your budget on both platforms so, if he bounces back the way we think he can, he may never be this cheap again. If he doesn’t, it could be a long season. At $4,800 though, he’s actually in the mid tier pricing level which makes him attractive.

Here is the plan at this price point. If Keenan Allen is OUT, you use Gerald Everett. He’s not that great of an option as the fourth target on the team behind Allen, Mike Williams, and Ekeler (who got 10 targets last week) but when someone is out he is a great option. The price is set so it will not change with Allen in or out. If Allen plays, we pivot over to T.J. Hockenson. He’s actually playing a ton of snaps and his 19.7% target share is actually the fifth highest of any tight end so he’s not as bad of a play as he feels. He’s gotten 14 targets but just needs to do a little more with them. This could be the week.

This is our guy. Always has been. We’ve seen him finish as a top five tight end with Eli Manning. We’ve even seen him finish top five in receptions in 2020 with Daniel Jones, despite the team being dead last in offensive touchdowns. Now, he’s on a new team in a reinvigorated role. Folks tried to tell us this guy can’t catch? Well then why does he have the fourth most receptions among tight ends and a 91.7% catch rate through two games? He’s 7.4% of your budget on DraftKings this week but only 6% on Yahoo so we are going to ride this play until they bring that price up.

Go ahead. Call me crazy. And don’t make this play if you don’t have the stones. But if you want to go to the loony bin with me, there are some interesting reasons to consider Kmet this week despite him NOT HAVING A CATCH THROUGH TWO GAMES. His underlying usage is quietly pretty good. He played 85% of the snaps this week and ran 88% of the routes. They just ran fewer players overall and fewer pass plays last week than any team all year. To put the lack of offense in perspective, the Jets’ Joe Flacco has thrown 103 passes this season and Justin Fields has thrown 28. They absolutely cannot sit there and do that while losing games all season. It doesn’t work like that. So the bet here is simple. No one will be starting Cole Kmet. You’d be crazy to do so. But, if the Bears act like a normal team for once and throw the ball even a slightly below-average number of times, the upside for Cole Kmet is there. And he’s dirt cheap.

It’s Juwan Johnson again. He’s under $3K. He’s running over 70% of the routes and playing 70% of his pass plays at wide receiver. He has the 10th-highest target share of any tight end. Jameis Winston likes him. Until they bump this price up we need to continue to mix him into some lineups.

A highly concerning trend has emerged with Dawson Knox. We thought that him blocking on 21.9% of his pass plays in week 1 may have been due to the Rams' pass rush. But then he turned around and blocked on 27% of his pass snaps in week 2. That is scary. It gets even scarier if Gabe Davis returns this week. Probably best to avoid the situation entirely.

The game scripts so far, especially the Week 1 game where Tee Higgins got hurt and the Bengals ran 100 plays, have folks fooled into thinking Hayden Hurst might be a good play. He’s not. He’s the fourth target on the team at best after Ja’Marr Chase, Tee Higgins, and Tyler Boyd. Yet, he’s priced with guys who could actually lead their team in targets and be focal points. You are basically just coin flipping on a touchdown here and there are cheaper ways to do that.