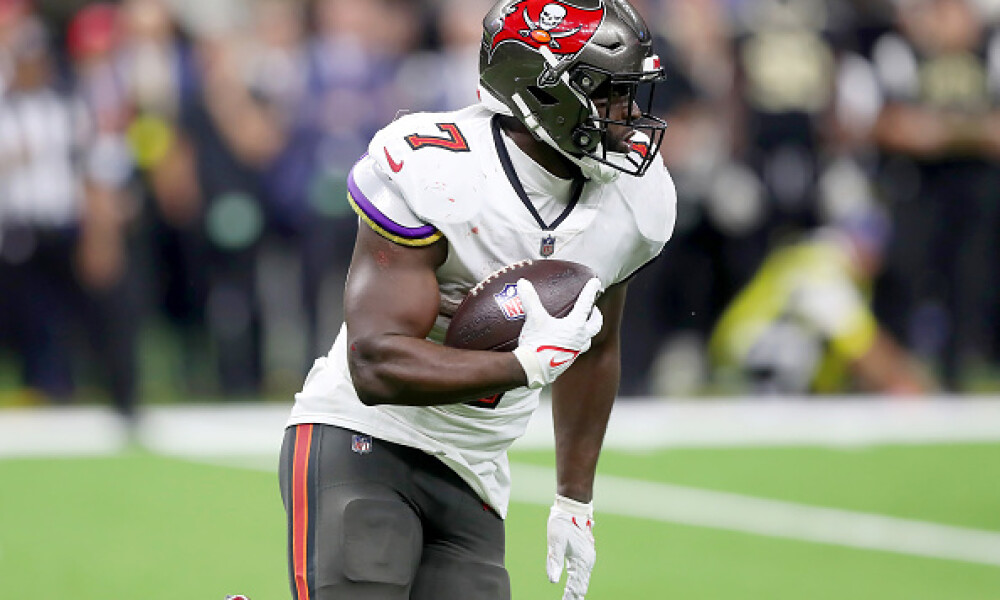 We flip the page over to Week 3 as we come off a Week 2 in which not too many backs were overly impressive for DFS purposes and a lot of the elite backs had bad-to-average games. Last week, the best strategy would have been to get those mid-tier scores from cheap-priced backs and spend up in other places. We can’t expect that to be the case on a weekly basis though. This week I really love a lot of the mid-tier and high-priced backs, but Leonard Fournette looks like the top play of all of them to me. Why do I like him and who else do I like this week? Let’s dive into the top plays, values, and fades for NFL DFS Week 3!

CMC looked much better this past week as he rushed 15 times for 102 yards and caught four passes for 26 yards to finish with 19.8 DK points, despite not finding the end zone. This will be the third straight week with CMC being included in the RB Coach for me, but it’s tough not to like him when it feels like we haven’t even seen him at his best yet and he is still producing at a high enough level to help you win in DFS. The big gaming for CMC is coming and it could be this week that it happens.

Cook had a terrible game on Monday Night Football as he rushed 6 times for 17 yards and caught four passes for 19 yards to finish with a whopping 7.6 dk points. However, he gets a much better matchup this week when the Vikings take on the Lions who have been bleeding not only points but also rushing touchdowns. In the first two games of the season, Detroit has given up 38 and 27 points allowed while giving up FIVE rushing touchdowns. Cook should be fresh for this game and the Vikings should put a ton of points on board, making Cook a fantastic play.

Fournette is getting crazy workloads right now in a league where there are almost no other running backs getting big workloads. He has 21 and 24 carries through two games with two receptions in each game (that number is going to be higher as soon as this week). He hasn’t found the end zone yet, but with this workload, it’s only a matter of time. The Packers got shredded by Monty last week as he rushed 15 times for 122 yards. Fournette is simply too cheap at this price and makes for a fantastic play with the amount of volume that he is getting and having a solid matchup.

Monty, as mentioned in Fournette’s section, had a big game last week, rushing 15 times for 122 yards and catching two passes for 14 yards. He is still the guy in Chicago and they have already proven that they are very against throwing the football and have zero trust in Justin Fields. He gets a great matchup here against the Texans as running backs against Houston have rushed for 287 yards on 59 carries (4.86 YPC) through the first games. The Bears are going to keep feeding Monty the rock and with this price tag in a great matchup, he makes a ton of sense for your DFS lineups in Week 3.

Etienne hasn’t done much to this point, scoring just 8.5 and 8.3 points on KD in the first two games of the season. That, on the bright side, has led to a slight decrease in his price tag, which I like. I also like that he has four and three targets in the first two games and hauled in all three of those targets in Week 2. He is in a split backfield, but he has the ability to bust an explosive play and that is what we are going to hope for here. On top of that, the Jags have been playing with leads in the first two weeks, but that would be surprising against the Chargers, so I could see Etienne feasting in the passing game this week and the Chargers were very vulnerable against that in Week 2 as the Chiefs backs combined for 7 receptions for 50 yards and a score.

Pierce actually did what we thought he would do at the start of the year, which was operating as the Texans lead back. He had 15 carries for 69 yards and 1 catch for 8 yards in Week 2 as the Texans fell to the Broncos. Meanwhile, Rex Burkhead had ZERO carries, so it is officially “Pierce SZN” now. The Bears have torn apart on the ground in Week 2 as Jones and Dillon combined to rush for 193 yards on 33 carries with a touchdown while grabbing four receptions for 44 yards and another score. Pierce is a cheap play and if he gets high volume again, there’s a solid chance he finds the end zone and really pays off his price tag.

Dillon got a ton of carries and targets last week, but he did nothing with any of it as he rushed for just 61 yards on 18 carries and had 1 catch for six yards on three targets. Meanwhile, Jones had a bonkers game in which he rushed 15 times for 132 yards and a score while also catching all three of his targets for 38 yards and another score. Given that, the timeshare, and a tough matchup against the Bucs that ranks as the third worst matchup for running backs this season, I can’t possibly see any reason to use Dillon in any format this week, especially at a mid-tier price tag as he has.