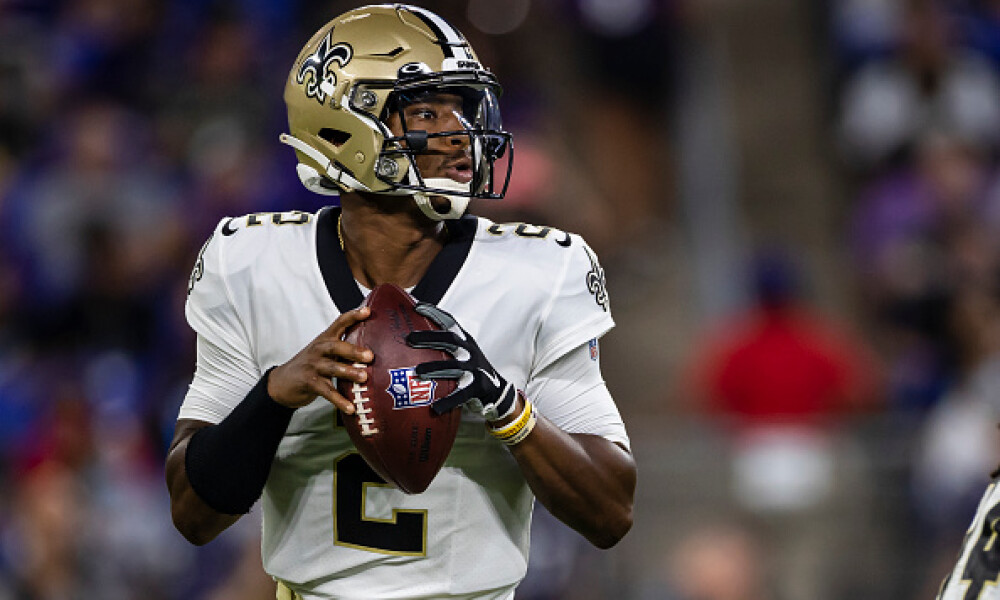 NFL Training Camps are rolling along and we have plenty of fantasy football news, trade rumors, injuries, and breakout performers from around the league. As you prepare for your fantasy football drafts, it's important to stay on top of all the latest NFL news and headlines to be the most informed guy in the room. With these 2022 NFL Training Camp reports, we aim to bring you the biggest stories from around the league so that you can fine tune those fantasy football player rankings and NFL pre-season projections ahead of your drafts. Today's top headlines include New Orleans Saints quarterback Jameis Winston landing on the NFL injury report, Roquan Smith requesting a trade from the Chicago Bears, and rookie Isiah Pacheco making waves at Kansas City Chiefs camp as a possible fantasy football sleeper. We also have some more NFL trade rumors that may affect fantasy football ADP in the coming weeks. Don't forget to check out Fantasy Alarm's FREE Fantasy Football Draft Guide and take advantage of all we have to offer! Now, let's get into the top NFL Training Camp news before you dive into your next fantasy football mock draft or best ball league.

Jameis Winston left practice early yesterday and scared fantasy football managers everywhere. ESPN’s Adam Schefter initially reported it was a rolled ankle for the New Orleans Saints quarterback. Then, late last night, Schefter called it a foot injury and that Winston is “doing well and feels fine.” Apparently there’s “nothing to really worry about,” according to Shefter’s source. Hopefully we see Winston back on the Saints practice field soon and this foot and/or ankle issue doesn’t linger into the season. For what it’s worth, Andy Dalton is the next man up at QB for New Orleans if Winston misses any regular-season games – though Taysom Hill always lingers.

There was some worry that J.K. Dobbins wouldn’t be fully healthy to start the season while recovering from a torn ACL suffered in last year’s preseason. Fantasy football managers received some good news on that front yesterday, though. The Baltimore Ravens officially activated the running back from the Physically Unable to Perform List on Monday. ESPN’s Adam Schefter reports that Dobbins is on track to be ready for Week 1. This is obviously encouraging news for anyone that already rosters him or is considering drafting him this year. Meanwhile, The Athletic’s Jeff Zrebiec reports that Gus Edwards is “probably doubtful” for Week 1. In his fantasy football rankings, Howard Bender has Dobbins at 27th among running backs – and we could start to see him go off the board earlier than that after this news.

This doesn't have too much fantasy football impact, but it matters if you're in an IDP league or looking to wager on the Bears this season. All-Pro linebacker Roquan Smith has formally requested a trade from Chicago, according to his statement. Smith has been sitting out training camp practices for the past two weeks in hopes of a contract extension. Now, he wants out and we'll see if the Bears end up trading him elsewhere. This matters for IDP as meaningful middle linebacker snaps will be up for grabs if Smith gets dealt. This also could make another NFL team defense be that much better for fantasy and real-life. Plus, a Smith trade may facilitate Chicago adding another receiver weapon for Justin Fields. We'll just have to wait and see on this one.

In last Thursday’s Hall of Fame Game, Josh Jacobs started at running back in the Las Vegas Raiders’ preseason opener and saw seven touches across a couple of drives. It was an odd development at the time, considering the large majority of the Raiders’ starting skill position players didn’t even play in the game. Of course, the trade rumors started flowing after that. Maybe Vegas was trying to showcase Jacobs in the preseason to find a trade suitor? It also didn’t help that rookie RB Zamir White broke off a few runs that same night. However, Vegas apparently has no plans to trade Jacobs. On Monday, Raiders head coach Josh McDaniels told reporters that the team has “no desire to do that.” We’ll see if this is all talk or Las Vegas actually deals away Jacobs.

Every year we get that NFL rookie who becomes a popular late-round fantasy football sleeper. It seems like this year’s version is already running back Isiah Pacheco, the Kansas City Chiefs’ seventh-round pick out of Rutgers. He has local beat reporters, national media, and fantasy football experts buzzing this summer as he continues to light up Chiefs camp. According to multiple reports, Pacheco is logging reps with the first-team offense in practice and looks like he'll have a role in the Chiefs attack this season. Clyde Edwards-Helaire is still the starting running back, but Pacheco may start the season as KC's complimentary back over Ronald Jones, Jerick McKinnon, or Derrick Gore. Pacheco is also seeing practice snaps out of the slot receiver spot and could even play at the same time as Edwards-Helaire. This is something to monitor throughout camp and preseason to see where Pacheco stands in the Kansas City backfield pecking order.

Despite recently requesting a trade, Kareem Hunt is now back at practice with the Cleveland Browns. The team has declined Hunt’s trade request and the running back has ended his “hold-in,” per Mary Kay Cabot of Cleveland.com. Browns head coach Kevin Stefanski was quoted saying, “If our players are healthy, they practice.” Hunt has reportedly asked for both a contract extension and a trade at this point, but Cleveland hasn’t budged on either. If you missed it, check out Howard Bender’s read of the situation from yesterday’s Training Camp report. I’ll say this, draft Hunt at your own risk. Not only is his motivation and commitment in question now, but he may have fallen out of favor of the coaching staff when it comes to meaningful touches in the Browns backfield.

This is definitely not something you want to hear if you're targeting Javonte Williams in fantasy football drafts. Denver Broncos offensive coordinator Justin Outten said that the team's running backs will be on a “pitch count throughout the season," according to Zac Stevens of TheDNVR.com. We saw a split workload between Williams and Melvin Gordon last year and it appears that could be the case again. We've all assumed Williams' youth and talent would win out and earn him a bigger role in the Broncos' offense this season, but Gordon is still a real thing that backfield. It remains to be seen how the workload shakes out between the two. Either way, it appears Williams' fantasy football ceiling may be capped again and he may start to go off the board later as the season approaches.

According to TheMMQB’s Albert Breer, the Miami Dolphins have been in trade talks with other teams involving wide receivers Preston Williams and Lynn Bowden Jr. The Dolphins have a surplus of talent in the WR room now after trading for Tyreek Hill, signing Cedrick Wilson, and having Jaylen Waddle now in Year 2. All seem to have a leg up on Williams and Bowden Jr. for targets from Tua Tagovailoa. Oh yeah, then there’s Mike Gesicki, rookie Erik Ezukanma, and offseason free-agent signees Mohamed Sanu and Trent Sherfield – not to mention all of the running backs looking to catch passes as well. There’s only one football and it appears Williams and Bowden Jr. are the odd men out. NFL trade rumors are always spicy this time of year, but this one has clear fantasy relevance if Williams and/or Bowden Jr. end up on an offense with less competition for targets. We hear the Bears need some receiver help, right?