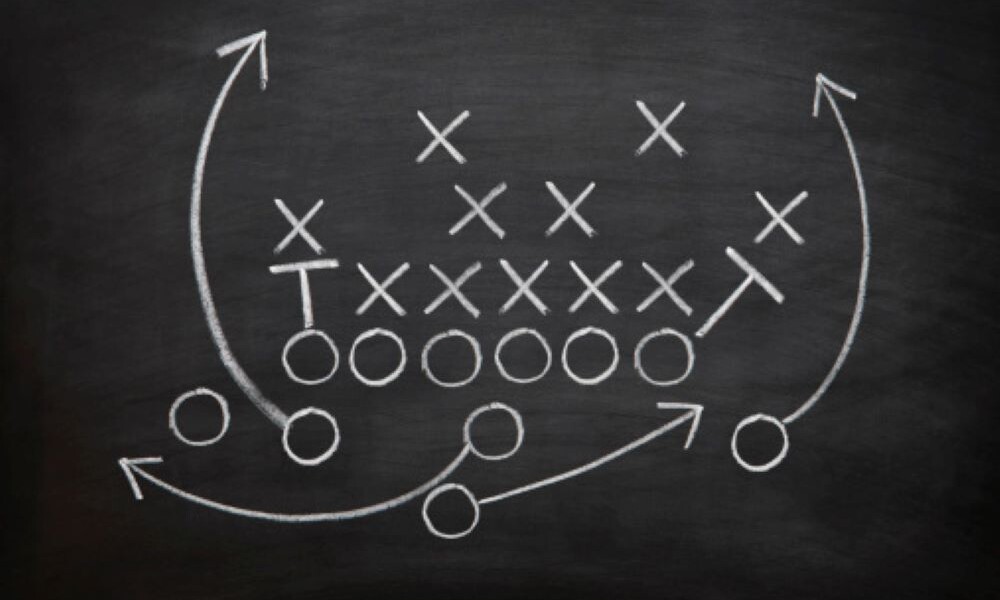 The system below was published as rules for us to play as fantasy sports partners so that we would not argue constantly.

SMART is an acronym that refers to general principles to help you draft and WIN!

This pertains to the offensive system that is used by the player’s NFL team. Each fantasy football player needs to ask some questions about surrounding players.  What are the head coaches and offensive coordinators like? What is the offensive line like?  How does the talent on the team complement the player within that system? You need to factor this information into your drafting.

For instance, New York Giants head coach Brian Daboll is known for creating the most exciting offenses by using the most skilled players.  This means that a talent like Saquon Barkley will line up in a lot of places to get the ball in space.  It also means upgrades for Kenny Galladay and Kadarius Toney who are going very late in drafts. With Buffalo, Daboll helped Josh Allen be a running quarterback so you have to think this will help the instinctual runner Daniel Jones.

Manage your draft preparation and your team all season.

Here are some basic rules when drafting:

DO NOT DRAFT A QUARTERBACK EARLY– You will get good quarterback value later in the draft. Do not pass on quality running backs or wide receivers in favor of an early quarterback.

In normal drafts, you need to watch the flow of when the quarterbacks are coming off the board, but generally, that is 7th or 8th round and not 1st or 2nd.

SuperFlex drafts are very different, but having drafted three of them already, I can tell you my strategy is to get a stud RB with pick number 1 and take a quarterback with your second and third-round picks unless a huge running back talent falls.  In the first four rounds you must draft your two quarterbacks and two running backs to dominate.

RUNNING BACKS RULE – Draft an elite running back in the first round. Do not reach for Travis Kelce or any of the stud wide receivers.  The difference between Derrick Henry and Aaron Jones is a lot different than Stefon Diggs and Tyreek Hill who is going in the fourth round in many of my drafts.

Draft a full-time starting running back in the second round as well.

In leagues with a Flex position that allow you to start three running backs per week, we always get three running backs in the first four rounds. Here are the finer points on this: (1) Finding productive wide receivers later in the draft is easier than finding an elite running back; (2) With the backfield sharing that exists today, there are so many less stable running backs you can count on week in and week out.  (3) Simple math.  There are only eleven bell cow running backs so if you get three, that means the rest of the teams in a 12-team league can have less than one apiece.  Play defense.  (4) Simple math.  There are 2+ good wide receivers on almost every team meaning that there are 75-80 potential starters.  You will have plenty to pick from and will have at least one good one in your first four rounds.  There are ONE-EIGHTH as many running backs to count on at draft time.

TRACK COMPETITOR’S NEEDS – Make sure you keep up with all the teams' needs. For example, if you need both a quarterback and a tight end and notice that all the teams who pick before you pick again have their QB1, then wait on the quarterback and take the tight end. Start the runs and do not end them.

FOLLOW THE DRAFT WHILE NOT ON THE CLOCK – Watch the board for position runs and other opportunities. Most importantly, there is NO excuse for making a bad pick because your guy was picked one spot before you. Have a plan A, plan B and plan C for every pick.

PAY ATTENTION TO BYE WEEKS – Grab your BYE week replacements a couple of weeks in advance to avoid overpaying in FAAB. Also, players on BYE in each week do not get picked up but can provide value for you. Your competitors will be shocked that the player is no longer on the board in FAAB the next week.

PLAYOFF WEEKS – Look ahead and roster players with great matchups in your critical playoff weeks. This will pay off.

The older the player, the more likely they are to get hurt or suffer a steep decline in performance. For running backs, it is about talent, youth, and opportunity. For wide receivers, it often takes some time to learn a system and to get used to the NFL. So, we believe that second- & third-year wide receivers provide better value – especially when fantasy players think that player underperformed the year before.  For example, a couple of strong second-year wide receivers who will be undervalued will be Darnell Mooney, Kadarius Toney and Allen Lazard.  You can get them in rounds 9th, 12th and 13th rounds respectively.  Also, move up to get Michael Pittman early.  He is going in the 4th round.  He had a steady season with Carson Wentz.  Now, Matt Ryan who is known to feed his top wide receiver is set to be under center in Indy. This will make him a top 10 receiver.

In a typical fantasy football league, there are 12 fantasy teams with 16 NFL players on every roster. There are 32 NFL teams. Thus, you are guaranteed to have two starting quarterbacks, two starting running backs and two starting wide receivers. Assume you draft a quarterback, four running backs, four wide receivers, a tight end, one kicker and one defense to make up 12 of your 16 roster spots. That leaves you with four spaces. Think about using at least one of those four spots to back up your most vulnerable running back (provided he is in a good system and has a capable backup).

For example, Dalvin Cook should be backed up with Alexander Mattison since there is always a chance of injury with an offense that runs through their star.

Football is more predictable than baseball. The players with talent often score most of the fantasy points. You should use a couple of roster spots on the best-talented players irrespective of their current slot on the depth chart.

We mentioned three super talented players in the Age section, but you can add Jaylen Waddle, Amon-Ra St Brown and of course, Ja’Marr Chase as super young rising stars in the NFL.

We do not preach that you must use the SMART system.  We preach that you must use A SYSTEM.  Have a plan.  There is so much information out there and so many people who are good at fantasy football.  If you are busy and cannot keep up with "that guy" in your league, then you must have an edge.  The SMART system can be that edge.  Try it on and if you do not like it, make your own, but please, have a plan.

On Colton and the Wolfman, we draft at least once per week starting in April.  Gives us an insight to who is going up the ADP ladder and what news is coming out on players.  The SMART System is intentionally a conservative system, so we shy away from players that have been hurt (zero shares of Christian McCaffery) and players how have had trouble off the field (no Josh Jacobs shares).  Here are some important learnings:

So, those are the learnings so far, but you can listen to Colton & The Wolfman on SiriusXM Fantasy Sports Radio every Tuesday night at 10 PM ET.

Enjoy the games, have fun and draft SMART!