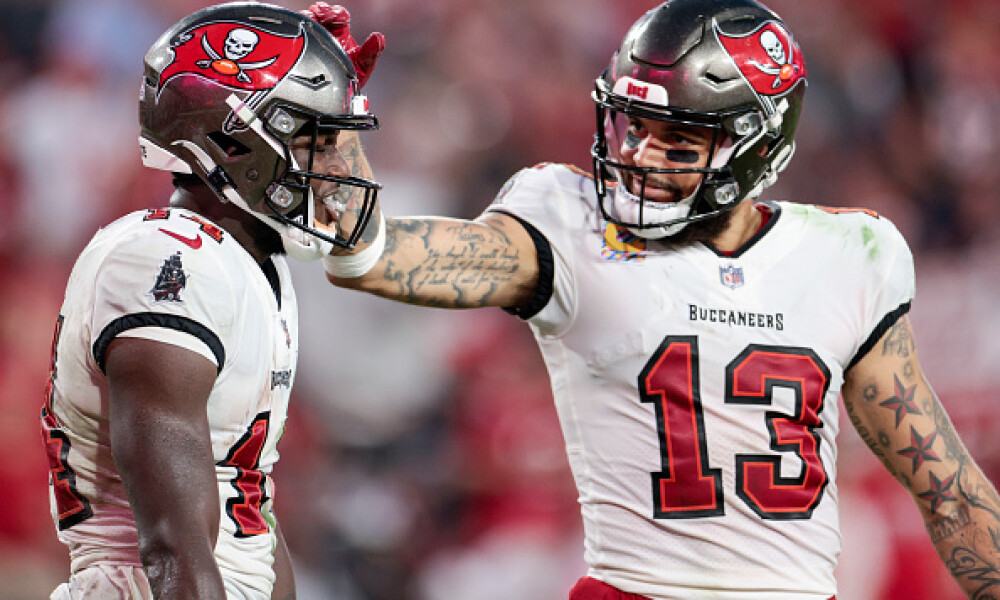 We hear the acronym ADP bandied about so often during our fantasy football draft prep that, often times, we take for granted that everyone knows what we are talking about. For those new to the fantasy football world, ADP stands for Average Draft Position and it is a heavily used fantasy football draft tool during the months leading up to Week 1 of the NFL regular season. But even those who have been playing fantasy football for years still seem to have difficulty understanding all the nuances of fantasy football ADP and how best to use it heading into your drafts, so we thought a quick refresher would be helpful.

What is ADP in Fantasy Football?

The definition of ADP is pretty straightforward. It is a number calculated based on where a player is drafted in a series of mock drafts. Usually, the number is taken from a series of drafts on a particular site so that when someone says that Hunter Renfrow has an ADP of 83.4 on ESPN, it means that he is usually being drafted somewhere in the seventh round of 12-team drafts on ESPN.com. You can take a player’s ADP and divide by the number of teams in a league and that gives you a rough estimate as to in which round he is being taken.

Why do you use ADP?

The primary function of ADP is to get a look at where most people are taking a particular player in their drafts. It has everything to do with public perception and absolutely nothing to do, or at least it shouldn’t, with where a player is listed in your fantasy football player rankings. While quarterbacks traditionally have a high fantasy points total, their ADP tends to be lower than their overall ranking because people traditionally wait on the quarterback position. If a low-ranked player seems to be climbing up draft boards and has a steadily increasing ADP each week (the number is actually getting lower), you know that people like him enough to start taking him earlier and earlier in drafts. Conversely, if a guy’s ADP is dropping each week, he is obviously falling out of favor with the public. For example, Russell Gage’s ADP in the National Fantasy Championships (NFC) was hovering between the 75-95 range back in June, but with news that Chris Godwin wasn’t starting training camp on the PUP list, his ADP is starting to drop him a few rounds as people fear a loss in targets with a healthy Godwin.

Know the source of your ADP

Unfortunately, too many people just blindly accept ADP numbers as truth without ever really understanding where the number actually comes from. On some of the bigger sites, you need to take their ADP numbers with a grain of salt. How many times have you done a mock draft where there are multiple computer players because the room didn’t fill? Or how about when a bunch of people leave after the first six rounds and put the rest of their draft on auto-pick? The big problem with that is the ADP numbers simply become an extension of the site’s default player rankings. If the computer players are making selections or people are on auto-pick, all they are doing is pulling players off the board in the same order the site has them ranked. For me, the two best ADP sources are our composite ADP numbers and the numbers from the NFC. Every draft has a live player making their own selections for the entire draft.

Use ADP as a guideline, not the gospel

One of the biggest mistakes I’ve seen is when someone really wants a player but says, “well, their ADP says I don’t take them until the next round, so I’ll wait.” When someone snipes their player, they get frustrated and start complaining about ADP numbers and how stupid they are. No. Not the case at all. First of all, my philosophy has always been, if you want a particular player, get him. Don’t be stupid and use a first-round choice on a guy you can probably get in the sixth or seventh round, but if a guy’s ADP says eighth round, you can take him in the sixth or seventh if you really want him and don’t think he’s going to make it back to you.

Second, you need to remember that most ADP numbers are made up from a variety of different style drafts. There’s PPR, standard, superflex, drafts with a third-round reversal, drafts with extra flex players, etc. You must ALWAYS take into consideration your league’s rules and roster guidelines. You need to remember things like ‘no trading’ in the NFC which tends to elevate the ADP of certain players. You can look at a player’s ADP for a rough estimate of where he is going, but you have to look at the flow of your draft. Are people drafting in accordance with typical ADP numbers or is the Cowboys fan in your league grabbing Dak Prescott and Jalen Tolbert much earlier than their ADP numbers dictate? Your draft is a very fluid thing and your use of ADP should be used accordingly.

That about covers it. It’s really not that complicated. Fantasy football mock drafts are an awesome way to prepare for your big day and using ADP will help you as you hone your draft skills. Keep a copy handy when you’re in the war room, but again, use it properly. If you do, you’ll be unstoppable.