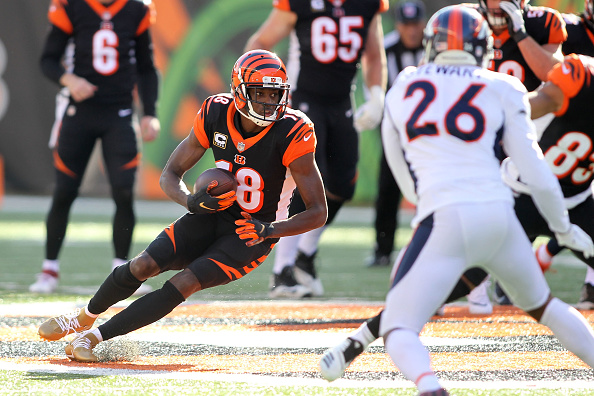 The calendar is about to turn to August which means preseason games are not far behind.  Fantasy GMs tend to get hung up on what happens during the preseason. Remember that coaches do not want to expose their star players to an increased risk of injury, so do not expect to see the regulars very much in August, if at all.  GMs should be focusing on the position battles and who may come out of the preseason as a dark horse to begin the season. Keep in mind that coaches will also hold players out who are slightly banged up to avoid any exacerbation, so do not panic when you seem key names on the injury report in August.  So without any further ado, let’s take a look at some of the walking wounded in the fantasy football emergency room.

The bad news about A.J. Green got worse this week as an MRI revealed he had torn ligaments in his left ankle and will now likely be out up to two months.  Green will be getting another opinion to determine whether surgery is required. This prognosis makes his status for Week 1 of the regular season very much doubtful.  Green will be 31-years old this season and having foot issues will not help his cause if he is not 100-percent by the time he takes the field. He is still considered an elite fantasy wide receiver but his draft value will plummet with this news.  Fantasy GMs should still grab him in drafts because he will be available for a discount and can provide great value depending on where he is taken. 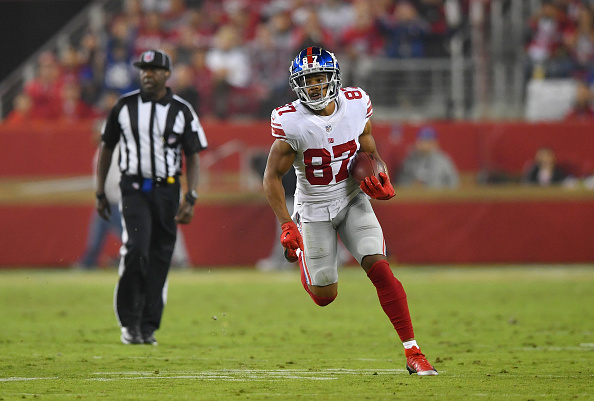 The Giants wide receiving core underwent a massive overhaul with the trade of Odell Beckham , Jr.  One of the biggest benefactors of that move was Sterling Shepard who was expected to step in and become the primary target for Eli Manning and/or Daniel Jones.  This was the case even with the addition of Golden Tate who was just suspended for four games due to PEDs. Irrespective of all that, Shepard sustained a broken thumb last Thursday and his status is now in jeopardy for Week 1 of the regular season.  The good news is that he was already back at practice on Friday running routes and doing drills with one hand. However, it remains to be seen whether he will be ready to go for Week 1. With Tate possibly out and Corey Coleman also done for the season, look for Cody Latimer to be the biggest benefactor to all this chaos.

Titans running back Derrick Henry suffered a lower leg injury at practice on Friday and was seen in a walking boot.  This means he likely sustained an ankle or foot injury, but Tennessee does not seem overly concerned about it right now.  There is no time frame for when he might be able to return, but it appears that Henry will be out of practice and training camp for the foreseeable future.  This should not deter fantasy GMs from targeting Henry as a solid RB2 option coming off a breakout season in which he ran for 1,059 yards and 12 touchdowns to go along with 15 catches for 99 yards.

Ridley is missing practice right now with a hamstring injury.  He experienced some tightness in his hamstring on Thursday and will be given some extra time to rest and recover.  Ridley had a great rookie season lining up opposite Julio Jones and was targeted 92 times for which he caught 64 passes for 821 yards and ten touchdowns.  He is certainly worth rostering as a WR3 in any league format and should improve on those numbers with a year’s worth of experience under his belt.

Disgruntled Browns running back Duke Johnson missed some practice over the weekend with a hamstring injury.  Cleveland opted to be cautious with the injury to make sure it did not get any worse so there is no cause for concern at the moment.  Johnson was most effective last year in the passing game where he caught 47 passes for 429 yards and three touchdowns. He will have to compete for playing time with Nick Chubb and eventually Kareem Hunt .  The Browns have insisted he will have a big role in the offense so it remains to be seen how much fantasy value he may have. 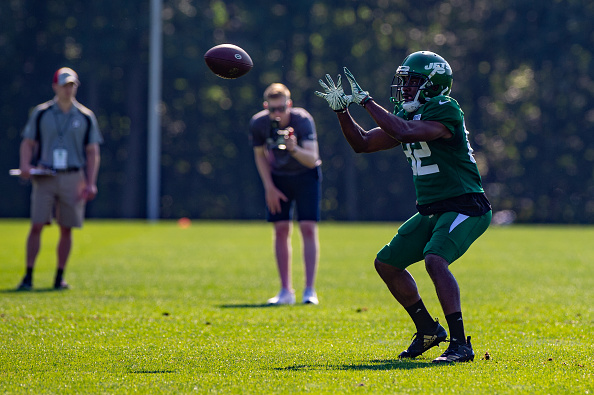 The Jets signed Crowder as a free agent this offseason to become one of Sam Darnold ’s primary weapons at wide receiver.  He is coming off an injury-marred season when he was limited to nine games and had only 29 receptions for 388 yards and two touchdowns.  Crowder does possess good speed and can be a downfield threat for Darnold. He left practice on Monday with an injured left foot. This is concerning because he missed several games last year with an injury to the other ankle.  However, he is expected to be just fine since he was able to head to the locker room under his own power.

The Bengals’ receiving core took another blow with John Ross being sidelined with a hamstring injury.  He has been dealing with this for a few months now and the Bengals figured it would be best to shut him down now for a couple weeks to allow him some time to heal and recover.  Ross made the most of his catches last year as seven of his 21 receptions were in the end zone so he is likely primed for a bigger role at the beginning of the season while A.J. Green remains out.

The former first-round draft pick continued a downward spiral in his career as he suffered a torn ACL during practice last Thursday.  Coleman was expected to have a key role in the Giants offense now that Odell Beckham , Jr. is gone, but that opportunity has now been squandered.  Coleman will miss the entire season with the injury and will likely have a difficult time catching on somewhere else next year.