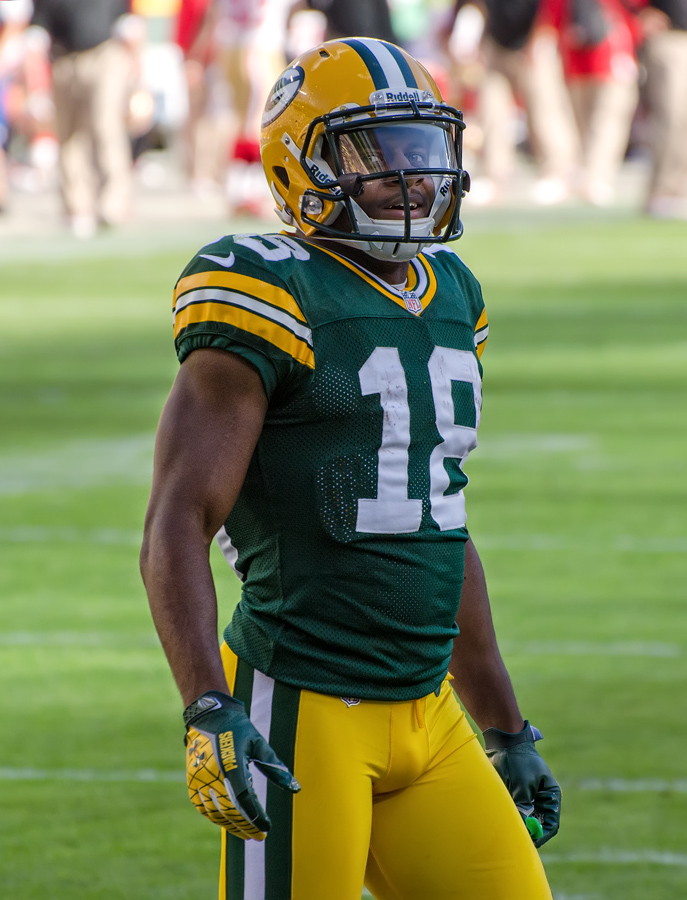 We are now just a little over a week away from the start of the regular season.  Teams have played their third preseason game which is the one time that starters usually get extending playing time.  With the rash of injuries that has swept the NFL over the past few weeks, you should be praying that no one with any fantasy value sees the field for the final preseason game.  So without further adieu, here is the next edition of the gridiron walking wounded.

Just a few days after losing Jordy Nelson to a season-ending knee injury, the Packers and fantasy owners got another scare when Randall Cobb went down with a shoulder injury during Green Bay’s third preseason game.  The injury appeared worse than it really is as he has been diagnosed with a sprained AC joint in his shoulder.  This is good news across the board because he will not need surgery and will most likely be ready for Week 1.  At this time, you do not need to adjust your draft rankings and should still consider him a solid WR1.

Mason re-aggravated his hamstring injury in this weekend’s preseason game and is now considered questionable for Week 1.  He was going to share carries with rookie Todd Gurley, but with both of them dealing with injuries it could mean an uptick in short-term value for Benny Cunningham.

Dolphins’ center Mike Pouncey left the third preseason game after suffering a knee injury during the team’s first offensive series.  He did come back in the game only to leave once again.  An MRI was scheduled for Sunday so check back early this week for the results.  The severity of Pouncey’s injury could have an effect on multiple players’ value including Lamar Miller and Ryan Tannehill.

Jets’ first round pick Leonard Williams sustained a knee injury over the weekend and is considered day-to-day.  The x-rays came back negative and there was no ligament damage, so chances are he should have enough time to rest up and be ready for Week 1.

Rookie running back David Cobb suffered a calf injury and will likely be shut down for the remainder of the preseason.  His status for Week 1 is up in the air but he would still only be the backup to Bishop Sankey in the Titans’ offense.

Duke Johnson had already missed significant time in training camp with a hamstring injury, but now you can add a concussion to his list of maladies.  Johnson was concussed in the Browns’ most recent preseason game and will now go through the league’s concussion protocol.  He had a chance of being Cleveland’s featured running back, but this concussion could change those plans at least in terms of Week 1.  Check back later in the week for an update on where he stands with respect to the concussion tests.

The Bears already have one of the worst secondaries in the league and just recently cut cornerback Tim Jennings.  Now they will also be without safety Ryan Mundy who sustained a hip injury which landed him on I.R. ending his season.  Mundy did have 103 tackles and six sacks in 2014, so he was a viable IDP option.  Now fantasy owners should salivate even more at offensive matchups against the Bears’ defense.

It is rare that a kicker ends up on this list, but Hartley is the second Steelers’ kicker to make an appearance.  Incumbent Shaun Suisham suffered a season-ending injury a couple weeks ago so Pittsburgh brought Hartley in to replace him.  Now Hartley got injured suffering a hamstring injury over the weekend and his status for Week 1 is questionable at best.  Jay Feely looks like he is next in line for an opportunity.