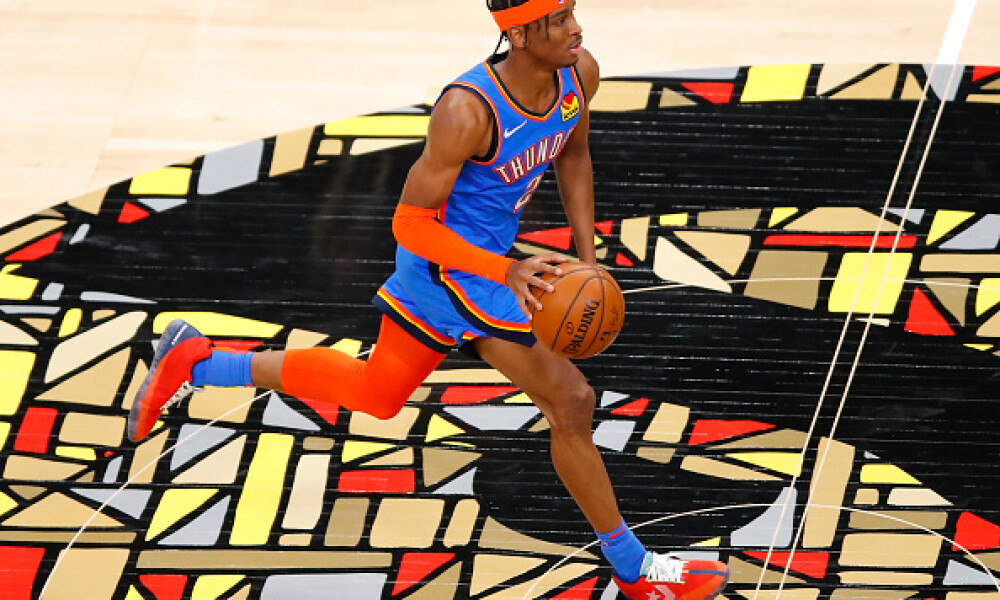 The NBA had a lot of disappointment attached to it starting with the plethora of COVID-protocol players and general player-injuries. One of the team’s it hit hard was the Toronto Raptors. Injuries flooded the team and it got to the point where they started benching their players down the stretch because they wanted out of the season. Very Sad! It led to a 27-45 record. Speaking of bad, the Magic and Pistons sat at the bottom of the Eastern Conference when the season ended. The Magic traded key players Nikola Vucevic , Evan Fournier and Aaron Gordon away thus beginning their rebuild and the Pistons just didn’t have the talent. Jerami Grant was running away with the Most Improved Player award after the first half of the season, but like the Raptors, the Pistons began benching their players, including Grant, thus ending his chances of winning the award. The Pistons won 20 games.

Sitting at the bottom of the Western Conference were the Houston Rockets, Oklahoma City Thunder and the Minnesota Timberwolves. The Rockets battled the trade market this year more than their opposition on the court this season. They made two big trades involving James Harden and Victor Oladipo . Injuries also hampered this team on a night-in, night-out basis. Christian Wood played in 41 games, Eric Gordon 27 and even John Wall only suited up for 40 games (even though he sat out a good amount of back-to-backs). The Thunder were expected to be towards the bottom of the conference as they are stacked with draft picks for the next year, but their top option Shai Gilgeous-Alexander was only active for 35 games. Injuries and overall poor defense hampered the Minnesota Timberwolves. For a team that has one of the most dominant offensive players in Karl-Anthony Towns , the ‘Wolves can’t get over the hump and they need more of a frontcourt presence. D’Angelo Russell and Malik Beasley missed a good amount of the season and Towns is one of, if not, the worst defensive centers in the league.

After seeing a much healthier Anthony Davis last year, things normalized as he played in just 36 games this season. We even saw LeBron James play in just 45 games as he is starting to have more and more health issues. Injuries to Davis and James led the Lakers to finishing seventh in the Western Conference, only to get bounced in the first round of the playoffs after surviving the play-in tournament. The Golden State Warriors did not advance in the play-in tournament to make the NBA Playoffs as they had to once again go through a season without the services of Klay Thompson . Second overall pick in the 2020 NBA Draft James Wiseman was limited to just 39 games this year due to injury. On the other side of the coast, the Brooklyn Nets lost Spencer Dinwiddie to injury for the season three games in and Kevin Durant in his long-awaited return to the court after missing the previous season played in only 35 games this season.

Finally, speaking of the Nets, an unfortunate moment that occurred this season was when LaMarcus Aldridge had to suddenly retire from the NBA due to tests coming back showing an irregular heartbeat. He played 15 seasons and made seven All-Star teams and we pray for his health, as we never want to see an Athlete not retire on their own terms.