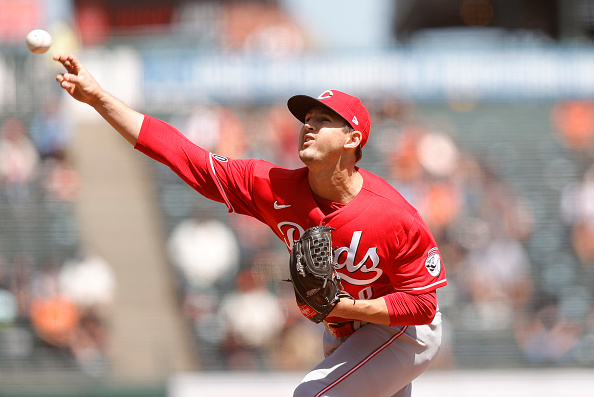 An extraordinarily nice balance between the top and middle tier this week, leaving a boatload of options that are taking the baseball for a pair of starts. Unfortunately, there exists a second boatload of bottom tier denizens, those that are suggested you not consider employing in your fantasy pitching rotations this scoring period, but forewarned is forearmed (pun sorta intended).

These dozen arms are those you are pleased grace your roster, and that you get to use them twice this coming week. Wind them up and let them go, and take in the expected positive fantasy results for your squad. Not that although his first start is scheduled for a Wednesday contest, deGrom is on track for dual appearances in Week Five, a true bonus.

Manaea has rebounded from an initially disappointing start to twirl three excellent games. He has been helping himself by showing excellent control (1.9 BB/9 through 4 starts). He has been ramping up the Ks over the past two outings, as well, collecting 14 strikeouts over 13.0 IP, and now faces a pair of teams that have been good K producers for opposing hurlers, the Rays and Orioles.

Eflin has been credited with three QS out of his first four starts, allowing four earned runs in the lone exception on the road against Atlanta. He has fared well at home to open the year, and his second start is in Philly, albeit against the Met ace, deGrom, not that ideal matchup. His stats are good across the board, with a 19:2 K/BB ratio and stellar ratios, with a 2.77 ERA and 1.00 WHIP through his 26.0 IP in 2021.

Mahle has given his owners little to be unhappy about, posting a stellar 1.74 ERA and 0.87 WHIP over four starts comprised of 20.2 IP. The 31 Ks are a nice topping to the sundae, although he is struggling a bit with his control (nine walks total, 3.9 BB/9). Taking on the Dodgers in LA to open the week is a potential fly in the ointment, but then he gets the Cubs at home, and despite some recent success, the North Side squad has struggle away from Wrigley Field to date.

The second-year southpaw, Rogers, will look to build on his excellent ratio stat production over the prior three outings (1.64 ERA, 1.00 WHIP through 22.0 IP). His control is somewhat suspect, as he is handing out free passes at a rate of 4.09 BB/9. The 31 Ks on the season are attractive, however, and he has been more successful away from home, which plays nicely since he is on the road for both starts in Week 5. 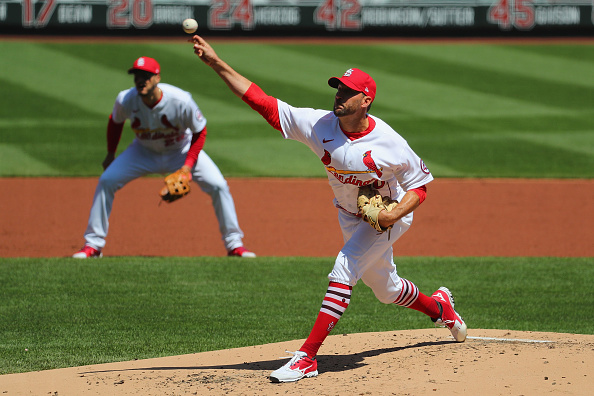 Wainwright gets Philly at home and then Pittsburgh on the road, a decent set of matchups based on venue, and in the case of the second start, the opponent. The Card veteran righthander is coming off a superb 10 K effort, which he left without a decision, and while he has been inconsistent to open the season, alternating good and bad outings, his underlying metrics indicate that he has endured some bad luck that should balance out as the first month of the season wraps.

DeSclafani’s marvelous start to this season took a bit of detour in his last trip to toe the rubber, when he yielded three earned runs over just 4.0 IP, pushing his ERA to a still attractive 2.14. He is striking out a batter per inning, and exhibiting good control, so there is good reason to plug him in this week with a game at home against the Rockies and then a road trip to San Diego.

Widener has been a bit up and down, although all seven of the earned tallies charged to him were plated by the Reds, who are not on the schedule for Week 5. Instead, he has a couple of home contests to take to the hill in, the second against the Rockies away from Coors Field, always a positive.

Gomber is one of the SPs on the Rockies that does not seem to be negatively affected by pitching in the Mile High City at Coors Fields, albeit the sample size is small. He has put together a streak of three QS coming into this week’s games. He has yielded a homer in each of his last two appearances, but gets to ply his trade in two of the least-favorable dinger friendly parks in Week 5. He has also been showing better control recently and has increased his swing and miss capabilities which should play well against the Giants and Diamondbacks.

Turnbull came back into the Tiger rotation, looking solid, picking up a five inning victory where he was charged with but a single earned run on a pair of hits and walks each, while fanning half a dozen opposing Pittsburgh hitters. Granted, it is just one start after coming off the COVID IL, but the Tigers are banking on him providing depth to their rotation and he should be allowed to pitch deeper into games going forward, opening up the chance for QS.

Sheffield has allowed one round-tripper in each of his three starts, but he is also providing above-average K numbers. He does get to face the Astros on the road and then the Angels at home, venues where the opponents have been under .500 early on this year. This is more of a start him if you need the innings and a chance at some palatable results from your pitching staff.

These hurlers are the group that you should avoid putting in your active rotation in Week 5, if you value your ratio and counting stats, or want to rely upon for a victory or QS. The lone exception would be the top SP in the tier, Kluber, who is unsuccessfully struggling to pitch out of the fifth inning so far this season. Give him another week before trusting him, if he in fact shows some improvement facing the Orioles and Tigers.

Sanchez has not pitched any deeper that completing the fifth inning in his four starts, but a 1.83 ERA and 1.02 WHIP with a 3.50 K/BB ratio is still extraordinarily useful for a spot starter in fantasy. The Ks are limited to a below average level, so not a total must-start depending on your league settings.

On the other hand, Anderson is fanning slightly better than a batter per inning (9.1 K.9 rate through 20.2 IP). With 22 hits over those frames, his WHIP is inflated at 1.35 but the ERA is being pushed down start by start, now sitting at 3.92. Plus, he gets a home start on Tuesday.

Facing the Padres offers Weaver the opportunity to improve on his below-average K rate he has been showing so far this season. His control had been solid until he handed out four free passes to the Braves in his second consecutive loss. 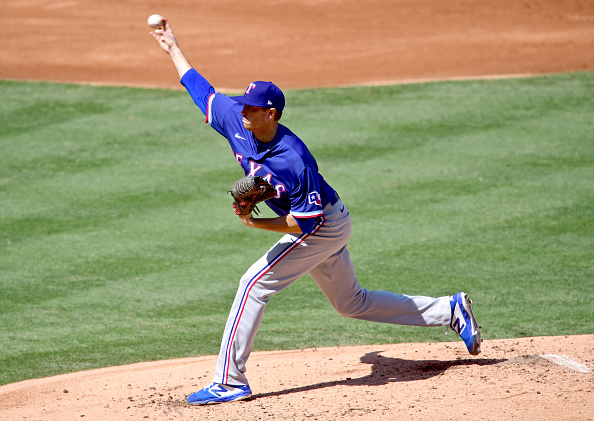 The Texas righthanded veteran has been pitching deep into the games he starts, tossing eight scoreless frames against the Orioles at home, lowering his once bloated ERA to a much more attractive 2.53, with an accompanying 1.13 WHIP. No homers allowed this season and an 18:6 K/BB ratio further recommend him at home against the visiting BoSox, although there are far better matchups than the road-warrior team from Boston.

Singer has settled in as a major league arm despite not pitching above Double A until last season’s shortened schedule. He sports a useful 3.77 ERA with 17 Ks over is 14.1 IP. Plus, his underlying metrics indicate he may be due some positive improvement on his ratio and counting stats. He was a top pick in the 2018 draft, and is quickly paying dividends to the Royals and his fantasy owners.

Arihara has a wide repertoire of pitches that he has begun to show opposing hitters as opposed to featuring his fastball, which did not serve him well. He now has 11.1 scoreless IP with 11 Ks. Despite facing the Red Sox, he has been successful in keep the other team’s batters off stride and he

The Mariner 26-year-old righty flirted with disaster in his last start, giving up 10 hits (only one for extra bases) but holding the Astros to a single earned tally over 6.0 IP. He will have headed to Boston before Seattle hosts the Angels in this matchup and it would be good to see him ramp up the swings and misses to have some more faith in using him here, so keep an eye on the weekend’s box scores before fully trusting him.