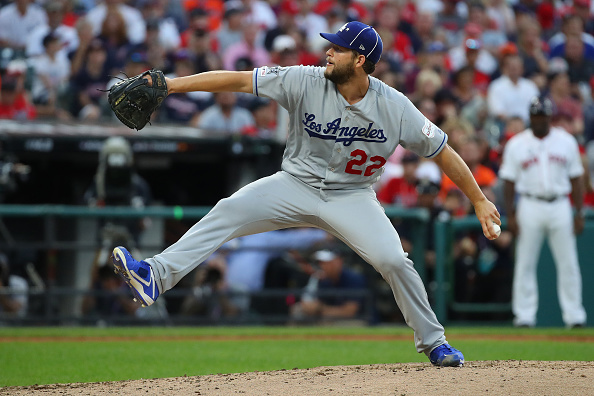 Back into the fray following the break for the All-Star Game, and there is a good slate of two-start pitchers to plug into your lineups to begin the second half run for a fantasy championship (or two, or more, depending on your level of interest in the world of baseball). A full group of pitchers to avoid in the coming scoring period, as well, populating the bottom tier.

Please realize that these articles feature most recent rotation information available when the article is written, but that circumstances do change due to weather conditions, injuries and general craziness with managers. Plus, things are still a bit up in the air after the short week following the All-Star Break. If a pitcher listed here as having two starts ends up with one (or perhaps none) in the upcoming week, apologies but this article is meant to provide analysis, it is up to the manager to set the lineups or rotations.

These nine SPs are those you should ride for both their trips to toe the rubber in Week Seventeen. Hendricks has been scuffling a bit of late, but has a pair of home starts to work things out. Woodruff was a late-round type selection this March but, certainly has rounded into shape as a worthwhile rotation member in many fantasy lineups.

Musgrove opens the middle tier, and he fell just a hair short of jumping into the top group. Over his past four appearances, he is sporting a superb 1.64 ERA and 0.95 WHIP through 22 innings pitched (IP). He also improved his K rate to one per inning, while allowing just one free pass over that stretch. He gets to face St. Louis on the road, where he has been better this season, and then gets a decent matchup at home against a Philly SP that resides in the lower tier. 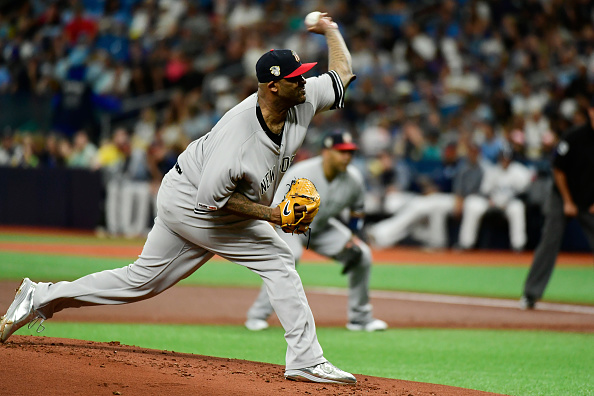 Sabathia is riding a three-game quality start (QS) streak heading into the season’s second portion. He gets two home starts in Week Seventeen, where he has compiled an excellent set of ratio stat lines: 2.31 ERA and 1.15 WHIP through 39.0 IP. Going forward, there are sure to be some poor outings in store, but this week looks great on paper.

Wheeler had a tough outing against Philadelphia heading into the All-Star Break (ASB), but looked good in his three prior trips to the bump. He is likely a trade candidate heading to the end of July, and has pitched better than his stat line would indicate (3.64 FIP vs 4.69 ERA). Two away games this week are not a major impediment to success, as his home/road splits are about even. He is a good source of whiffs, with a 9.8 K/9 rate over his 19 starts.

Plesac was sent to Triple-A Columbus prior to the ASB, but is coming back to make a couple of starts in the current week and if he was dropped in your league, this is a fine time to add him to your fantasy rotation. He has a pair of home starts against less-than-stellar offensive opponents with the Tigers and Royals on tap in Week Seventeen. Just do not expect much in the way of strikeouts, as his rate is well-below average in the category of missing opposing hitters’ bats (6.6 K/9)

Marquez, on the other hand, is striking out nearly a batter per inning (8.8 K/9 through 127.1 IP) and is demonstrating great control to back up that skill (2.0 BB/9). His second start at Yankee Stadium is less than fantastic, but getting the Giants at home to open the scoring period is favorable.

Peacock is coming off the IR to make a start against the Angels on the road and takes the hill against the surprising Rangers at home, where Texas has been weaker this season than in Arlington. He is an above-average K producer this season, posting a 9.4 K/9 rate over his 85.0 IP in 2019.

Samardzija might feel the ASB came at a bad time for him, as he had put together a pair of fine outings, two QS, prior to the mid-season vacation. His first start is at Coors Field, not an ideal location to attempt to continue his success, but then he gets to take the mound at home against the Mets, where he has enjoyed more success this season, plus the Mets are a terrible road team.

Yamamoto has been quite successful in his limited MLB career, putting forth a set of serious ratio stats that will bring notice: 1.24 ERA and 0.90 WHIP through his five starts to date comprising 29.0 IP. He has also struck out slightly better than a batter per inning, with his control being the major blemish on his pitching performance (4.7 K/9-oof!). His first start in Week Seventeen is at home against the Padres, but then he heads to LA to face the Dodgers and Walker Buehler , where he might be better left on the bench. 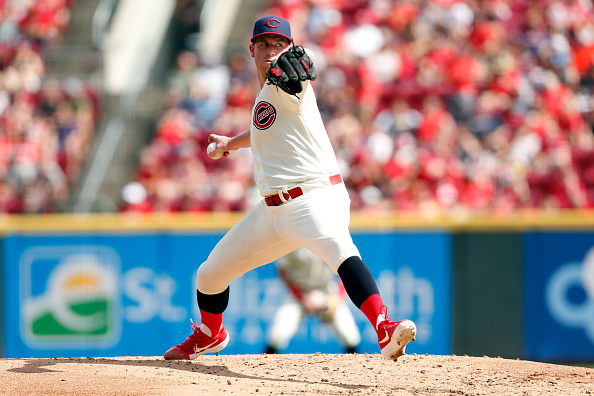 DeSclafani is a fine source of strikeouts, having whiffed 90 through his 17 starts to date. He does have a pair of decent matchups heading into the second half of the season, despite playing for the cellar-dwelling Reds. He has only yielded more than two earned runs once in his last six games, albeit that was a six-spot to the Brewers.

Since being repromoted to the big leagues, Reid-Foley has been a stellar hurler, with a minuscule 1.69 ERA over his 10.2 IP, along with a 1.03 WHIP. He is merely an average strikeout producer with a 7.6 K/9 rate since rejoining the Blue Jay staff. He does have to hit the road for two starts in Week Seventeen, which will offer him the opportunity to show whether he belongs in the majors to stay or not.

Eflin has been less effective over his recent three trips to the mound, with his ratio stats suffering, as he now sports an inflated 3.78 ERA and 1.30 WHIP (those were at a much more attractive 2.83 and 1.16 on June 19th). He has been much more effective at home in 2019, and that is where he faces the Dodgers and Clayton Kershaw to open the week. He closes Week Seventeen out on the road in Pittsburgh, not a terrible matchup, so he is potentially useful for both his starts this scoring period if he gets back to his effective ways.

Flaherty is a useful pitching asset at home, where he takes on the Pirates, and even his away game in the coming week is against a beatable team in the Reds. He offers great strikeout potential with a 9.9 K/9 rate through 18 starts on the season. That’s a short way of saying if you need Ks, he is worth a shot. Do not expect other great results, though.

Anderson gets to take on last-place division foes the Mariners to start Week Seventeen, which is a good start to the scoring period. The second start of the week comes on the road against the Twins, which is not necessarily the best portent for success on the hill for the 26-year-old right-handed hurler. He has good control (2.8 BB/9 over five starts in 2019) but a below-average strikeout ratio at 7.3 K/9 through his 22.1 IP.

Pomeranz winds up the middle tier of SPs with dual starts in Week Seventeen and as with Flaherty a couple of profiles above, he is a great source of Ks (10.7 K/9 over 67.1 IP). He has also been extraordinarily better at home this season, so a road game to open the week at Colorado is not exactly a preferred matchup to employ his services. A home game against the Mets, even going up against Jacob deGrom , is where you should consider using him as a member of your fantasy rotation.

There are a couple of residents of the bottom tier that can be useful for one of their pair of starts this coming week. Cease has some K potential and a decent initial outing against the Royals. Porcello has not looked on top of his game heading into the ASB, but has a pair of matchups against beatable teams in the form of the Blue Jays and Orioles, but he is anything but a sure thing this season. The balance of these pitchers are better left on the wire or your bench if you happen to have picked them up for a streaming start at some point.