Fantasy Baseball Daily Round Up: April 18 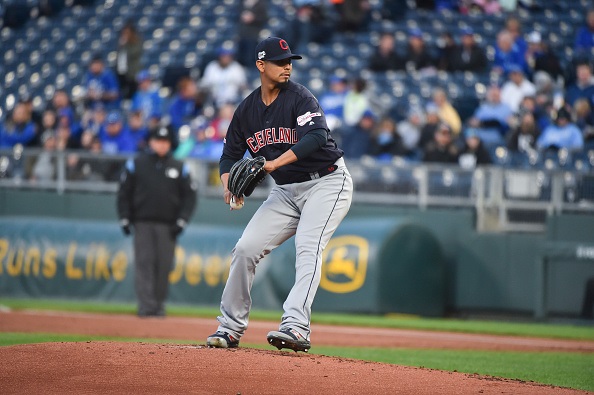 While fantasy baseball players try to maximize lineups, a potential debate between the “Let Them Play” major league baseball promotion and the old school unwritten rules enforcers could be put to the test. Case in point, the almost fracas in Chicago between the Royals and White Sox. There’s no doubt Tim Anderson enjoys taking in the view of home runs, and he’s been white hot to start the season hitting a robust .424 with a 1.121 on-base plus slugging percentage, four home runs and six stolen bases. However, Brad Keller did not take kindly to this bat toss:

His next at-bat, Anderson wore one getting hit in the buttocks, so at least Keller did not throw at his head. But, both teams exchanged words, some pushing and the managers proliferated the arguments before it all subsided. Both Anderson and Keller got ejected. A collective sigh of relief for Yoán Moncada owners. After getting hit in the helmet with a throw, he tested negative for a concussion, but could receive a day off. Lucas Giolito also left this contest early, due to a tight hamstring. Through 2.2 innings, Giolito recorded five strikeouts against one walk and seemed to be cruising. Stay tuned. In keeping with the theme of the Round Up, take a quick tour of action from Wednesday’s action.

Owning Carlos Carrasco can be frustrating, however, due to his ability to produce a game like his 12 strikeout performance in Seattle speaks to his upside. Carrasco generated 23 swinging strikes, 11 with his four-seam fastball alone, and 13 called strikes for a strong 33.3 CSW percentage (called plus swinging strike percentage) of his 108 pitches. In the game, Carrasco fired seven shutout innings giving up three hits and two walks with the highest strikeout total of the day.

After a slow start, the Cubs pitching seems to be on fire. Do take heed of the recent competition, but, Cole Hamels third game of the season tossing seven shutout innings of his own yielding three hits and striking out eight. He produced 14 swinging strikes and 16 called (30.9 CSW%) of his 97 pitches. Since joining Chicago, Hamels owns a 7 - 3 record of his 16 starts with a 2.46 ERA. His ERA only trails Blake Snell among all southpaw starters in this time frame. Here’s the rest of the pitching performances of note from Wednesday:

As if Atlanta could afford to lose bullpen depth, Arodys Vizcaíno underwent surgery on his shoulder and will miss the remainder of the season. This applies pressure to A.J. Minter to step up as the closer, but he’s working with reduced velocities to start the season. Minter did miss time in the spring, so the speed could bounce back going forward, but if he needs to share the load in high leverage, it could be a competition between Mike Sobotka or Dan Winkler . Since the Braves do not wish to lose a pick in the draft signing Craig Kimbrel , this does not seem like an option until June. Plan accordingly.

There’s no such thing as clarity in the Phillies bullpen, but, Héctor Neris did lock down his second save on Wednesday. He did allow an infield single and hit a batter, then settled in to strikeout two. Jeremy Jeffress made his debut with the Brewers striking out a batter and then getting credit for two-thirds of an inning on a caught stealing. Reports suggest he will be eased into high leverage, but this will be the last weekend to stash him for potential saves going forward. Due to volume, here’s the condensed version of the rest of the saves situations:

Either it’s next level trolling or fantasy owner’s seem to be overlooking the tear Marcell Ozuna ’s on:

Marcell Ozuna is the hottest hitter on the planet right now! ???? pic.twitter.com/6WKYLi3sGz

Ozuna’s not only homered five times his last four games, but he’s launched eight over his last 10 contests with a .324 average, 15 RBI and a 1.417 on-base plus slugging percentage. In this same game, Christian Yelich drove in a run to tie Milwaukee’s franchise record of 26 RBI in the months of March and April to start the season. Going out on a limb and suggesting Yelich will set the new record.

A smash and dash for Michael Conforto in a loss to the Phillies. Conforto’s slashing .324/.422/.634 so far with five home runs and two stolen bases. Jeff McNeil racked up two hits and he’s currently notched multiple hits in six straight starts. If thinking it’s a fluke, McNeil’s recorded multiple hit games in 29 of his 80 during his tenure with the Mets. Good thing a veteran will not return soon to cloud his playing time opportunities, oh, wait…

With Jean Segura sidelined and Odúbel Herrera potentially heading to the injured list, Scott Kingery seems primed to make the most of the opportunity. He homered for the second straight game and slashing .480/.536/.880 to start the season. Post-hype breakout?

Not only did Hunter Dozier get featured in this week’s Behind the Breakout, but he’s hitting .405 over his last 10 games with two doubles and four home runs, including one yesterday.

Teams will be avoiding Cody Bellinger , so hitters behind him will need to step up. A.J. Pollock hit the game winning three-run home run after a Bellinger free pass on Wednesday.

While Mookie Betts continues to scuffle, J.D. Martin ez remains hot with two more hits along with his fourth home run. Six of his last 11 hits by Martinez have resulted in extra-bases (five doubles, one home run).

Brett Gardner hit the go ahead grand slam, the 100th home run of his career, to defeat the Red Sox. This will be important since Clint Frazier continues to stake his claim for more playing time. Over his last 10 games, Frazier’s batting .364 with four home runs and 10 RBI.

Smash and dash number two from Wednesday goes to Gerardo Parra ? It’s his first of each for the Giants. Steven Duggar homered for the second straight contest and he’s hitting .281 over his last seven. On the opposite side of the diamond, Juan Soto went 2-for-4 with his third home run and two RBI. Howie Kendrick stayed hot hitting his third home run and reaching base three times.

Could Javy Baez own the quietest six home run and .324/.351/.635 slash line in fantasy baseball? He recorded two more hits last night with two RBI. It appears Daniel Descalso owns the plus side of the platoon at second base and went 2-for-3 with a double and three RBI. Descalso’s hitting .364 and the only left-handed starters in the National League Central play on the Cubs.

Both Brandon Lowe and Yandy Díaz homered for the Rays as their surge continues. Lowe’s blasted five so far and drove in three. Diaz hit his fourth home run and doubled during his four at-bats with two RBI. Tommy Pham lost his 48 game on-base streak going hitless in four plate appearances.

Adam Jones hit his fifth home run in Atlanta as his hate tour of the majors continues after being stagnant in the free agent market this off-season.

In a split slate of games, there’s plenty of fantasy situations to monitor. Starting with season debut of Mike Soroka in Atlanta. He will face the Diamondbacks who generated 10 strikeouts versus Kevin Gausman .

A battle of southpaws in Washington with Drew Pomeranz opposing Patrick Corbin .

Can Jorge Polanco stay hot against Clay Buchholz in Minnesota? Will Buchholz continue to pitch well?

Homer Bailey heads to the mound in the Bronx, could he be aptly named tonight? How will Domingo Germán fare versus the streaking Royals bats?

Philadephia heads to Coors Field for a four-game set. Bryce Harper and the Rockies lineup need a bounce back weekend. Less than optimal for the starting pitchers on tap.

Rookie Chris Paddack will face the Reds at home. Will he make it six innings? Better yet, will the Padres let him work deeper into games?

Last, how much longer will the Blue Jays keep Vladimir Guerrero Jr. at Triple-A? I think he’s ready: