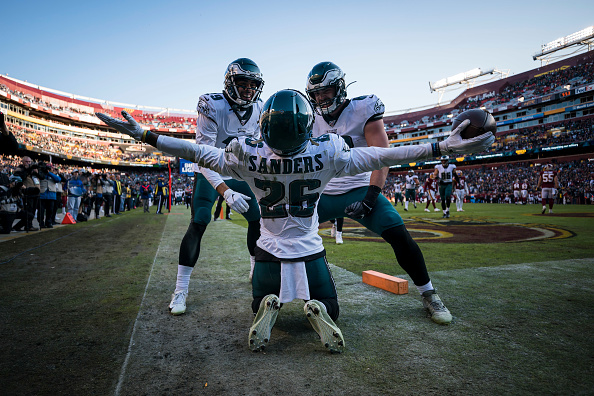 One of the ways you can add to your fantasy football craving is to join a survivor pool. These are also called knockout, suicide, elimination pools if you’re not familiar with them. The rules are pretty simple. Pick a team each Week to win and if they do, you move on, but you can’t pick the same team twice. There are some basic “rules” you should follow to help you be the last man standing.

Last season was my first covering survivor pools for Fantasy Alarm. Each Week I will make my recommendation and also include some alternatives as everyone follows a different path. I will also not pick the same team twice as my top choice to mimic a real pool. For full disclosure I went 16-3 (regular season and first two Weeks of playoffs) with my top picks last year. It’s pretty good, but obviously you have to be perfect to win this type of contest. Having seven 10+ point favorites lose last year made it difficult and kudos to those who avoided those games and won their pool!  At least if you also just put a straight up bet each Week on my picks you would have had a profitable season!

So, what are the keys to winning?

Last year home favorites were 103-60, a .632 winning percentage. This is pretty good but we have to do better than that if we want to win each Week. How do we increase the odds? Pay attention to Sin City.

Since 2003, favorites of 10 points or more have compiled a record of 493-77 (.865). There had only been two teams that had lost a game when they were favored by more than 14 but last year alone we had two. New Orleans lost to Atlanta favored by 14 in Week 10 and the Patriots lost to the Dolphins in Week 17 when favored by 17. Looking for favorites of 10 or more points will greatly enhance your chances of advancing to the next Week. Looking at 7 to 9.5-point favorites the record is 611-190 (.763). Not too shabby. So, if you take all games with a point spread of 7 or more, the favorite won 80.5% of the time. Remember this is straight up winning and not against the spread. Interesting note, six of the seven teams that lost as 10+ point favorites last year were playing at home as only the Eagles loss to Miami was on the road.

Each year there are a handful of teams that end up being awful. Picking against these teams goes hand in hand with picking the large favorites. Use the opportunity when a non-elite team plays at home against one the dregs to help you save some of the better teams for later in the season.

Step 4: Go AGAINST the Grain

In order to win, you can’t just follow the herd and pick the same teams everyone else are picking each Week. At some point you have to play it relatively safe, but not take the extreme favorite and hope that there’s an upset in the game you didn’t pick. There comes a point in the season where this approach will increase your chances at winning the pool. The site you use for your pool will probably not release the percentage of players taking teams X,Y, and Z until after all picks are in, but others like ESPN and Yahoo allow you to see what percentage of people are taking those teams across their platform. If you like two teams one Week, take the team with the lower ownership percentage so more teams will be knocked out if there is an upset adding to your chances.

With a short practice Week, teams have limited time to get ready for this game. On top of that, minor injuries may not have healed yet and the play of some of the players will not be up to par. Why take the chance on a Thursday night debacle by a beat-up team that would have benefitted from a few more days rest?  Stick with Sunday or Monday. You will have more time to research and get it right. Last year my brother called me a “fool” for not taking the Panthers over the Bucs on Thursday night and calling him on Friday was quite enjoyable.

Step 6: Wait Until the LAST Minute

If you have a few games to choose from, especially early in the season, wait until the last minute to make your pick final. Injury updates and weather changes can affect the game and Vegas’ opinion. Watch the line as it will be an indicator of last second changes that may cause you to reconsider your choice that Week.

It’s easy to look at the schedule and try to map out a plan for the season, trying to save some good teams for later in the season. In Week 3 you see the Chiefs an 11-point favorite at home. This is a high probability win, but you are trying to save them for one of the bye Weeks when the pickings appear slim. We saw Mahomes get hurt and this could always happen so going with the Chiefs to make sure you move on is fine. It is a good idea to look at the Weeks with many teams on bye. This year there will be slim pickings in Weeks 8 and 11 with six teams on bye each Week. Week 11 may be the toughest with the Jets, Giants, Dolphins and Bears off so there won’t be as many “lesser” teams available to pick against. Looking at matchups those two Weeks would be the one thing I may try to “plan” for.

Every Thursday during the season I will write up my recommendations for the Week and update it if necessary, on Saturday if there are any major announcements that could affect my choices. With the way 2020 is going so far, I’d expect a few! Be safe everyone and look for my first article on Sept 10th!  As of this writing there are four teams favored by seven or more points.