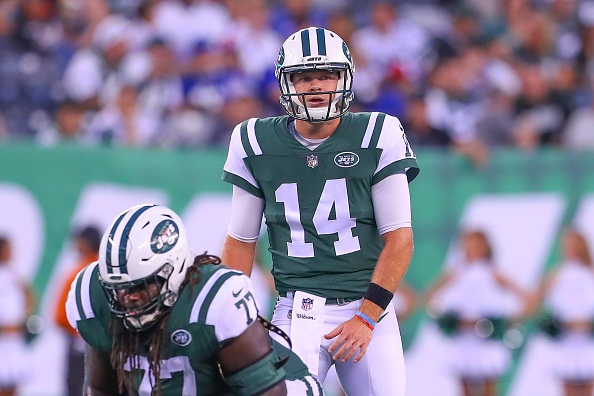 Hopefully fantasy GMs did not make any impulsive or irrational decisions about their rosters after Week 1 despite the temptation to do so.  It is only natural to overreact to Week 1 because of all the preparation, prognostication and hype leading up to it.  Fantasy GMs need to check their emotions at the door and focus on the task that is choosing players with the best matchups and being proactive to deal with injuries.  It is only the beginning of Week 2 and we have already sustained several injuries to key players.  So without any further ado, let’s take a look at some of the walking wounded in the fantasy football emergency room. 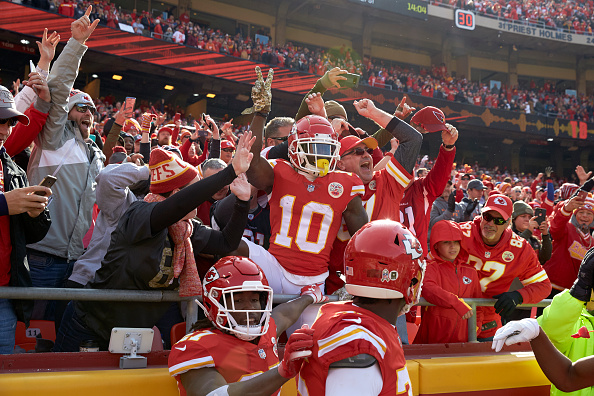 Hill suffered a broken collarbone last week against Jacksonville and will be out approximately 4-6 weeks.  The only solace to take from this is that Kansas City is not placing him on injured reserve so he can return whenever he is ready.  However, it is conceivable that it takes even longer than the estimated six weeks for Hill to get back on the field so fantasy GMs should be prepared to be without their WR1 for up to half the season.  Sammy Watkins becomes a must-start as the team’s new primary wide receiver and Mecole Hardman needs to be rostered in all league formats.  Fantasy GMs will have to tread water for a while but there are options out there to help partially offset the loss of Hill’s production.

Jets running back Le’veon Bell had an MRI on Thursday that came back clean and did not reveal any structural damage.  It was a precautionary measure for Bell who should be ready to play on Monday night against the Browns.  The Jets will be relying on Bell more than ever this week because quarterback Sam Darnold is out with mono and the team will be going with Trevor Siemian under center.  Assuming Bell plays on Monday, look for him to be the focal point of the offense both rushing the ball and catching passes out of the backfield.

Lockett did not practice on Wednesday as he was dealing with a back injury, but he did practice in a limited capacity on Thursday.  This is great news for fantasy GMs who are looking for a breakout game from Lockett after only getting targeted twice last week against the Bengals.  Lockett caught one pass last week and it was for a 44-yard touchdown.  Look for Russell Wilson to include him in the offense much more this Sunday against the Steelers who were torched by the Patriots last week.

The Jets suffered a devastating loss last week to the Bills and could be heading for disaster on Monday night against the Browns.  Quarterback Sam Darnold has been ruled out for Week 2 and possibly beyond due to contracting mono.  This is an enormous loss for the Jets who will be playing a Browns team that was embarrassed by the Titans last week and motivated to live up to all the hype surrounding the team.  Darnold had a pedestrian game against the Bills going 28-for-41 for 175 yards and one touchdown.  He is only a viable fantasy option in two-QB leagues, but his absence creates more opportunities for Le’veon Bell and also makes Buffalo’s defense/special teams a viable option going against Trevor Siemian .

Bengals running back Joe Mixon still has not practiced this week due to an ankle injury.  This does not mean he is precluded from playing on Sunday, but fantasy GMs need to be very concerned about Mixon’s status if he does not practice on Friday.  Mixon has been frustrating to own in fantasy leagues since coming into the NFL due to a variety of injuries he has sustained.  GMs who have Mixon should also own Giovani Bernard who becomes a RB2/Flex option if Mixon is unable to play.

Chargers wide receiver Mike Williams suffered a knee injury last week against the Colts and has been out of practice all week.  This does not bode well for his chances of playing this weekend against Detroit.  The Chargers will also be without Hunter Henry so Keenan Allen should see plenty of action along with Austin Ekeler catching passes out of the backfield.  Williams came on strong last year and was a viable WR3 or Flex option heading into 2019.  Now GMs need to monitor whether he practices on Friday which should be a good indicator whether he will be able to take the field for Week 2.

The Ravens dismantled the hapless Dolphins last week and one of the primary reasons was the explosion of Marquise Brown .  He caught four passes for 147 yards and two touchdowns as part of the blowout victory.  Brown went into the game having missed practice time that week but still managed to put up elite statistics.  He is again limited in practice this week but the Ravens seem confident he will be on the field against Arizona this Sunday.  Fantasy GMs should temper expectations for Brown who had the fortune of playing a Miami team that is clearly not motivated to win. 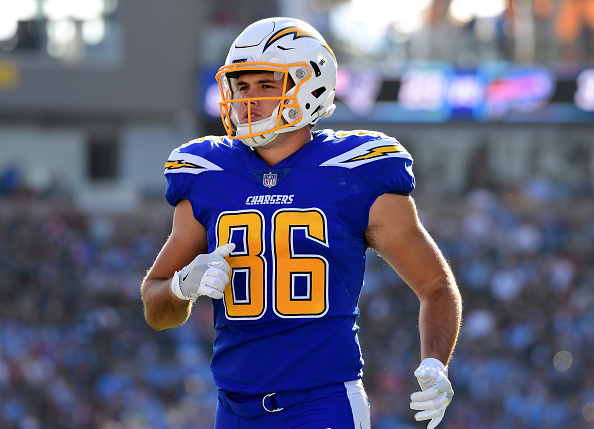 Jets wide receiver Quincy Enunwa ’s season is officially over due to a neck injury.  This could mean the end of his career as he also missed the entire 2017 season with a neck injury as well.  Enunwa was expected to be a big part of the Jets offense, but now newly acquired Demaryius Thomas has replaced him.  Enunwa had one catch for -4 yards and also lost a fumble last week against Buffalo in what could be his final game.  He should be dropped in all league formats.

The injury bug has bitten the Chargers severely since training camp began.  Tight end Hunter Henry suffered a tibia plateau fracture to his left knee and will likely miss up to six weeks.  This is a devastating loss for the Chargers who were without Henry all of last year after he tore his ACL.  Henry did come back to play in the Chargers playoff game against New England, so losing him again is a big blow to the offense that is already without Melvin Gordon .  The good news is that he will be back this season but fantasy GMs need to be very cautious with him as this is now the second serious leg injury he has sustained in the past year.  This injury could mean that the Chargers will consider reuniting with Antonio Gates for another season.

Bears tight end Trey Burton has been a constant on the injury report since training camp began.  He did not play last week against Green Bay and is still limited in practice this week with a groin injury.  However, the chances of him playing in Week 2 seem to be improving and this would be welcome news for Mitchell Trubisky and a Chicago offense that was overwhelmed by the Packers on Opening Night.  Burton is coming off a season in which he had 54 receptions for 569 yards and six touchdowns, but for now he is merely a TE2 option due to the myriad of injuries he has had and all the time he has missed.

The Giants had an abysmal showing against the Cowboys last week with a full roster of wide receivers.  Now they are heading into Week 2 against the Bills possibly without two of their top options.  Sterling Shepard has been in the league’s concussion protocol all week and remained sidelined on Thursday.  At this point, it seems highly unlikely that Shepard will take the field which means that Evan Engram will be the focus of the Giants’ passing game.  Look for Saquon Barkley also to see a significant amount of targets out of the backfield as Eli Manning will have to navigate an offense with a variety of unestablished wide receivers.

Fantasy GMs have likely already given up on Jordan Reed after years and years of constant injuries.  He already missed last week with his seventh confirmed concussion but reports out of Washington indicate that Reed could indeed play this coming Sunday.  He practiced in a limited capacity on Thursday so he is certainly trending in the right direction.  Reed is nothing more than a TE2 option right now until he proves he can actually stay on the field on a weekly basis.  Do not hold your breath on that.

With Sterling Shepard unlikely to play this week against the Bills, the door was left wide open for Cody Latimer to establish himself as the Giants primary wide receiver target after being targeted eight times and catching three passes for 74 yards during last week’s blowout loss to Dallas.  Unfortunately, Latimer missed practice on Thursday with a calf injury and his status for Week 2 could now be in jeopardy.  This appears to be a new injury sustained at practice because there was no indication about it before Thursday.  The Giants passing game will focus heavily on Evan Engram and Saquon Barkley if Latimer is unable to play.