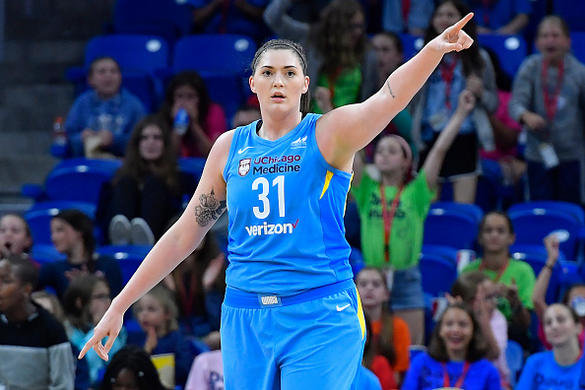 One of the things I love about playing WNBA DFS is that I can still be surprised by a player or by a slate. When I did my research for Sunday’s slate, I was surprised at how many players felt like better cash game plays than GPP plays. Usually, I feel like I can get a pretty good balance of both, and if anything, I find more players who I like but are risky. I play the Optimal Lineups every day, and on those days that I play additional lineup, they are almost always GPP lineups. I have created four lineups (so far) on top of the optimal lineups, and while I’m probably going to enter them in a tournament, they all feel more like cash lineups.

Sometimes you just get a slate that feels more conducive to cash games, but I think there are three factors that make Sunday feel especially good for cash games:

Other than Stefanie Dolson returning Friday, not a whole lot has changed in the last week. A lot of the best GPP plays come when a good player returns from injury—like Dolson—or when a good player goes down and opens up an opportunity for one or more of her teammates. That hasn’t really happened this week, assuming Moriah Jefferson remains out.

The Washington Mystics have the day off, but there are plenty of other teams to target who are giving up a ton of points. In a smaller slate, you may have to take some more risks, but there is value to be had simply by taking safe players facing the Sky, Aces or Fever.

Minnesota is on a three-game winning streak, and while that team was largely unplayable for fantasy a couple of weeks ago, they now have four players who feel super safe. Three of them play prominently in my cash lineups this week.

With that in mind, there are some players going Friday with GPP upside, they may just be a bit harder to find.