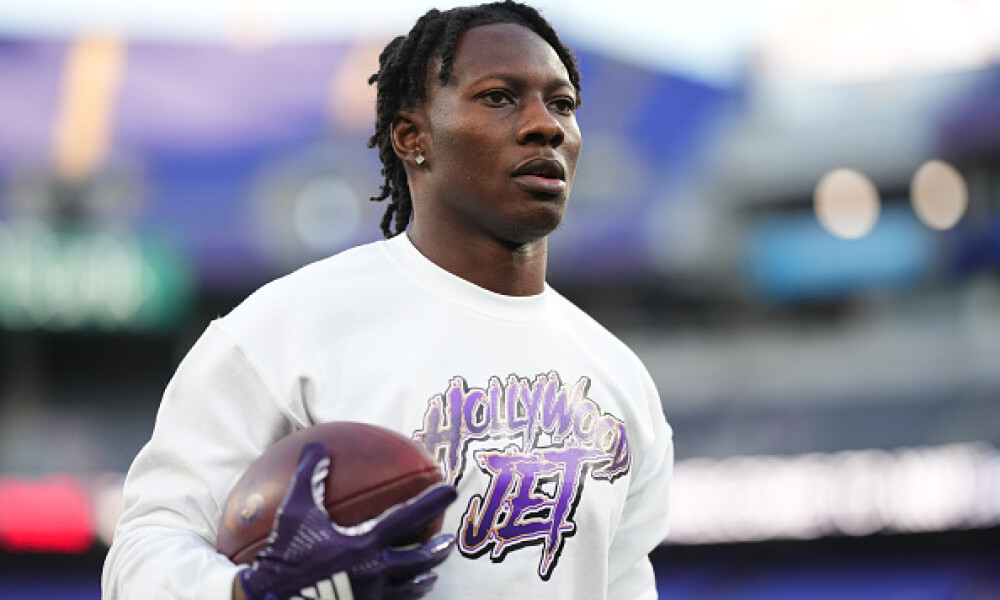 On Wednesday morning, Arizona Cardinals wide receiver Marquise “Hollywood” Brown was arrested on criminal speeding charges. Brown had been sitting out practice this past week while recovering from a hamstring injury, but he was activated off the non-football injury list on Tuesday and expected back soon. The Cardinals’ offseason acquisition was not present at Wednesday’s practice that was open to the media. Criminal speeding charges in the state of Arizona are a misdemeanor offense, so we’ll see if Brown is suspended or disciplined at all by the NFL. This obviously isn’t a good look for the former Baltimore Ravens wideout, though. Brown has already missed precious offseason practice time due to his injury to get familiar with Kyler Murray and the Cardinals offense, and now this happens.

We knew it was possible, and even likely, that the NFL would seek a harsher punishment for Deshaun Watson than the original six-game suspension handed down on Monday. Two days after the ruling of disciplinary officer Judge Sue L. Robinson, the league has appealed the ruling. So, the Watson saga continues and it remains to be seen how many games he’ll miss this season. There’s still a real possibility that the Cleveland Browns QB will be suspended for the entire 2022-23 season, which the NFL recommended to Robinson previously.

ESPN’s Jeff Darlington reported that the league is specifically appealing for an indefinite suspension that would be a minimum of one year, plus additional fines. Then there’s a good chance the NFLPA sues the NFL in federal court if a one-year suspension does happen. Unfortunately, we’re still in wait-and-see mode to see if Watson misses six or 17 games this year and when that suspension would actually start. NFL commissioner Roger Goodell will determine who will hear the league’s appeal and, believe it or not, he has the option to choose himself. NFL Network’s Tom Pelissero has more information on the whole appeal process and what to expect next:

In other Cleveland Browns news, Amari Cooper was back at practice on Wednesday despite his recent ankle issue. Cooper hurt his ankle during Monday’s practice and sat out on Tuesday, but it’s clearly not a serious injury for the wide receiver. Hopefully this was just a rolled ankle and doesn’t linger throughout camp. Videos showed the former Dallas Cowboys wideout looking pretty healthy running routes at yesterday’s practice.

In Tuesday’s Training Camp report, we mentioned Van Jefferson and the plan for a minor knee surgery. Well, we already have good news following the procedure. The Athletic’s Jourdan Rodrique reports that Jefferson’s surgery went “great” and that “it’s realistic to believe” he’ll be ready for Week 1. This is encouraging news for those who have previously drafted the Los Angeles Rams wide receiver. We’ll have to monitor and see if Jefferson truly does suit up for that September 8th opener.

Either way, this isn’t a great sign for Montgomery being the clear-cut lead back in Chicago this season. The Bears have a new coaching staff that may not be completely tied to a guy who’s slated to be a free agent next year. Plus, Khalil Herbert presents real competition for Montgomery and could end up splitting offensive snaps in the backfield. Montgomery practicing on special teams could ultimately mean nothing, but it’s still a weird development to monitor – especially when it involves a guy who’s currently being drafted in the fourth or fifth round in 12-team leagues.

The biggest roadblock to a Jimmy Garoppolo trade has been his shoulder injury. The current San Francisco 49ers quarterback would be on a new team by now if he wasn’t recovering from an offseason surgery on his throwing shoulder. 49ers GM John Lynch told reporters on Wednesday that Garoppolo is now cleared to practice without restrictions. He’s been working separately from the team and throwing off to the side during training camp, which may not change despite this encouraging news. However, we could see the trade market for Jimmy G heat back up now that he's cleared to practice – especially if there’s any QB injury during training camp or preseason.

After falling awkwardly on Tuesday and leaving practice with a hip injury, Skyy Moore was back out there on Wednesday. Thankfully, the hip issue doesn’t seem serious for Kansas City’s second-round pick and fantasy football managers can all breathe a collective sigh of relief. The Chiefs rookie wideout has gotten plenty of preseason buzz as a likely candidate to help replace Tyreek Hill’s production in the offense – and practice time is crucial to build chemistry with Patrick Mahomes.

How about another Chiefs rookie in the news? This time it’s seventh-round running back Isiah Pacheco, who’s been making plays in camp with both local beat reporters and national media raving. The MMQB’s Albert Breer said Pacheco is “lighting up camp” and even compared him to Kareem Hunt. The former Rutgers standout runs a 4.37 40-yard dash and will be the team’s lead kick returner in preseason. Pacheco’s also actually seen first-team reps with the Chiefs offense in practice this week  Though Clyde Edwards-Helaire and Ronald Jones are still 1-2 in the Kansas City backfield, Pacheco could move ahead of Jerick McKinnon on the depth chart and make an impact in the Chiefs offense at some point this year. Head coach Andy Reid sang Pacheco’s praises yesterday as well. Interestingly enough, the guy is rocking Tyreek Hill’s old number.