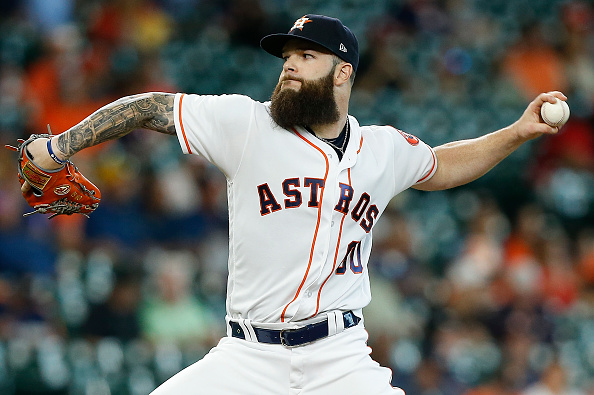 There are 36 starting pitchers scheduled to toe the rubber twice during Week Fourteen, and for a nice variation, the bottom tier has the least number of residents of the three groups below. There are 14 starting pitchers in the middle tier this scoring period, which are discussed in more detail a few paragraphs and a couple of tables lower. Just be advised, not all the middle tier pitchers are of the stature that you will want to use them blindly in both their trips to the hill in the upcoming week.

These are, as always, the starting pitchers that you should be glad you were able to draft or acquire this season. The only member of this group who would usually give pause as a two-start option is Keuchel, but he has a pair of great matchups this week in the form of the Rangers and White Sox as opponents (two great sources for strikeouts), although the first game is in Texas in what will likely be hot conditions that are better for hitters than pitchers.

Milwaukee teammates, Guerra and Suter, each get the call to step on the mound in Week Fourteen twice. Guerra is the better option if you are searching for strikeouts (8.71 K/9 in 15 starts), while Suter demonstrates much better control (1.83 BB/9 over 88.1 innings pitched). Both pitchers have two home games this coming week, which plays in their favor and lands them atop the middle tier.

LeBlanc’s ratio stats make him look a lot more desirable as a pitcher (3.38 ERA and 1.21 WHIP over 16 appearances including 11 starts) than his uninspiring 3-0 record and 7.00 K/9 would typically prompt. He has a pair of home starts in Week Fourteen, and that circumstance of itself adds to his allure as a fantasy asset. He may not be exciting, but steady and dependable is beneficial at times, as well.

Sanchez has rediscovered how to get hitters out and has become a valuable member of the surging Braves team in 2018. He is missing a fair number of bats with his 8.43 K/9 rate, although it is over just 47.0 innings pitched. His metrics also hint that a negative regression could be in his future, as his BABIP is sitting at .247 and he is stranding 82.2% of runners, both of which are unsustainable. Plus, his FIP lies at 4.14 as opposed to his attractive (but likely temporary) 2.68 ERA over his limited nine appearances (eight starts). With two road starts against tough opponents in Week Fourteen, a correction could be in the offing. 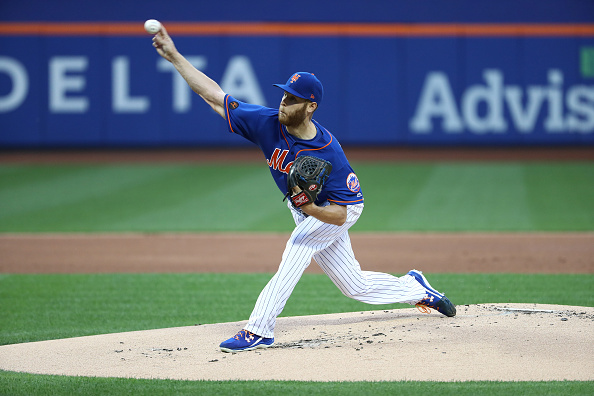 Wheeler has tossed four quality starts in his last six trips to the mound, but also pitches for the offensively-challenged Mets, so the potential for victory is slim. He is pitching deeper into games than many starters do these days, which helps add to his utility in leagues that reward for QS as opposed to actual wins. He is a good strikeout artist with an appealing 8.73 K/9 rate in 15 starts on the season, but his lack of control (3.25 BB/9 over 88.2 IP in 2018 thus far) has led to an inflated 1.33 WHIP. His matchups are not daunting, though, and he can provide a good stat line despite his team’s ineptitude.

Estrada has strung together a fine string of four quality starts before lasting just five innings against the Astros in his last outing, a non-decision where he managed just a single strikeout. Overall, he is a below average strikeout producer (6.95 K/9 in 89.1 IP), but he is favored with two home starts in the coming scoring period, which bodes well for additional positive appearances in Week Fourteen.

Fulmer may be the ace of the Detroit staff, but he does not put up the stats to anchor any fantasy owner’s rotation. Despite a mid-90 MPH fastball, he posts mediocre K numbers (7.63 K/9 over 94.1 IP) and his control is weak as well (2.86 BB/9 in his 16 starts). His personal home/road splits are fairly even, but the Tigers are a much better team at Comerica Park, so bank on his second start in Detroit against the visiting Rangers if you plan on employing his services this coming week.

Martinez lasted six innings in his most recent start, a two-earned run quality start, a favorable development since he had been leaving games early on since he came back from the DL early in June. The strikeouts his owners banked on have been evident (9.04 K/9) but his control has been terrible (an ugly 5.33 BB/9 on the season). He is on the road against Arizona and the Giants, not exactly auspicious circumstances for continued success, as both those opponents are having success when dining on home cooking.

Heaney is still sporting a sub-4.00 ERA (3.95) despite getting banged around by the Red Sox in his most recent time on the bump, yielding six earned runs in 3.1 IP with three homers allowed to boot. He has struggled on the road this season, so his second start at home is where you want to consider slipping him into your lineup. Despite a good strikeout rate (8.34 K/9 over 82.0 IP), neither of his Week Fourteen opponents are known for being free-swingers at the plate, so that also tempers his value despite the pair of starts.

Gibson had been pitching well, at least until he yielded 11 hits to the White Sox over seven innings in his last outing, where he also gave up five earned runs while taking the loss. Overall, he has proven to be an effective hurler, with a 3.48 ERA and 1.24 WHIP in his 95.2 IP this season to date. He has been a better road pitcher in 2018, so taking on the Brew Crew on the road in his first start of the week is not scary, and then the Orioles come to town for his second appearance on the mound in Week Fourteen, certainly not a frightening prospect, either.

Roark had been victimized by the long ball recently, at least until he kept the ball in the yard in Philly of all venues during his most recent start. He has a couple of home starts this coming week, but that has not exactly been his forte this season, pitching more like a road warrior over his 16 starts. He is an average strikeout producer (7.66 K/9 over 98.2 IP), and if he cannot avoid the dingers, he is tough to trust no matter where he is toeing the rubber.

Freeland gets the Giants at home, and he held that same team to no runs over seven four-hit innings in his most recent start, in the Giant’s home park where they are tough to beat. He is successful at keeping the ball in the park by generating groundballs (1.72 GB/FB ratio over 98.1 IP), although he is a below-average strikeout option with a 7.41 K/9 rate over the course of 2018. His second start in Seattle is not necessarily a good matchup though, so do not rush to put him in your lineup next Sunday.

Fiers has not pitched poorly by any stretch of the imagination as a member of the Detroit rotation, but nothing jumps out about his game except for his excellent control (2.02 BB/9 over 84.2 IP). He is a below average strikeout producer, and only has three quality starts in his 11 appearances since the beginning of May. A home start at the end of the week against Texas looks like his best opportunity to provide his owners with fantasy value.

Bibens-Dirkx wraps up the middle tier and has a pair of tougher matchups with Houston coming to town to open his week, and then having to travel to Detroit for a Sunday tilt against a Tigers team that plays much better at home. He relies on his control and not giving up dingers to be successful, tossing a sub-90 MPH fastball as his primary offering to opposing hitters. He should only be utilized if you are desperate for innings in the scoring period.

These are the pitchers it is generally recommended that you avoid inserting into your rotations, despite (or perhaps because of) their two-start status in the coming week. It is difficult to lay off a Yankee starter, of course, but German has run hot and cold since joining the New York rotation, and has to take on the division-leading Braves, albeit at home, and then head to Toronto where the Blue Jays play .500 ball. Eovaldi has a pair of good matchups, so he could be useful if you need innings, but his home/road splits are not favorable with two away games in Week Fourteen. Just do yourself a favor and avoid these pitchers or risk damaging your fantasy production through injudicious rotation decisions.