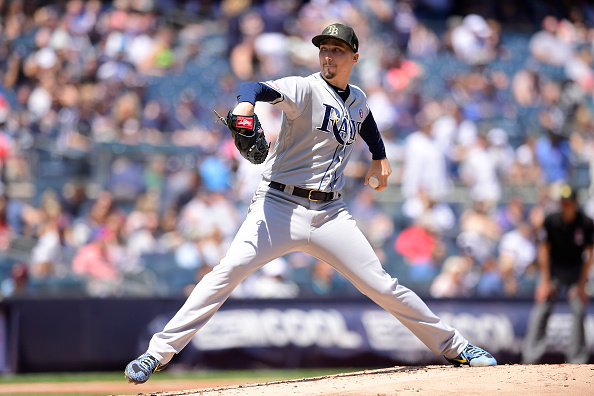 This week’s slate of Two-Start Pitchers features 11 in each of the top two tiers, with an abundant 15 in the bottom tier. Not all the middle tier options look great for both their starts and one or possibly more of the bottom tier SPs have some streaming potential to provide.

The final three denizens in this tier are not of the “wind them up and let them go” in this scoring period. Both Castillo and Syndergaard have been allowing too many runners to round all the bases and tap home during their time on the hill, and Bumgarner has a pair of potentially poor matchups (assuming that Syndergaard rights his ship in Week Eleven). MadBum is arguably pitching to audition for his landing spot if (when?) he is traded later this season, so expect him to continue to put up useful pitching numbers for his fantasy owners going forward, though. The remaining eight SPs in this group should be started regardless of venue or opponent, however, and their owners can continue to reap the results of their wise draft day decisions.

Miley leads off the middle tier, and certainly, pitching for the Astros is a major factor in his status. Of course, his recent ability to miss a significant number of bats with his pitches should continue against the Mariners and to a lesser extent, the Orioles (he has flashed an 11.8 K/9 over his past two appearances). Look for his control to continue to be effective (2.1 BB/9 through his 69.1 IP thus far this season). 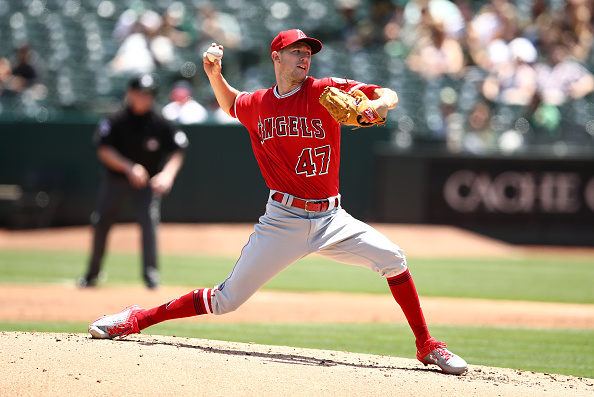 Canning has settled in the Angel rotation, pitching well for three consecutive starts, with two quality starts (QS) sandwiching a fine five-inning/three-hit effort against the visiting Rangers. He is a good source of Ks with a 9.5 K/9 rate over his six starts. Beware, though, as his peripherals indicate a negative regression in his future (4.38 FIP vs 3.06 ERA, 89% strand rate and .203 BABIP). Week Eleven arrives with two home starts against division foes, though, so fingers crossed that his success continues for the moment.

Ray continues to pitch with success, despite horrific walk numbers: 5.0 BB/9 over 62.2 IP and his WHIP demonstrates that he allows too many baserunners, sitting at 1.44 currently. He gets to take on the Dodgers at home, where he has reversed the splits evidenced the past two seasons and pitched marginally better than on the road. Heading to Toronto to wrap up the week is not at all frightening, either.

Montas, prior to his most recent outing, had been working on a four-game consecutive QS streak, posting a 1.69 ERA and 0.94 WHIP together with a superb 10.5 K/9 rate. His peripherals indicate that this is no fluke production, either, and that he has not been the recipient of unanticipated “luck.” He has a pair of good matchups in the scoring period on tap, albeit on the road, facing the Angels and Rangers in their respective home parks.

Paddack has been everything the Padres could have asked for so far, racking up the strikeouts and demonstrating great control: 9.9 K/9, 1.9 BB/9 over 10 starts comprising 56.1 IP. He has two home starts in Week Eleven, a definite plus in the asset column given his home/road splits so far this year. There is talk that batters will figure the 23-year old righty out sometime this season, but for right now, he has been well worth the speculation if you took him to round out your fantasy rotation in March drafts, or were able to snag him off the wire.

Lauer has tossed the baseball well over an excellent three-game streak, driving his ERA down to a much more palatable 4.42 after seeing it balloon to a season-high 5.75 after allowing eight earned runs to the Rockies at Coors Field on May 10th. He allowed just four opponents to touch home in those games (allowing just an earned run per contest) while not allowing one free pass over those 18.0 IP. As with his rotation-mate Paddack, he has two home contests on the horizon for Week 11 and has been dramatically better at Petco than elsewhere this season. 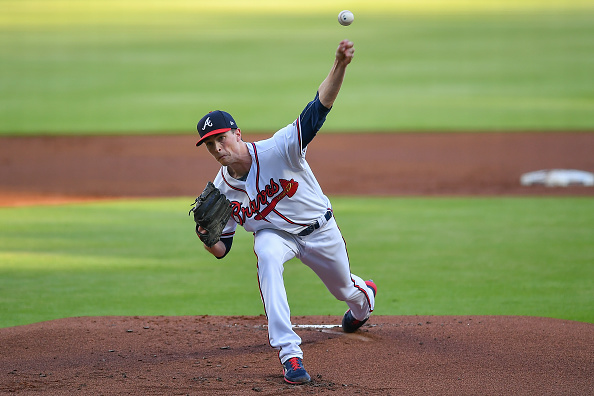 Fried, unlike the two San Diego hurlers, has a couple of travel games on the schedule this coming week, and that pushes his value down slightly as a two-start option in the scoring period. The 25-year old southpaw is an average strikeout producer on the bump, but does possess good control (2.3 BB/9 through his 13 appearances in 2019, 11 of those starts), and is extremely effective at getting opposing hitters to drive the ball into the ground (2.54 GB/FB ratio through 62.0 IP this season), playing well into his ability to keep the ball in the yard (1.0 HR/9).

Junis has the misfortune to pitch for a less than intimidating offense, which limits his chances to pick up victories, though to be thorough, he has yielded four or five earned runs in each of his five losses on the year. He has racked up better than a strikeout per inning over his most recent trio of starts, although he has also relinquished four crash-bombs in those contests, as well. He has been less than spectacular at Kauffman Stadium this year, where he plies his trade in both his Week 11 trips to the hill and does not have the best matchups with Boston and then the surging White Sox coming to KC.

Mengden’s most recent appearance came as a bulk reliever, taking over for Liam Hendriks who opened the game but is scheduled to start both his games this coming week. He has only four appearances with the A’s this season, having been optioned to Triple-A Las Vegas during spring training, but has pitched fairly well in limited MLB action to date, posting a 3.05 ERA over 20.2 IP. On the other hand, he has walked far too many opponents, with 14 free passes taking place in his four games in the majors in 2019, resulting in unattractive ratios of 1.50 WHIP and 1.36 K/BB. On the third hand, he has yet to allow a dinger this season and has a pair of encouraging road matchups against the Angels and Rangers.

Bundy has pitched better than his record would indicate over the past five times toeing the rubber (2-2), contributing a desirable 2.64 ERA and 0.98 WHIP through those 30.2 IP. His best matchup is against the Rangers in Arlington to open the week, and when he takes on the Astros in Houston, discretion suggests not relying on the Number One starter for the Orioles for your fantasy efforts.

Lopez squeaks in as the final resident of the middle tier, although in his case, you might want to avoid utilizing his skills in his first start on the road against the Brewers, and instead consider inserting the Miami youngster into your lineup when he takes to the mound at home in Marlins Park against the visiting Braves on the second Sunday in June. He relies on good control and command and a good home park to provide the intermittent effective start for fantasy owners.

As noted in the opening paragraph above, there are a couple of streaming options in this bottom tier to ponder, especially if you need innings due to your league requirements. Davies at home against the Marlins early in the week, Smyly at home to take on the Orioles on Tuesday and possibly Perez at Comerica Park to wrap up the week, carry some potential for fantasy goodness. Other than those, though, you would do well to avoid these arms in setting up your Week Eleven rotations, unless you enjoy having your counting and ratio stats fluctuate negatively.