Justin Mason discusses the pros and cons to punting categories as a viable strategy in your 2018 fantasy baseball drafts and how to do it right, if you so choose. 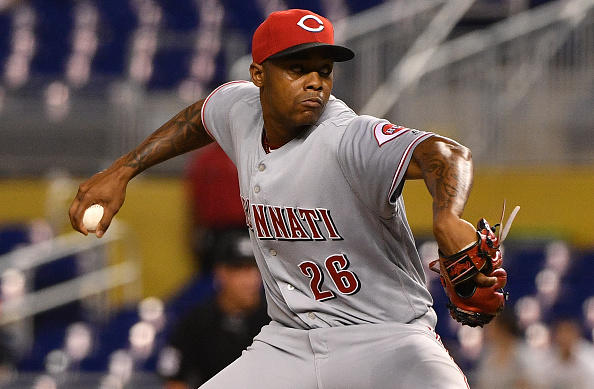 When playing fantasy baseball, it is all about value. However, when you punt a category, you flip the script. The premise is simple: if you ignore one category during your draft and auction you can load up on the others. So, instead of attempting to finish third in ten categories, you are looking to get second in nine and the one point for last in the punted category. The strategy allows you to load up in the other categories without chasing another statistic. Obviously, this is a strategy that has a bit more risk as you really need to nail the other categories, but if implemented properly, punting can be a winning strategy that allows you to simplify your draft targets by eliminating one (or more) of the categories from your equations.

In a traditional rotisserie or head-to-head categories league, most people look to build a balanced roster. You tend to spread auction money and draft picks on different types of players to make sure you acquire enough of each of the category’s statistics to be competitive in every category. For instance, let’s say in your average 12-team 5x5 league the winner (on average) usually accumulates 100 total roto points. This would mean that in order to win, you would be targeting third place in each of the ten categories, if you employed a balanced approach.

We all know the variance in saves from year-to-year. Closers are the most volatile position in fantasy baseball. It is estimated that in any given year about 40% of opening day closers lose their jobs. Punting saves in a draft allows you to put money in other places in your pitching staff and in your offense. You also should still draft relievers because they can fall into closing roles and help keep your ERA and WHIP down. Saves usually become available in every league. Whether it is because of guys losing jobs or because there is always that one guy in every league that drafts too many closers, saves are usually easy to acquire after the draft. 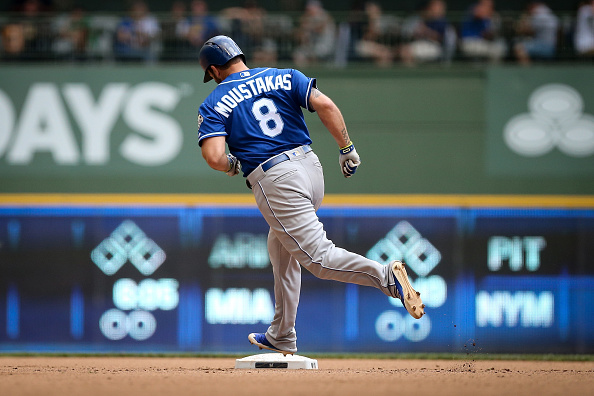 2018 saw the fewest stolen bases in Major League Baseball since 1994. Combine that with the fact it coincided with the fourth largest home run totals during that span and now we have a huge discrepancy in how stolen bases are valued in fantasy baseball. With prices rising, it may be more cost effective to punt saves than chase them. Punting stolen bases allows you to put those big dollars you would have used into players that can help you dominate other categories. If needed, the lack of stolen bases into today’s game can allow you a chance to catch up by acquiring extreme speedsters via trade later on.

Just like saves, average has a ton of variance from year-to-year. Guys who routinely have a certain average vary from one season to the next. For instance, Mike Moustakas ’ averages the last five years have been: .212, .284, .240, .272, .251. Good luck trying to project his average for this year correctly. This strategy takes that variance out of the equation. In this process you devalue batting average. The plan is not to finish last, but stack up on the other categories while hopefully allowing the variance in average to place you somewhere in the middle third of that category. However, punting on base percentage, while it can be done, is a riskier proposition. It can be harder to compete in runs and sometimes stolen bases when you punt OBP. Typically when you punt average, you look for those low average, but high OBP guys (i.e. Chris Davis , Steven Souza) to make sure you are getting guys who can get on base so that way they have the ability to score some runs in spite of the lower averages.

Wins is my least favorite category to punt that I will actually do. While wins are fluky, they can be a hard category to make up for without hurting your ratio categories. For the most part I don’t really project out wins to begin with and devalue them in my rankings and dollar values. It can be done, but I believe it to be the riskiest of the four most commonly punted categories to pull off.

Now for the truly risky and a bit insane, here are a couple of versions that can be fun to employ, involve a ton of skill, but can be difficult to pull off:

The idea is simple. Punt two categories that have no correlation (i.e. Batting Average and Saves.) This allows you to really stock up in the other categories and either giving you the opportunity later trade for them or allow the variance of ratios to work themselves out hopefully in a favorable way. While I have used this strategy with success in a few different formats, it is hard to employ. I reserve it most for H2H leagues or in mono keeper leagues where the majority of established closers will be kept by others.

This plan is a variation of The Double Punt, but it calls to punt two linked categories traditionally home runs and RBIs, ERA and WHIP, or even stolen bases and Average. In all of these approaches you would really have to nail the other eight categories and even if you do, it may not be enough to outright win your league. Any missteps or major injuries would destroy your season, thus this strategy is too risky for me.

Now these strategies all add a degree of difficulty to your draft or auction, but don’t forget they can throw off your opponents. A good fantasy player tracks what their opposition still needs and how much they are likely to spend on any given category or position. So, by punting something, you throw off their values. For example, if an owner in a 12-team league thinks, on average, each opponent is going to spend around $78 (30% of a $260 budget) on pitching and $25 of that on closers for a total of $103 of $260 for the entire pitching part of the auction, and you can move that $25 somewhere else, then it reduces what the value for each closer should have been and increases the value of where that money ends up without the other owners knowing that it is happening. This gives you a strategic advantage.

G. Cabrera - RP
STL
Genesis Cabrera (COVID-19) is likely to be activated ahead of Friday's series opener against the Cubs.
Cabrera tested positive for COVID-19 at the beginning of summer camp, but he's in better shape now than a number of pitchers on the Cardinals' roster following a team outbreak of the virus in the second week of the 2020 regular season. The 23-year-old left-hander figures to work in relief for St. Louis, though he could be tried as a starter at some point this summer. Alex Reyes (COVID-19) is also due to be activated Friday.
Added 8:16 am (EST)
Added 8:16 am (EST)

H. Robles - RP
LAA1
Angels manager Joe Maddon confirmed late Tuesday night that the team is shifting into a closer-by-committee approach.
Maddon made that announcement after Ty Buttrey, not Hansel Robles, was used to close out Tuesday's 5-3 victory over the Mariners. Robles pitched to a 2.48 ERA and 75/16 K/BB ratio in 72 2/3 innings last season while earning 23 saves, but he's been hammered for 10 runs -- nine earned -- in just 3 2/3 innings so far in 2020. Buttrey is the best immediate add off the waiver wire, but Keynan Middleton and Felix Pena could also get looks. Cam Bedrosian hit the injured list before Tuesday's game due to a right adductor strain.
Added 7:45 am (EST)
Added 7:45 am (EST)