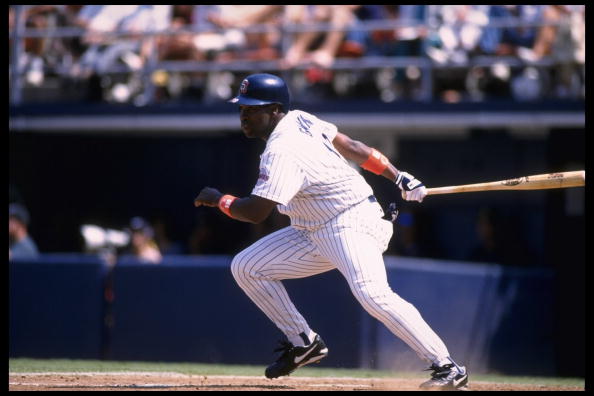 After procuring some toilet paper and washing my hands, the suspension of most sporting events provides a moment of respite. Cranking out player profiles, watching spring training games to discern position battles and preparing for drafts can be daunting. So can a retreat from it. A retreat can be viewed as falling back, a way to reassess how to attack and plan to move forward once again with a better plan. Perhaps there can be a positive to this pandemic, other than our country coming together to combat its spread.

But, how does one prepare without a timeframe? Armed with a living draft guide, Fantasy Alarm can help due to the ability to update on the fly. Although player profiles exist on the site, the projections and outlooks can be adjusted once there’s a start date announced but with contingency plans if there’s a setback. First, the plan. Following a theme discussed in a tremendous article titled - “The Three Modes of Self - And Which Is Most Powerful” by Zat Rana, fantasy players need to drift, to strengthen and to flow.

In the first part labeled the drifting of chaos, basically where society exists right now. Trying to sift through the pertinent situation at hand demands flexibility. Once things progress, the strength of order takes over with a plan at hand to move forward but it’s more black-and-white rather than gray. This applies to when the season will be on track to start with an actual date and new schedule. Imagine this, once again a schedule of normalcy which many crave. Most important, the flowing movement. Being able to handle change. One cannot fight it, but remain fluid in handling it to take advantage of the situation at hand. A quote from the article which seems prescient:

“A good traveler has not fixed plans and is not intent upon arriving. A good artist lets his intuition lead him wherever it wants. A good scientist has freed himself of concepts and keeps his mind open to what is.”

If indeed it’s a month until baseball plays a game which matters, it’s time to be fluid in preparation. From one of the co-founders of the NFBC:

Not at the scheduled times. Guys, everything has to move closer to the start of the season. We can’t be drafting big money leagues a month out. We need MLB to give us a realistic start date and then we can work with everyone to try to salvage as many leagues as possible. https://t.co/SXeLXjaABl

In an effort to determine how this could affect player valuation, there’s going to be layers involved. For instance, the last time a season started late occurred in 1995 following a work stoppage. Opening Day took place on April 25th for a 144-game season in this year. Perhaps this could be a template for 2020. There’s no guarantee, but it remains in the offing. It would mean adjusting the schedule as presently constructed and for baseball itself to be fluid and fantasy owners alike. Since the rules of fantasy baseball rarely adapt to incorporate the changing landscape of the game, this requires some careful consideration.

When looking at the leaders across the traditional rotisserie categories from 1995’s 144-game season, keep in mind the brand of baseball then compared to now. One cannot account for the difference in baseballs being juiced or with higher seams, or how rotations evolved then compared to now. But, it’s a foundationational starting point. For instance, 144 games compared to 162 on the surface translates to players reaching about 88.8 percent of their present projections. This will not be applicable across the board, but the crazy eights seems appropriate. Weather and any sort of setback of the pandemic could take this numbers off the rails as well along with injuries, which will happen going forward.

But first, a retreat to a simpler time when games started late in 1995. Greg Maddux baffled hitters with his ability to weave pitches in and out of the strike zone. Mariano Rivera struggled to stick in the Yankees rotation moving him to a relief role in 1996 when he worked as the “effector” before John Wetteland closed out games during a championship run. A shift which resulted in the only unanimous choice for the Hall of Fame. Craig Biggio batted atop the Astros order, Dante Bichette hit bombs in Coors Field and Vlad Guerrero played 110 games at High-A. Their sons all slated to start this season’s Opening Day in Toronto. And, Tony Gwynn lined shots to all fields on his way to leading the majors in hitting.

Taken with a grain of salt, here’s the hitting leaders from 1995 by category, starting with the hitters:

For a reference point, Craig Biggio amassed the most plate appearances with 673 followed by Chad Curtis (670), Brady Anderson (657), Otis Nixon (656) and Bernie Williams (648). Hitting in the heart of the order will be very important in a normal season to accrue counting statistics, but even more pivotal in a truncated season. There were 4,081 home runs hit in 1995 with 2,932 stolen bases. My how things change. League average for a hitter resulted in a 9.1 walk percentage with a 16.2 strikeout rate, a .267/.338/.417 slash and .150 isolated power.

As for the pitching results, prepare for your mind to be blown and remember how terrific Greg Maddux fared in the early days of fantasy baseball.

In terms of league average statistics, starters average nearly six innings per start compared in 1995 as opposed to only a 5.1 inning average outing in 2019. But, the 4.53 starter ERA actually finished slightly above last year’s 4.51 average ERA. Seeing the WHIP from starters in 1995 at 1.41 as league average for starting pitching only reinforces how far ahead of his peer Maddux finished as the only one below one for the season. In 2019, the average starter notched a 1.32 WHIP with innings and match-ups managed more optimally. A stark contrast in strikeout percentage with 1995 starters league average rate of 15.4 percent much lower than last season’s 22.3 percent. Walks remained steady with an 8.5 walk percent as league average in 1995 and 7.7 percent last year. Wins always seem too volatile to predict, but the saves totals seem high until noting the total number in 1995 (1006) probably does not pace out to last year’s 1,180 total saves.

It’s fun to take a trip down memory lane, but what will it mean? Before delving into any of it, David Cone led 1995 in innings pitched with 229.1 with Mike Mussina second at 221.2, Jack McDowell third with 217.2 and Randy Johnson fourth with 213.1 innings. Most teams used a five man rotation, but some like the Royals used a four-man rotation with three pitchers making 30 or more starts and two other splitting 27 between them. Can 1995 teach us anything about 2020, not really other than projecting potential innings or plate appearances given a 144 game season. Especially without a formal announcement from major league baseball.

During the next two weeks, player profiles will continue to roll out but with some adjustments. Not only will the projection systems be used as a guide, so will accounting for the losing at least 10-to-12 percent of production of games lost due to a late start. I will also go back and adjust profiles already live on the site once news emerges.

Then there’s trying to figure out how injured players like Justin Verlander will be viewed. If he only misses three starts, suddenly he’s a value in drafts this weekend at his reduced price point. With so many variables in the air, it makes sense to postpone live drafts or auctions until a date gets put in place by baseball. Until then, Giancarlo Stanton , Aaron Judge , Chris Sale (still think surgery looms), Max Scherzer and more. With assurance to our subscribers, due diligence will be taken with our services once the dust settles. Right now, retreat, reassess and dive deeper into the data or take a nice break. Life comes at us fast, so be fluid:

“A fluid self - liquid in its form like water - is strong because it can take on any shape necessary. It is calm but potent. It is strong but unreactive. It doesn’t force itself onto the world. It merely fits the container as is.”

In 1995, 20 pitchers logged at least 200 innings pitched. Only three finished with more than 200 strikeouts and seven with at least 185, but it proved to be a different time as the numbers above confirm. Like last year, only one reliever recorded at least 40 saves in 1995 but 12 with 30-to-39 and 10 more with 20-to-29. As for the offense, 13 players scored 100 or more runs, three on the Angels who missed the playoffs but won 78 games losing the division by one and a playoff spot to the Yankees by the same number for the first Wild Card. Only Albert Belle hit 50 home runs with three others hitting 40 but 16 launched between 30-to-39 while 19 batters drove in at least 100.

Due to all the circumspect regarding the season, using Rick Wolf and Glenn Colton’s SMART system could be of the utmost importance. Focus on winning teams, players hitting in the heart of the lineup and avoid injuries to the best of your ability. It’s going to be a tumultuous time until the dust settles. Myself, starting on Sunday more profiles will be submitted with deference to a reduction in playing time included in the projections. When official word hits, the rest will be updated to reflect any potential changes. If drafting this weekend, hit your marks but note the 12-team numbers to try and meet as a baseline noting a slight dip in home runs with all the spring reports of baseballs with a higher seam:

For now, plan accordingly, adjust when necessary and be kind to each other out there. Perhaps this pandemic will bring us closer together. Until then, I will be watching games on the MLB app trying to assess potential breakouts and continue the coverage until more information becomes available. And thank you for all the support. Baseball may not be a marathon this year, more like a four by 400 relay, so strap on the bandaids and get ready for some turbulence, but we will overcome. I hope you enjoy this trip through nostalgia from the 1995 season as much as I did, until Ken Griffey Jr. slid into home dashing the Yankees first playoff appearance in the 1990’s.