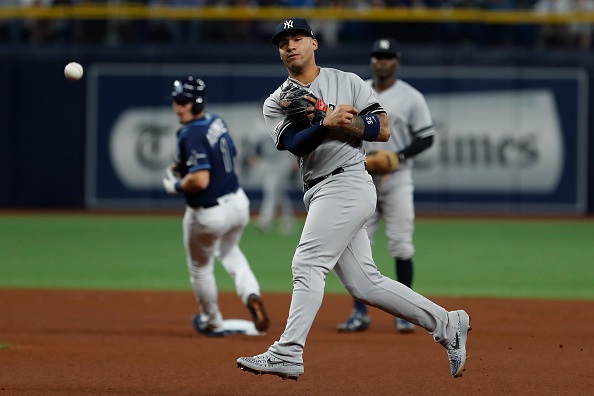 In an effort to recap players with fantasy interest on each team, along with an eye on their future, Fantasy Alarm will cover each division in the Wraparound with fantasy tidbits on players from each team along with some to track as sleepers as 2020 preparation begins. Starting with this column on the American League East.

Bad teams can provide fantasy goodness to owners. However, Baltimore’s pitching enhanced much of its divisional rivals' surge in offense, especially Gleyber Torres who feasted on O's pitching all year. Dylan Bundy did not turn the corner and most Orioles starters seem to benefit after leaving the organization, except for Andrew Cashner who cratered in Boston. On offense, some bright spots emerged along with a rebound by Trey Mancini . So there’s some hope, but this rebuild could take some time in a competitive division.

Although the defending champions did not return to the playoffs, fantasy goodness teemed on the left side of the infield in Boston. Breakout years by Xander Bogaerts along with Rafael Devers provide hope for the future. But what will the team do with Mookie Betts ?

Armed with an offense capable of blasting home runs and a bullpen with the ability to shorten games, the Yankees won 103 games despite a litany of players on the injured reserve list all season long. A healthy Luis Severino could be a bargain in 2020 but there will be some risk involved. Not risky, this lineup hitting home runs finishing second in history with 306 in 2019.

Those scrappy Rays fought their way into the divisional series losing to the Astros in a tough five game series. Poster boys for analytics and featuring an offense with some castaways, Tampa finds a way to squeeze all the talent out of its core. Questions of how good they can be in 2020 lies in the health of young starting pitchers Blake Snell and Tyler Glasnow . If both hold up and with Charlie Morton back, this could once again be a team no one wishes to face in October.

Armed with a bevy of talent going forward, Toronto will try to build a contender around its robust farm system. Starting pitching will be a focal point and how the team handles its bullpen will determine how 2020 fares. But, as for offense, the Blue Jays will be a team that pitching staffs will eventually hope to avoid.

Be sure to stay with Fantasy Alarm across all fantasy formats to remain ahead of the competition. If any player piques your interest for a profile in the 2020 draft guide, please let me or Howard Bender know so we can add them to the spreadsheet already being built.